We’re starting with a little business news in today’s 3D Printing News Briefs, as Azul 3D welcomes a new member to its advisory board and yet another industry event has been postponed due to health and safety concerns. Moving on, 3DP4M has been established as a charity by the Jordanian government. ProGlove has achieved serial production runs of a new product in collaboration with DyeMansion and FORMRISE, and cytena has officially launched its single-cell dispensing system. 3D printing company Azul 3D, which develops printers based on High Area Rapid Printing (HARP) technology, announced that Zhenan Bao, an entrepreneur and world-renowned expert in stretchable electronics, has joined its advisory board. A professor of chemical engineering at Stanford University, Bao works to develop flexible, stretchable devices that can interface with skin and could be used in the robotics field, as well as for prosthetics. She is also chairperson of the university’s chemical and engineering department, as well as a co-founder and member of the Board of Directors for Silicon Valley tech startups C3 Nano and PyrAmes. Last year, Azul 3D added two important members to its board of directors, raised $12.5 million in a seed financing round, and formed an exclusive development collaboration with DuPont Electronics & Imaging, and it seems like 2021 will be just as busy.

“Last year brought many successes, all of which validated the capabilities of our record-breaking high-area rapid printing (HARP) technology. I am encouraged that we have so much support from veterans from the 3D-printing industry and electronics experts, who recognize HARP’s unique potential to transform manufacturing,” said Azul 3D’s Co-Founder and board chair Chad Mirkin. “We look forward to another strong year of growth in 2021.” 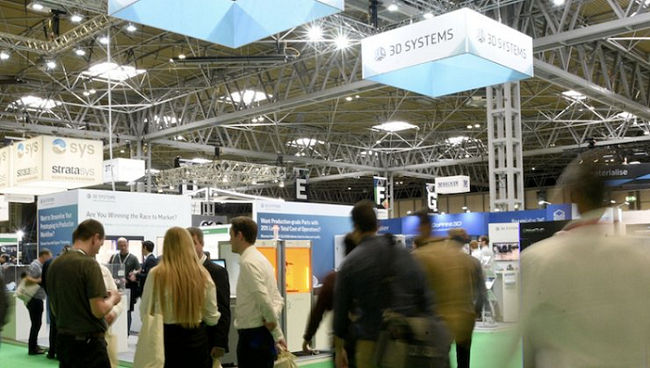 Rapid News Group already had to reschedule TCT 3Sixty once, and now it’s had to do it again, announcing that the new dates for the UK’s flagship event for 3D printing intelligence are now September 28-30, 2021, instead of in June 2021. This will allow the community to (hopefully) plan ahead, and give the worldwide COVID-19 vaccine programs the proper amount of time to have the maximum effect so that all attendees will be safe and secure. The event will still feature live stream feeds that offer interactive, 360° insights, as well as an extensive conference program delivered on multiple stages, a community platform, networking events, and interactive features as well. TCT 3Sixty will be held in Hall 3 of the National Exhibition Centre (NEC) in Birmingham, alongside the Interplas plastics show and Med-Tech Innovation Expo, two other industrial events put on by Rapid News Group.

“I don’t believe anyone thought that our first reschedule would require an adjustment, but the latest information in the UK means the right thing to do is to reschedule the event to enable a further 13 weeks of vaccinations to take place ahead of the event,” said Duncan Wood, the CEO of Rapid News Group.

“On current deployment projections this has the potential to have a huge impact on attendee’s ability to visit and of course the subsequent ability for our community to come together for education, insight, networking and to do business. As an organiser we recognise these connections are what makes live events work and this adjustment means we can be sure of creating more of these connections for the community whilst safeguarding the health and wellbeing of all attendees.” California not-for-profit organization 3DP4ME, which operates in the Middle East, was formed to help people in developing areas get better access to hearing aids by using 3D printing to make them. According to 3DP4ME, only 1 out of 50 people in the developing world who need a hearing aid actually have one, and its mission is to use 3D printing and facilitate access for those who need it. In an email sent to 3DPrint.com, we learned that the organization has continued to grow over the last year, starting with official approval from the Jordanian government as a charity this summer after six years. With its official registration in hand, 3DP4ME signed a lease on a new office space last month, and is also working to set up its hearing express pilot, with a long-term goal of providing 12,000 3D printed hearing aids to those in need; thanks to a donation from Ultimaker BV and its sales partner Raidy, 3DP4ME will soon receive a new Ultimaker S5 Pro 3D printer on which to begin R&D efforts.

“We are so excited about the possibilities for 2021, building on the interest and momentum, to being able to work with those in need and start making a real impact,” 3DP4ME’s Founder and CEO Jason Szolomayer wrote in the email. Startup ProGlove, which manufactures wearable barcode scanners used by companies like Audi, Bosch, and Lufthansa Technik, collaborated with AM service provider FORMRISE and post-processing firm DyeMansion to achieve serial production runs for its new MARK Display product. ProGlove originally used FDM 3D printing to make prototypes of the MARK Display, which presents information like storage and product numbers to the user while scanning occurs, but eventually switched to selective laser sintering (SLS) technology. While the startup appreciated the design freedom and reduced number of components it had with 3D printing the barcode scanner’s casing, there were issues with finishing and part coloring, which DyeMansion has helped it solve through the use of its Print-to-Product workflow. ProGlove says the post-processing takes just three hours, and is now using the process to 3D print and finish barcode scanners at volumes up to 10,000 pieces.

“With the Print-to-Product workflow we saw the development to have competitive parts and to really use SLS for serial production. We have superior surfaces with PolyS­hot Surfacing. That was proven when we approached customers with injection moulded parts, and they said they liked the PolyShot surface even better,” said Konstantin Brunnbauer, VP of Production at ProGlove.

“We have reproducible proces­ses, and every part looks the same. We have a perfect co­louring throughout the surface and these processes enable us to compete with traditional manufacturing technolo­gies like injection moulding. For the end user, the customer, there is no difference. And for us as a manufacturer, the reliable processes give us the freedom to develop and enhance steadily.” Swedish bioprinting manufacturer CELLINK and its subsidiary cytena GmbH have officially launched their rapid, all-in-one imager and single-cell dispenser, UP.SIGHT. The system, which offers a double assurance of clonality and no need for image stitching, is said to increase the efficiency in cell line development workflows, thanks to cytena’s patented, rapid single-cell dispensing technology and high-quality imaging system. According to CELLINK, biologics are used to develop eight out of the top ten best-selling drugs in the world, and developing cell lines is a major part of that. The UP.SIGHT system is certified to help laboratories triumph over their cell line development issues and work faster and smarter, as it can ensure precise cell isolation and monoclonality.

“The UP.SIGHT represents a significant improvement in single-cell dispensing and the cell line development workflow. Until now, the pharmaceutical industry has used a costly, time-consuming and wasteful process when isolating single cells for research purposes,” explained CELLINK’s CEO Erik Gatenholm. “Compared to existing single-cell dispensers, the UP.SIGHT is faster, more efficient and does it all in one device, while they require multiple devices. The UP.SIGHT is an example of the CELLINK Group’s commitment to bio-convergence and finding synergies in biology and engineering to create truly innovative technologies.”