As the firm restructures itself around the companies it has acquired, Desktop Metal (NYSE:DM) maintains a focus on its core technologies. This includes metal binder jetting, with the company’s first Production System P-50 printer shipped out the door. The client? Stanley Black & Decker (NYSE: SWK). For Desktop Metal, this represents the actual commercialization of its mass production technology. For Stanley Black & Decker, this is the latest venture into 3D printing manufacturing for a Fortune 500 manufacturer.

Desktop Metal’s ability to deliver on its promises of high-throughput 3D printing it began making four years ago. Almost $100 million went into the program and, now, the company has determined that it is indeed ready for the public market. Up until now, Desktop Metal had attempted to sate desires for the P-50 with the release of the P-1, a smaller scale demonstration of the company’s take on metal binder jet 3D printing, Single Pass Jetting. The P-50 is meant to be up to 100 times faster than traditional powder bed fusion technologies, with Desktop Metal further claiming that it could “enable production quantities of up to millions of parts per year at costs competitive with conventional mass production techniques.” The company has already qualified 10 materials for the machine, ranging from pure copper to nickel alloy.

As its engineers and materials scientists finished development of the large-scale printer, the company purchased firms that could help boost its revenues and maintain its image. This included EnvisionTEC, polymer-focused and 3D printing company with an established and substantial base, and Forust, a wood binder jetting startup with a truly interesting technology. The acquisition of ExOne allowed the company to swallow up a leading competitor, while also strengthening its own binder jetting expertise. 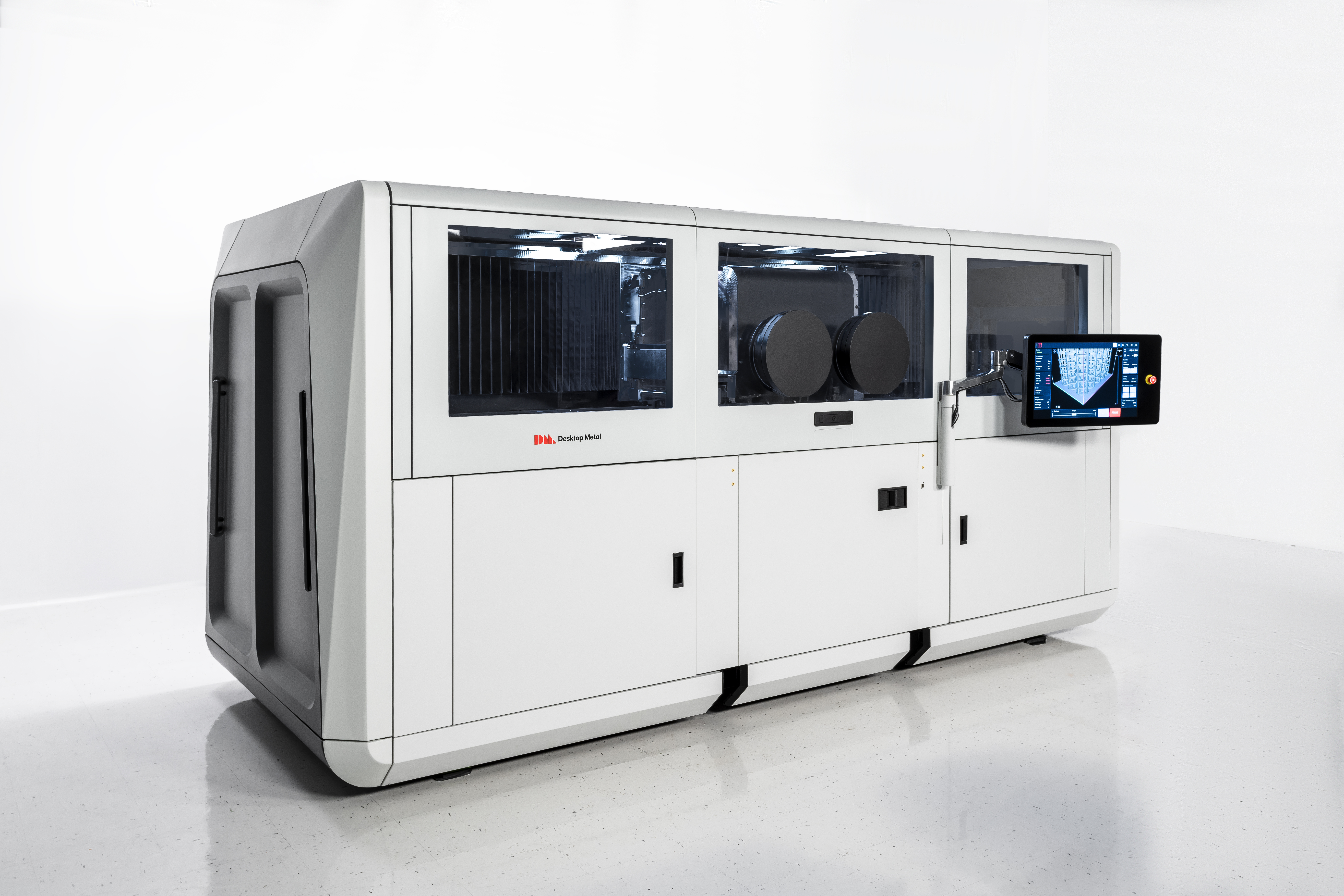 Nonetheless, the market, as it was rocked with COVID-19 and supply chain issues, wasn’t entirely friendly with Desktop Metal. It did end 2021 with a tenfold increase in revenues, but was also hit with $67 million in losses. All along, it continued to build out its portfolio, tackling 3D printing applications and expertise with the purchase of Aidro and Meta Additive.

Now that the highly anticipated P-50 is finally shipping, the company may be able to begin fulfilling the image it projected when it emerged from stealth in 2017. That was the year that the World Economic Forum named it a Technology Pioneer before it had even begun shipping any technology. Desktop Metal’s first P-50 customer is no one to balk at. With revenues of $15.6 billion as of 2020, the nearly 180-year-old Stanley Black & Decker is a manufacturer of industrial tools and household hardware. Well-known brands include DEWALT, BLACK+DECKER and CRAFTSMAN. This isn’t the company’s first 3D printing rodeo, either.

In 2018, Stanley Black & Decker created a 3D printer with Sindoh as its partner. It has already invested in Stratasys spin-out Evolve Additive as a part of its efforts to find and fund exciting startups. Other startups backed by the toolmaker include A.D.A.M. and MetalMaker 3D. Prior to purchasing the P-50, the company also acquired a Metal X metal deposition system from Desktop Metal competitor Markforged. Stanley Black & Decker has also applied its expertise to 3D print specialty tools using generative design.

Now, with the P-50 system, the company will be able to determine if Desktop’s metal binder jet is the process it needs to take 3D printing from an idea technology to a technology of mass production.