Leading biotechnology firm BICO has been issued two patents to help regulate and control temperature during the 3D bioprinting process. According to its inventors, they will allow for higher cell viability and better reproducibility when bioprinting temperature-sensitive bioinks such as collagen. These innovations are expected to accelerate scientific research and drive advancements across tissue engineering, disease modeling, and 3D cell-based assays for drug discovery.

Developed by BICO subsidiary CELLINK, the two patents will strengthen its protection for intellectual properties and complement its complete portfolio of solutions. BICO sources told 3DPrint.com that at the end of 2020, the company had more than 230 patents and patents pending. Still, that number is likely much higher with its recent acquisitions, including the six companies that BICO has acquired since it rebranded.

As one of the pioneering bioprinting startups in the industry, CELLINK has created a broad portfolio of technologies, including extrusion-based bioprinters like the INKREDIBLE and BIO X; light-based bioprinters, such as the Lumen X; and tissue-specific bioinks in ready, easy to use cartridges. The products are in more than 2,000 of the world’s most innovative labs, including at leading universities like Stanford and Harvard, as well as renowned institutes like Brazil’s Human Genome and Stem Cell Research Center and São Paulo Research Foundation, and even pharmaceutical giants such as Merck, Novartis, AstraZeneca, and Johnson & Johnson. CELLINK began commercializing bioinks in 2016. Today it is one of the largest bioprinting firms in the industry. Image courtesy of BICO.

Seeing how 3D bioprinting is quickly becoming an essential tool for the biofabrication of human tissue models and 3D cell-based assays, CELLINK says that maintaining precise temperature during the printing process is paramount while bioprinting collagen and gelatin-based bioinks in order to ensure increased printing consistency, less downtime due to clogging, and less material waste.

Working towards that goal, CELLINK was issued a patent by the US Patent & Trademark Office that focuses on temperature regulation of a bioprinter’s print bed to enable precise control of the gelation process of bioprinted structures with temperature-sensitive bioinks, such as collagen and gelatin. According to the filling, the invention discloses a print bed that provides a means for regulating the temperature both up and down, enabling a temperature control that is both accurate and more responsive compared to conventional print beds using printed circuit boards, PCBs, or film heaters, such as a polyimide film. 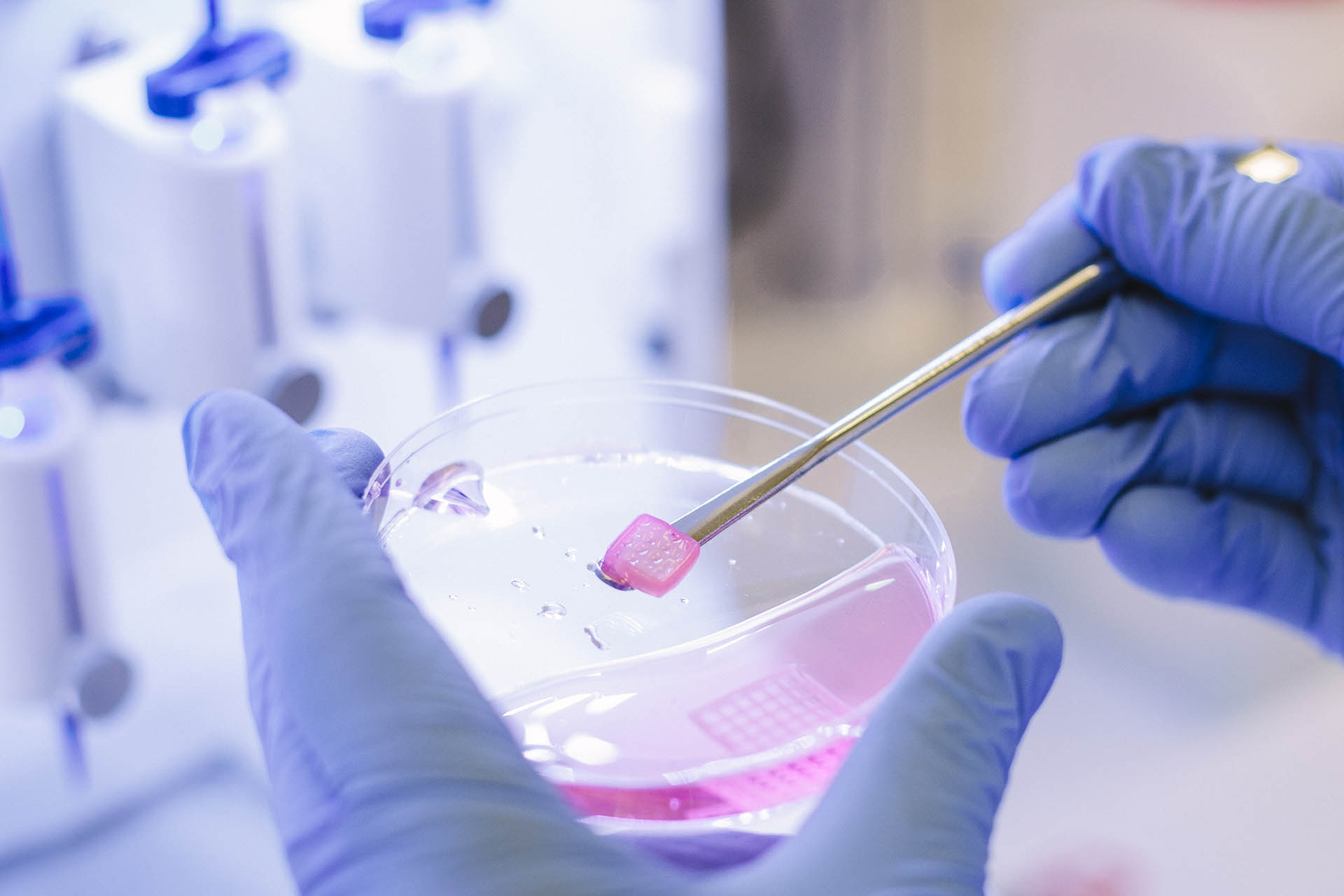 Dispensing systems are in demand for applications that require accurate, uniform, process-controlled, and high throughput of repeatable depositions. In the life sciences applications, in particular, dispensing systems are ideal for cell culture media, RNA samples for PCR analysis, and 3D bioprinting. Thereby, a temperature-regulated dispensing system can lead to increased reproducibility, printing consistency, less downtime due to clogging, and less material waste while achieving higher cell viability, according to BICO. 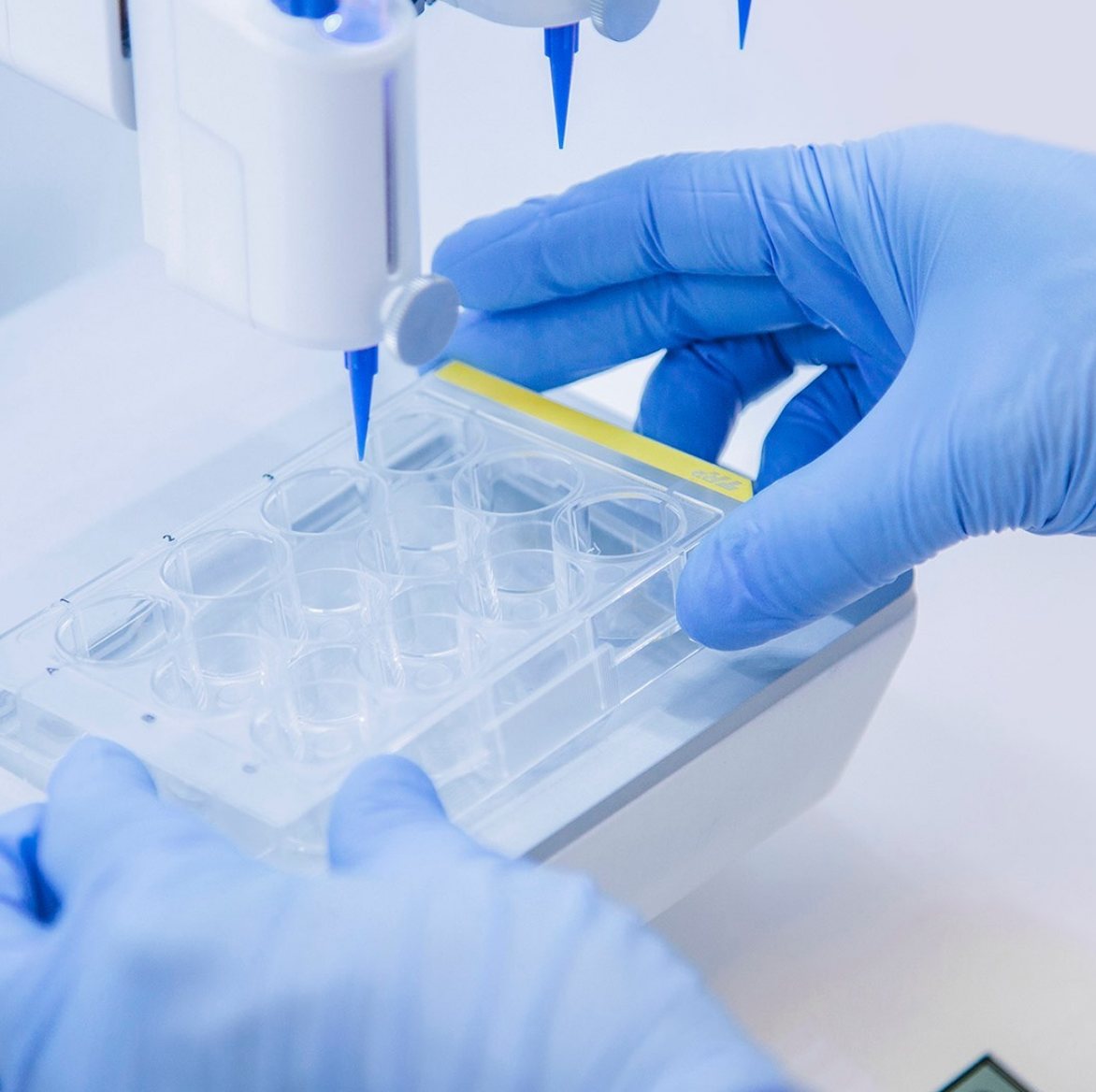 There is an increased demand from labs for automation, robustness, and accessibility. Image courtesy of BICO.

Focused on revolutionizing the future of medicine and health through the convergence of crucial biotechnologies, BICO and CELLINK are developing processes to accelerate drug development and eventually alleviate the strain on organ transplants. These patents are essential milestones in that mission, claim company founders Héctor Martínez, BICO Chief Technology Officer, and CEO Erik Gatenholm.

“Our customers around the world are continuously pushing the limits of science using our technology and I’m excited to see how they use these innovations to help make the world a healthier place,” said Martínez.

Just two months after rebranding, BICO struck a deal to acquire a German manufacturer of advanced sample preparation automation called QInstruments GmbH for €61.25 million (roughly $71 million) and California-based life sciences company Advanced BioMatrix for $15 million, making them the seventh and sixth acquisitions, respectively, in just one year. As the company continues to expand by acquiring startups and developing more biotechnology, it is growing at an unprecedented rate in the 3D bioprinting universe, and co-founders Gatenholm and Martínez consider this an ideal scenario to democratize critical workflows in advancing healthcare.