It is rumored that Benjamin Franklin proved that lightning was caused by electricity simply by flying a kite during a thunderstorm, when a pointed wire on his kite drew the “electric fire” from thunderclouds overhead. While no one knows for sure if Franklin ever actually performed this experiment, it is a fact that he did propose it in a publication he wrote in 1750. Regardless, kites have been used for all sorts of things over the past 1500 years or so. For me, I remember going outside on a windy day, flying my superhero-themed kite with my brother and dad in an open field across the street from our home. Boy was that a ton of fun.

While my kite was one of those cheap plastic versions purchased at a local Walmart, it did the job in keeping me busy for hours on end. For one German maker, named Sergej Bekauv, the recent Thingiverse ‘Catch the Wind’ Challenge enticed him to create his own unique 3D printed Triforce kite. “As a huge fan of Thinigiverse and of 3D-printing, I discovered the Catch the Wind Challenge,” Bekauv tells 3DPrint.com. “One windy day I decided to fly a kite which I had also made myself. There I remembered the challenge and suddenly had the idea to create/design my own 3D-Printed kite.” 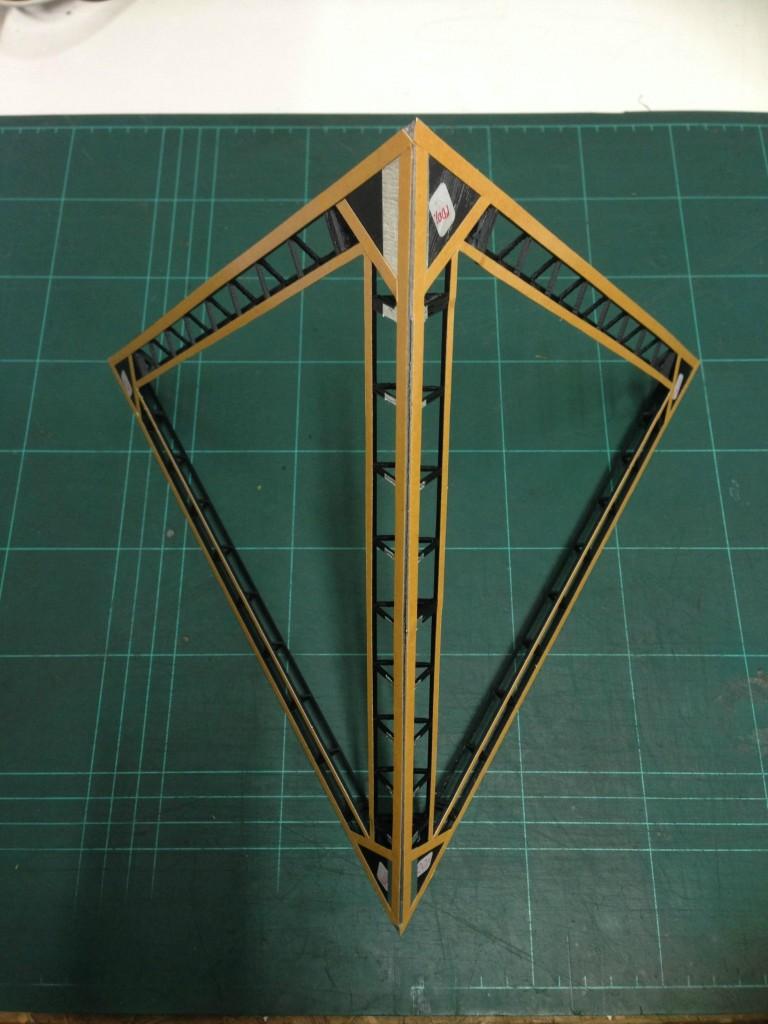 As a child, Bekauv remembered how much of a pain in the neck it was to assemble and dismantle his kites, so he set out to create a better method. He began by drawing and prototyping various designs, before coming up with one that he thought would work best. He came across a 3D printed parametric hinge design on Thingiverse, created by a man named Benjamin Morgan, and decided that it would be perfect for the creation of his kite.

“After successfully 3D printing and assembling the test frame, I knew that it would work,” he tells us.

Using Rhino 3D version 5.0, he designed all of the various frame parts, before 3D printing all 27 of them on his CTC 3D Printer which he purchased about 2 months ago. In all, it it took him about 2-3 days to print and assemble all of the pieces, which are glued together using a two part epoxy adhesive. For the sailcloth that goes around the frame, Bekauv used a gold/silver rescue sheet, and double-sided tape to hold it on.

As for how the kite flies, Bekauv, who is currently studying Product Design at the University of Kassel in Germany, tells us that it does an excellent job as long as there is “a steady, but not too strong wind.” “My dream is to print the whole kite at once, with a 3D printer that has a big enough build platform,” he tells us.

In the meantime, anyone interested in replicating Bekauv’s unique 3D printed kite can download all of the necessary files for free from Thingiverse and fly their own love of the Legend of Zelda’s symbol in the sky. What do you think about this kite? Discuss in the 3D Printed Triforce Kite forum thread on 3DPB.com. Check out the videos of the kite below.