Good, Form & Spectacle, a London design firm, spent some time recently redefining the meaning of what a museum is–and can be–during their major research project called ‘The Small Museum.’

While many of us most often expect the museum experience to mean traversing on planned day or weekend trips for hours of perusing pieces of art and history artifacts in big, ornate old government-built buildings, or sleek streamlined edifices of all sizes funded by wealthy benefactors, perhaps there is another way of looking at what the museum has to offer.  Good, Form & Spectacle wants to offer the experience in its more basic and literal sense, as something that simply houses new works and artifacts of art, history, science, and more—in ways you might not expect.

Museums do, obviously, come in all shapes and sizes, and most of us have great memories of smaller, more intimate settings for checking out art and history. But how about 3D printed, and in a box?

Good, Form & Spectacle is a small firm that focuses on research projects that study “cultural heritage space.” Their work centers around considering: For the Small Museum project, along with the ‘Museum in a Box’ project, the group wanted to experiment with the concept of a museum that was just created—from scratch—today. They set to work creating a ‘a real-life cultural heritage research museum.’ Almost like an art installation in itself, the museum is a ‘working model.’ The team invited artists, designers, students, and technologists not only as viewers, but as partners and peers who were also welcomed to use their data for their own research.

Questions revolving around building this working cultural model were:

“We’ve thoroughly enjoyed prototyping how a very small museum might operate in public,” said Tom Flynn of Good, Form & Spectacle. “We worked with our doors open, inviting anyone to come in and talk with us, and to experience the work, which included a new exhibition each day. We were also joined by some invited guests including technologists, artists and academics who came to visit and help form and implement our ideas.” For Museum in a Box, the team had a multi-faceted project on their hands, exploring both photogrammetry and 3D printing, media coupled together that we’ve reported on previously being used in restoring archival museum material, as well as in use for digital imaging from drones.

For this project, the group wanted a device to function for exploration of ideas within the Small Museum, with the long-term possibility of it becoming an independent item. The curious box contained ten objects from the British Museum collection which were 3D printed using the technology of photogrammetry, which is the science of making measurements from photos, with output generally starting with a map or 3D model.

The idea of the research project was to look at: As the team hoped to get conversation and content flowing, viewers were treated to 3D printed visions of:

“With regards to photogrammetry and 3D printing, we worked specifically on how miniature reproductions could be used as tokens or even keys to unlock more information about an historic artefact or historical theme,” said Flynn. “We developed two main interaction concepts using the objects directly, particularly Hoa Hakananai’a and The Rosetta Stone.”

The ultimate goal for the Museum in a Box idea is indeed to not only attract funding for the project but also to sell the sets, which right now at the prototype level would be quite costly at about £350 total (around $520 USD), though this amount will be lower as the project continues. 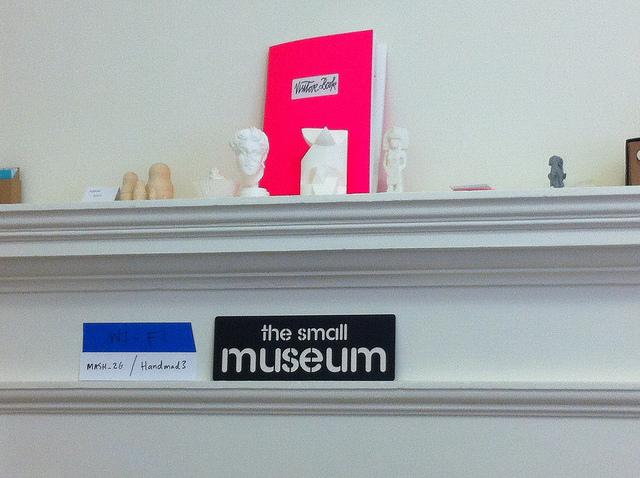