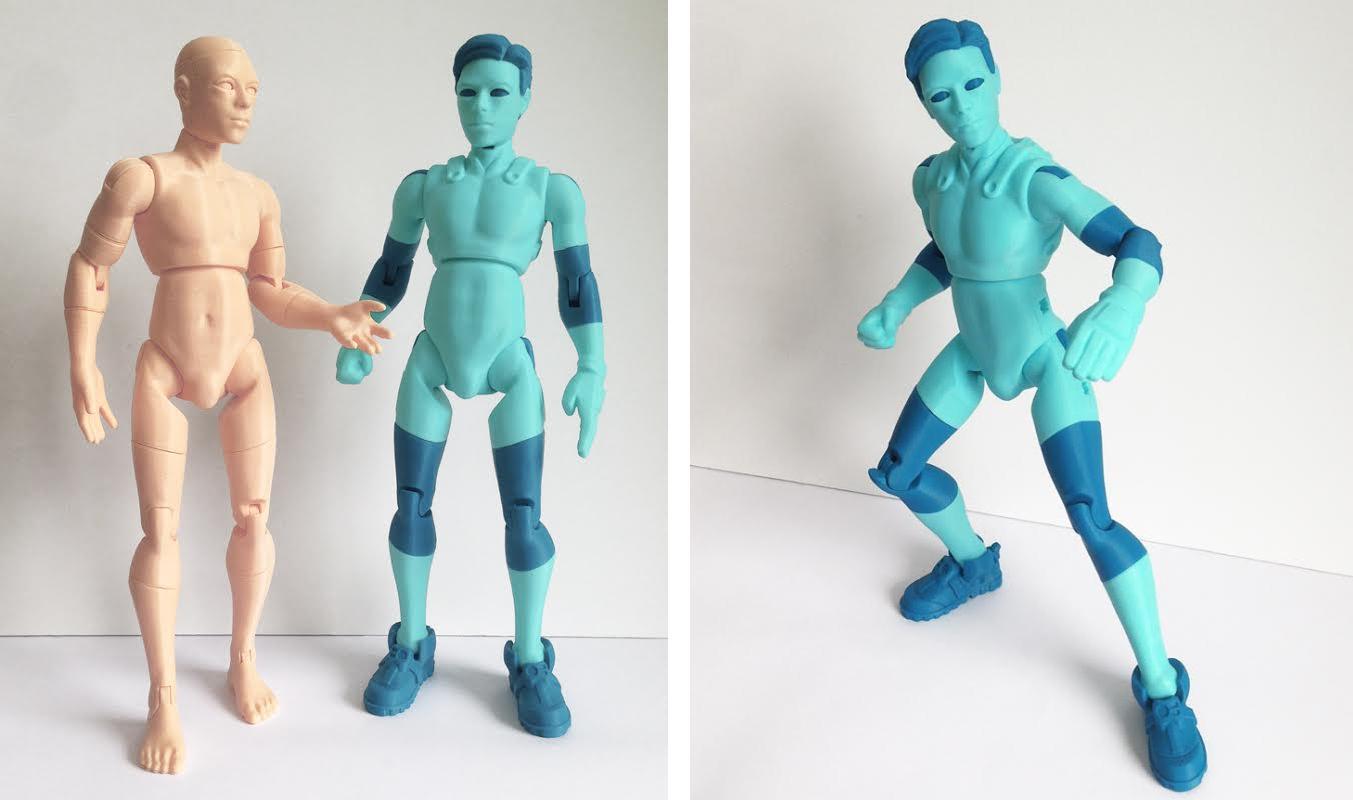 3D printed action figures have been becoming quite popular as of late, and I’m not referring to 3D printed figurines that just sit there and look pretty. I’m talking about fully articulated toys which feature many movable parts. With the advancements in 3-dimensional design capabilities, and the experience that designers are beginning to accrue when it comes to 3D printing, we are finally starting to see some very creative designs become available for at-home desktop 3D printing.

One company, called 3DKitbash, has built a business model around creating intricately detailed 3D printable objects that they make available for purchase and download. Back in December, we reported on the company’s Kickstarter campaign that they launched in order to fund the development of a 3D printable action figure called NiQ. When all was said and done, 3DKitbash ended up raising $3,833, exceeding their funding goal of $3,000. “NiQ is the latest 3D model by 3DKitbash,” Natalie Mathis, Co-Founder of 3DKitbash, tells 3DPrint.com. “He will be available as a digital download for sale on the soon-to-be released updated version of 3DKitbash.com. NiQ teleports to Earth from the planet Filamento, like his sister Quin, the 3D-printable doll who was released by 3DKitbash in 2014. NiQ’s digital files have been delivered to Kickstarter backers all over the world. This year he will make appearances at NYC 3D Print Design Show and Bay Area and NYC Maker Faires.”

NiQ is designed in such a way that he 3D prints free of support and requires absolutely no glue to assemble. His 3D printed parts snap together right off of virtually any desktop 3D printer, using 3DKitbash’s special ‘pin system.’ Like all of 3DKitbash’s models, there is no post-production cleanup required.

“We set out to give people of all skill levels an optimal and fun 3D-printing experience that also yields an impressive end product,” Mathis tells us. “We call that ‘maker play’. NiQ and Quin are quite photogenic, especially because they are articulated and pose-able.” Not only are these action figures fun to look at and play with, but there is also a story that goes with them. According to legend, NiQ decided to teleport to Earth because the evil kaiju monsters found out that Quin had discovered teleportation and they have set out on a quest to find her and take the technology for themselves. NiQ had to come to planet Earth as fast as he could so that he could warn her and elicit her intelligent mind to stop these horrendous monsters.

As for NiQ, he and Quin will be on display this April in NY, and 3DKitbash has a special surprise for visitors at the 3D Print Design Show as well.

“We have an awesome customer named Toon, who lives in Belgium, and printed our NiQ and Quin at 200% scale in woodFil. They’re stunning prints,” says Mathis. “He uses an Ultimaker. We told Ultimaker about him, and they asked him to ship his prints of our NiQ and Quin so they can be on display during the NY Print Design Show at the Ultimaker community area. We’re beyond excited to see them in person.”

What do you think about NiQ? Are you looking forward to 3D printing your very own? Discuss in the 3DKitBash forum thread on 3DPB.com.