When I mention the phrase ‘3D printer music,’ you likely think of one of the numerous 3D printed musical instruments we have covered over the last year. Perhaps the saxophone printed by Olaf Diegal, or the world’s first 3D printed live concert, which was hosted at Lund University in Sweden, came to mind. Maybe you thought about MakerBot’s percussion instruments that they released the files for on Thingiverse, or even the woman who printed the hand-cranked record player. What you most likely did not even consider is that perhaps I was referring to 3D printers actually making music themselves.

That’s just what several individuals have been doing, especially recently in the release of several very awesome 3D printer tunes on YouTube.

As you likely know, most 3D printers are not exactly quiet. In fact, noise is oftentimes one of the biggest complaints of individuals who recently purchased a 3D printer. I personally can’t stand printing documents on my 2D printer when I’m trying to concentrate at my desk, much less a 3D printer. With that said, the sounds emitted from these sophisticated devices also can be music to your ears, quite literally. By hacking a simple MIDI file, and then outputting a Gcode which will produce the same frequencies and duration of each note within the music, the stepper motors are able to put out quite an incredible ensemble.

I’ve actually heard quite a few amazing musical performances over the last year put on by the likes of Ultimaker, PrintrBot, MakerBot, and others, but this latest one, performed by a Rostock 3D printer, excited me the most, while bringing back fond memories of the mid- to late 1980’s. What more could you ask for than the Mario Bros. theme song, produced by stepper motors, nearly perfectly?

This week seems to be one filled with music for some reason. As I was listening to the Mario Bros. music above and browsing Reddit at the same time, I stumbled upon Reddit user silviustro’s recent post where he used his 3D printer to perform quite a spectacular rendition of the ‘Imperial March’ from the Star Wars films. Check out this performance below:

Anyone with a 3D printer can turn their manufacturing machine into a musical machine if they have the patience, know-how, and a little bit of skill. In fact, a decent tutorial along with links to programs needed for MIDI-to-Gcode conversions can be found here. I have to admit it’s quite amazing how someone was able to figure out just which motor movements would equate to each note within a MIDI, but the work is done already for you, so enjoy!

Check out a couple other 3D printer songs I have stumbled upon while researching this article. Let us know which one is your favorite, and of course, feel free to upload your own and share it in the 3D Printer music forum thread on 3DPB.com.

Zelda Theme Song on an Ultimaker:

Airwolf Theme Song on an Ultimaker: 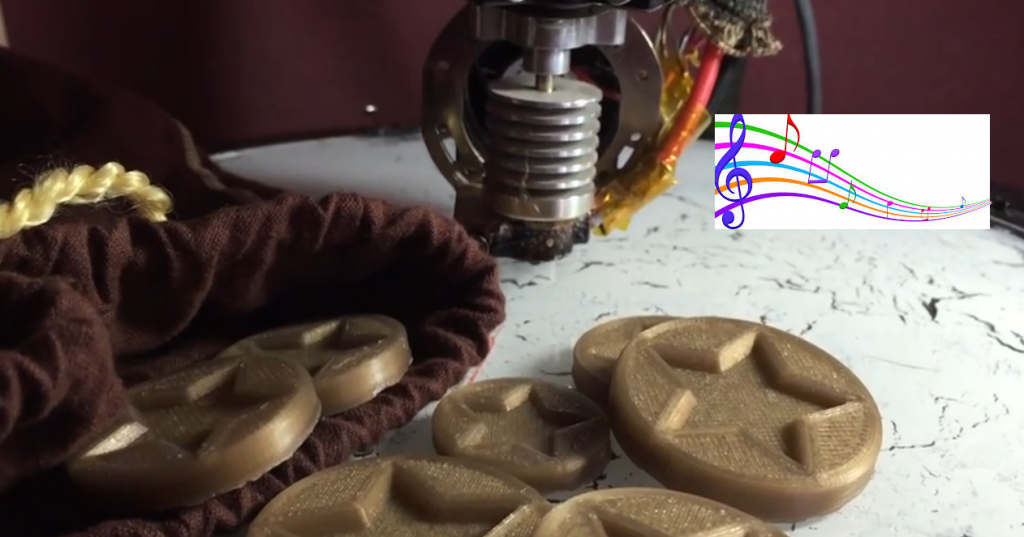