Directed energy deposition (DED) technology is increasingly demonstrating the potential for use in 3D printing large-scale metal parts, particularly for the aerospace sector. Now, Germany’s MT Aerospace wants to further standardize DED 3D printing through the establishment of a European competence center for 3D printing large structures. To accomplish this goal, the company has acquired a system from BeAM.

The first system in its arsenal is the BeAM Modulo 400, which features blown-powder deposition using a 5-axis architecture relying on Siemens’ Sinumerik for control. To test the possibilities of reactive materials, such as titanium alloys, the system includes a sealed internal enclosure with antechamber. Beginning with medium-sized parts, the company will qualify the technology using a variety of materials and across the entire process chain, from preparing print data to finishing the printed part to certifying parts for aerospace applications. 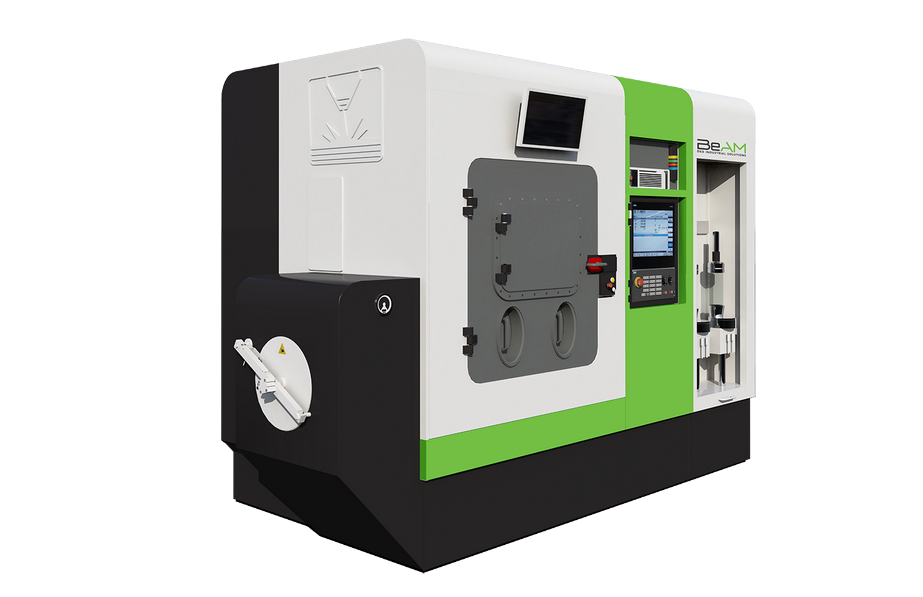 MT Aerospace has already exhibited confidence in the technology for its ability to 3D print thin-walled geometries without support structures. Other benefits of its DED, according to BeAM, include the ability to print multiple materials, sandwiching a soft metal within a hard, wear-resistant metal. Building off of this latter capability, BeAM believes that it will be possible to eventually 3D print graded materials, as opposed to the currently discrete sandwiching technique.

Through its competence center, MT Aerospace will apply DED printing to its own products, as well as those associated with its parent company, the OHB Group. Whereas MT Aerospace is focused on the construction of lightweight metal and composite parts for space and aerospace applications, OHB’s dedication goes beyond metal to encompass on all things related to space travel, satellites, rocket travel and associated technologies. In addition to manufacturing parts for OHB Group, MT Aerospace will ultimately become a service provider for 3D printing DED parts.

Though this may be a first major step in becoming a service provider for DED 3D printing, this is not MT Aerospace’s first entry into AM more generally. The company has worked with several European partners—including Deutsche Bahn AG, MT Aerospace AG, Siemens Mobility GmbH and TÜV SÜD—to develop the DIN SPEC 17071 standard as a precursor for an ISO/ASTM standard for AM quality assurance. The company then partnered with Oerlikon, which offers metal AM powders and services, to accelerate the adoption of AM in aerospace and military applications.

Outside of MT Aerospace itself, OHB Group has been involved in developing 3D printing technology for use in space. At the core of this effort was a European Space Agency project to send a 3D printer to the International Space Station (ISS). As a part of a consortium that included Sonaca Space, Active Space Technologies SA and BEEVERYCREATIVE, OHB was tasked with selecting and testing parts to be printed on the ISS and making changes to the printer so that it would meet the safety requirements of a manned space environment. This came after an OHB-led project to determine the feasibility of 3D printing a moon base and a project dedicated to 3D printing stem cells in space.

BeAM, a subsidiary of AddUp, has already established itself in the aerospace sector, alongside other industrial verticals. The purchase from MT Solutions will not only further expand its customer base there, but also introduce it to the space applications of the larger OHB Group.