There is no doubt that viral disease transmission is a risk to many countries, one that requires a coordinated international response and a strong scientific basis to feed our understanding of viral outbreaks that cause some of the worst diseases in the world today. There have been dozens of registered alerts in the past decade; for example, in July, the World Health Organization (WHO) declared the current Ebola outbreak in the Congo a public health emergency of international concern, while last year, there was a Nipah Virus encephalitis outbreak in the Kerala state of India, and let’s not forget the Zika pandemic of 2016 that caused more than 3,700 children to be born with birth defects. All these warnings are crucial evidence that our world is immensely interconnected and surprisingly vulnerable. Moreover, researchers and scientists are racing to develop urgent and proactive measures to address the challenges that viruses, including those that are yet unknown, pose to global health and security. To that purpose, the Global Virus Network (GVN), which catalyzes collaborative research into diseases caused by every class of virus in humans and animals, announced the addition of the Wyss Institute for Biologically Inspired Engineering at Harvard University as one of its new Centers of Excellence.

Wyss will provide its virus expertise and core technologies, including their human Organ Chips, which they began developing in 2016, along with researchers from the Harvard John A. Paulson School of Engineering and Applied Sciences (SEAS). The first entirely multi-material 3D printed organ-on-a-chip was a Heart Chip with integrated soft sensors to track the beating tissue. It can be quickly fabricated with customizable size, shape, and other physical properties while allowing researchers to easily collect reliable data for extended times in culture.

At the time, Johan Ulrik Lind, first author of the paper and postdoctoral fellow at SEAS and the Wyss Institute, declared that the new “programmable microfabrication approach to building organs-on-chips not only allows us to easily change and customize the design of the system but also drastically simplifies data acquisition.”

Organs on chips mimic the structure and function of native tissue and have emerged as a promising alternative to traditional animal testing. For the Heart-on-a-Chip, Harvard experts developed six different inks that integrated soft strain sensors within the microarchitecture of the tissue. In a single, continuous procedure, the team 3D printed those materials into a cardiac microphysiological device.

3D printing has proven very helpful in creating and integrating multiple functional materials within printed devices. But Wyss will also contribute their knowledge on genome engineering, synthetic biology, and immunomaterials, as well as diagnostics capabilities to participate in GVN’s collaborative approach to virus detection and therapy.

It is one of six new Institutes to join the GVN as Centers of Excellence and Affiliates, including the Manipal Academy of Higher Education, in India; The Tropical Medicine Institute “Alexander von Humboldt” of the Universidad Peruana Cayetano Heredia; the Korea National Institute of Health’s Center for Infectious Diseases Research; the Research Institute of Virology, at the Ministry of Health of the Republic of Uzbekistan; and the Antiviral Pharmacology Laboratory and Clinical Trials Research Center Virology Program at the University of Zimbabwe. The conglomerate already houses 52 centers and nine affiliates in 32 countries and is founded on the principle that preparedness for emerging viral diseases will need deeply rooted collaborative research between local and global partners, and the transformation of diagnostic tools and regional surveillance networks.

The announcement was made in late October by the GVN’s President Christian Bréchot and Robert Gallo, Co-Founder and Chairman of the International Scientific Leadership Board of the GVN and best known for his role in the discovery of the human immunodeficiency virus (HIV) and in the development of the HIV blood test.

“Since HIV/AIDS first appeared, I strongly believed mankind will best be served if the world’s leading virologists are organized and better equipped to deal with existing and new viral threats,” said Gallo. “These diverse new members of the GVN add depth of expertise and global reach to our network. They will help us better combat viral threats and train the next generation of virologists.”

Wyss will help leverage recent insights into how Nature builds, controls and manufactures to develop new engineering innovations, a new field of research that institute researchers are referring to as “Biologically Inspired Engineering”. They claim that by emulating biological principles of self-assembly, organization, and regulation, Wyss is developing disruptive technology solutions for healthcare, energy, architecture, robotics, and manufacturing, which are translated into commercial products and therapies through the formation of new startups and corporate alliances. 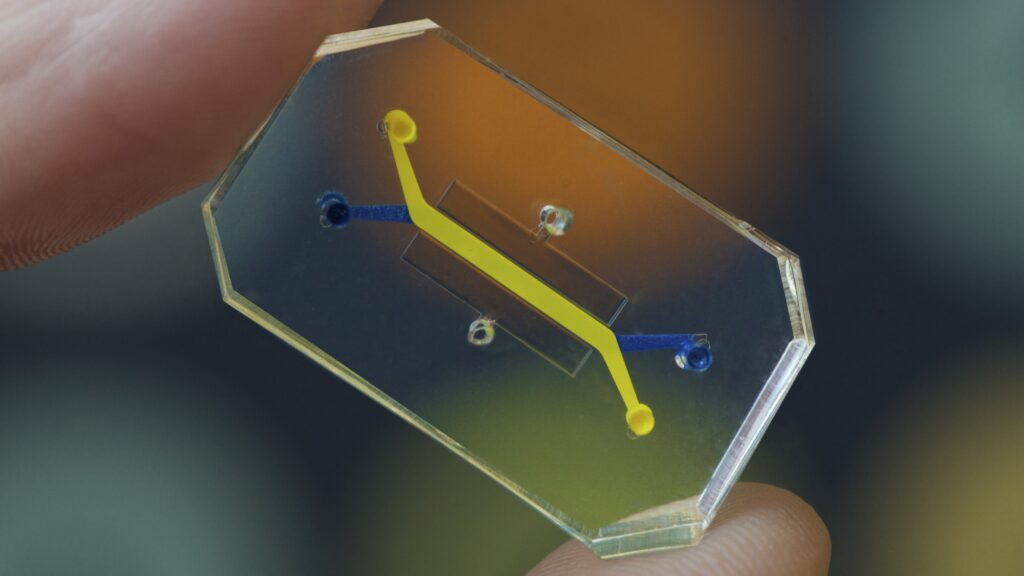 “We offer the GVN a truly unique skill set in bioengineering and technology innovation that will nicely complement the more classic virology focus of most other members of the network, as well as numerous powerful enabling technologies that GVN members should find extremely useful. We look forward to the GVN helping us to identify relevant funding opportunities and sources of clinical samples, and to team with us to build stronger consortia around specific problems, and if possible, to provide support for fellows and trainees,” confirmed Wyss Founding Director and Professor of Bioengineering at SEAS, Donald Ingber.

Wyss has been at the forefront of bioengineering technology for many years, with two researchers working on a new way to develop 3D printed organs, and a multi-disciplinary team looking to create a functioning kidney subunit with current work to build the branched vascular networks unique to each organ. It’s also launching a human Organ Chip project to model influenza virus infection and develop new therapies. It’s an exciting time for Wyss and now will become even more challenging as they attempt to solve together with other worldwide institutions some of the most devastating viruses we have ever seen. “The GVN continues to serve as a catalyst uniquely connecting top virus research institutions from around the world to build collaborative, effective alliances and eradicate viral threats. In fact, these six Centers and Affiliates perfectly illustrate the concept of combining Centers with highly complementary skills, from all over the world,” said Bréchot, who is also Professor at the University of South Florida.

Increasing population mobility across permeable borders coupled with weakened health systems is a terrible combination that can lead to the spread of outbreaks, epidemics, and pandemics. The GVN is recruiting some of the most forward-thinking institutions around the world to provide a defense to the emerging, exiting and unidentified viruses on the planet. Working closely to advance knowledge and provide treatments to combat these deadly viruses is the first line of defense, avoiding outbreaks to go from specifically delimited areas to countries, and beyond. Using some of the most advanced technology, like 3D printing Organ Chips, bioprinting and bioengineering can make a big difference in the way humans target, resolve and treat evolving biological agents.