Niobium Based Alloy, C-103, Commonly Used for Aerospace Applications, is Successfully 3D Printed With, by MTI

Space travel and 3D printing are two technologies, which up until a couple of years ago, were rarely ever mentioned in the same sentence. Now it seems that NASA as well as SpaceX are all over the new method of digital 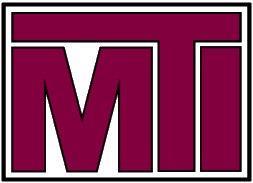 fabrication, called 3D printing/additive manufacturing. Whether it’s NASA who is taking the first 3D printer to Space later this year, or Elon Musk’s SpaceX who is using an additive manufacturing process to fabricate several crucial parts of their new engine thrusters, 3D printing is now a major player within current and future space missions.

As both public and private research expands into the uses of additive manufacturing in space, one of the main objectives will be to find and produce new metal-alloy materials which are capable of withstanding the harsh environments outside the Earth’s friendly atmosphere, while also remaining cost effective and light-weight. Both NASA and SpaceX have already shown us how they have cut down on the weight of certain components by utilizing materials such as inconel, a nickel-copper superalloy, as well as titanium. As we move forward into further applications of 3D printing within the aerospace industry, new materials will begin to be adapted to function in a powder form, with laser sintering machines. This is already beginning to occur.

Metal Technology (MTI), a company with a long history of manufacturing metal components and parts for space applications, has recently announced that they have successfully 3D printed test coupons out of a metal alloy known as C-103. C-103 is a Niobium based alloy which is widely used is aerospace applications because of its incredible heat resistance, as well as its light-weight, cost, reliability, and ability to stand up to intense vibrations and cryogenic temperatures. It was actually first used in space decades ago by NASA, within the Apollo command module.

“This project began in January, 2014 when we decided to pursue additive manufacturing as an additional capability to our operations. It’s a natural evolution of our work with C-103, to provide customers quicker delivery and more complex geometries,” said Steve Smith, MTI’s Director of Sales & Marketing. The exact composition of C-103, excluding the main element of Niobium is as follows: The ProX 300 printer from 3D Systems, used by MTI

The alloy has a melting point of 4260 ± 90ºF, and a density of 0.320 lbs./cubic inch, making it ideal for use in space, as well as for components used within super-heated thrusters, and rocket engines.

For those who were wondering, the sintering of this powdered alloy was accomplished on a 3D Systems’ ProX 300. Let’s hear your thoughts on this new method of printing an alloy, which has many far reaching uses within the aerospace industry, in the C-103 Niobium 3D printing forum thread on 3DPB.com.