High on the list of thankless household tasks like mowing the lawn, doing the dishes, and taking care of laundry chores is vacuuming floors.  The monotonous and time-consuming activity of sucking up all the nasty detritus that collects on floors has inspired products like the Roomba, a not-very-inexpensive solution to the problem. 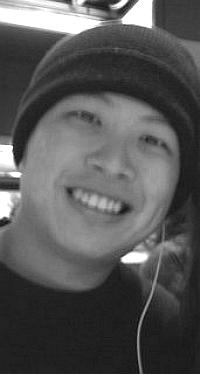 Lee is a product and industrial designer from Taiwan, and at age 36, he’s about to welcome the birth of a son, hence the name of his cleaning robot project.  Lee says his son’s nickname, “Panda,” provided him a ready name for this interesting, 3D printed vacuum project, Panda – The Ultimate Cleaning Robot.

He says it’s an an improved version of a previous attempt he made at designing and building a cleaning robot, and this one features more robust construction, air suction, a sweeper, and roller brush.

The robot is able to randomly select a direction to move, and then it’s capable of detecting obstacles and sudden dropoffs.  And don’t think taking on this project is a weekend chore as it required Lee nearly a full month to draft the mechanical layout, plan the electrical system, and square away the software. A previous version of the Panda

A couple of years ago, Lee had built a previous attempt, but due to its very small footprint and the requirement to have a connected power source such as PC to make it run, he wanted to take another shot at building something more autonomous.

This latest version features a list of 3D printed parts such as a top and bottom housing, a mid housing, a pair of battery covers, a gear box cover, and a dust chamber. Add in a couple of 135 RPM gear motors to drive the wheels, a 1000 RPM motor to drive the roller and sweeper, a DC 3V motor for the vacuuming tasks and driving the fan blade, and an UNO board and eight batteries, and you have a rather complex device indeed.

Lee says he designed the robot to fit within the dimensions of his MakerBot’s build area and used PRO_E to take on the 3D modeling tasks.

He says that it took “an enormous amount of time to complete this project” but adds that he was pleased with the result. You can check out his highly detailed Instructable here. 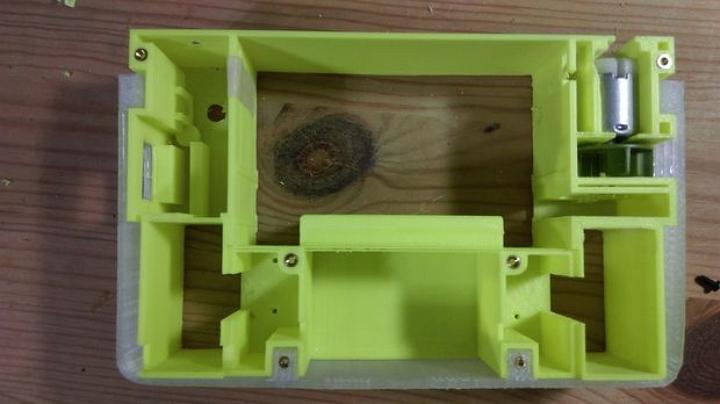