When it comes to prosthetic hands and arms, 3D printing has been making a huge impact, especially when we talk about accessibility for children and teenagers. Children are at a disadvantage when it comes to being fit with a functional prosthesis, simply because their bones are still in the growing phase. This means that the typical prosthetic hand only lasts for about 2 years before these young patients outgrow them and require another. 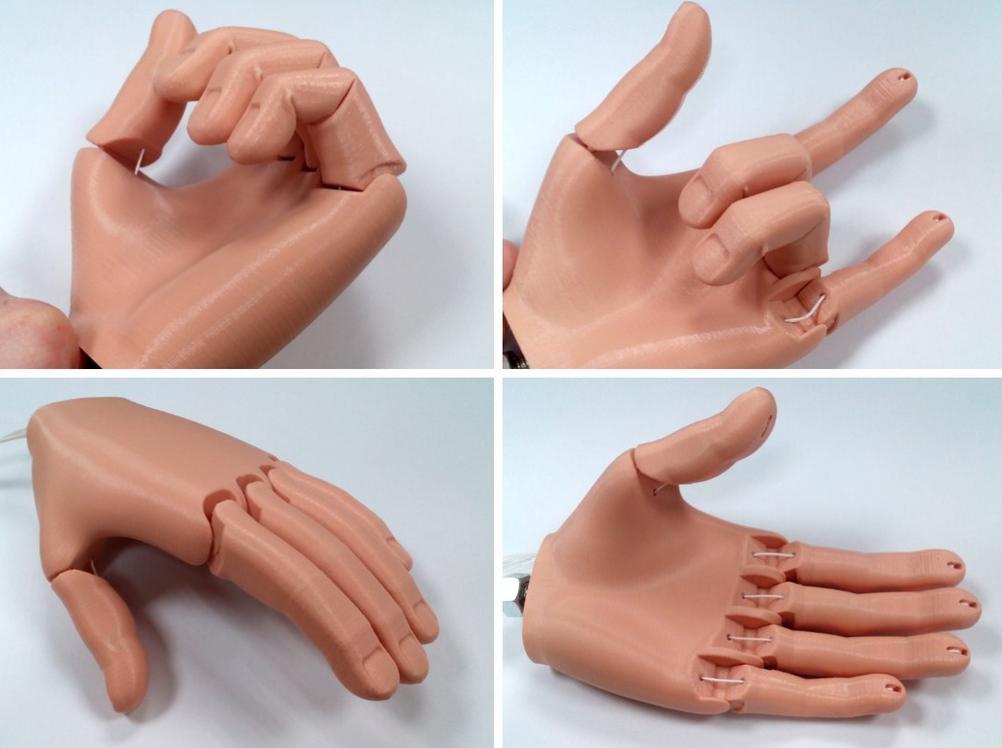 Thanks to 3D printing, and mostly to an organization called e-NABLE, these children with upper limb differences are now able to have a prosthetic device created for them for under $50. Most 3D printed prosthetic hands are typically robotic looking, printed in a huge range of colors, in a manner that is very eye catching (usually in a good way). However, some children, and and most adults would prefer a prosthesis that is more inconspicuous, something that blends in with the crowds and looks as realistic as possible.

One man, who we have covered quite extensively in the past, named Steve Wood, and his company GyroBot, have come to this realization as well. In doing so, he’s been working tirelessly, with the help of some other members of e-NABLE, to come up with the most inconspicuous, attractive, and functional 3D printed prosthetic hand possible. Back in March of 2014, he released the design files for what he called the “Flexy-Hand“. This prosthetic hand was 3D printed using the flexible Filaflex filament, giving it the ability to bend and function more like an actual human hand. Then, earlier this year, Wood released the “Flexy-Hand 2 – Filaflex Remix“, which he had created with the help of Jeff Erenston, Prosthetist and CPO of Performance Orthopedic Design. It took the original design several steps further by making it even more realistic in terms of appearance and functionality. It was printed using FilaFlex Skin Toned Filament, giving it a much more natural appearance. Now Wood is at it again, further iterating upon his last design, and teaming with Jeff Erenstone once again to create yet another more functional and much more realistic looking prosthetic hand. The latest version of the Flexy-Hand – Filaflex Remix includes the following improvements and features.

The most noticeable modification would be the fact that the finger hinges are invisible on the first and second knuckles. Also printed with the skin toned filament, the hand features realistic looking fingernails and articulation. The design files for the hand, as well as instructions for printing and assembly, have been made available by Wood on Thingiverse for anyone to download, customize and 3D print themselves. It seems like it was just a couple years ago that we saw the first 3D printed prosthetic hand.  Now in just a short time, we have advanced much further, allowing for different options that appeal to different age groups and interests.  What do you think about this latest iteration of the Flexy-Hand? Do you think it looks realistic? Discuss in the Flexy-Hand forum thread on 3DPB.com.