French custom 3D printer manufacturer QUALUP has been in operation since 2011. The firm was previously associated with the high-temperature delta Spiderbot 3D printers, but it now makes its own gantry-style, high-temperature systems. Its new system, the Qu3-HT, has a number of exciting features, including a filament diameter and print flow control system. That is, it senses filament diameter and then adjusts the material flow rate accordingly. This improves prints significantly.

Many may not realize it, but, when it comes to filament diameter, 1.75mm is not actually 1.75mm, and 2.85mm is not 2.85mm. Filament vendors often have problems with tolerances and ovality. A lack of process control results in feedstock that is too thick, too thin, lopsided, and not sufficiently round. In Bowden systems specifically, this can lead to stoppages and clogged filament tubes.

Moreover, if you’re heating more or less material than you think you are, this will radically change the optimal settings that you should have. Flow rates, extrusion, and temperatures should be adjusted as your filament changes, but hardly anyone does this. This is even more problematic because, in some cases, feedstock from the same vendor varies batch to batch. So, you’ll then need to adjust settings for each spool, something else that no one does.

The result is what I call settings drift. Imagine walking ten steps forward, six sideways, and two forward to get to your front door. But, sometimes, instead of starting with six steps, you take eight or four. You’re going to end up all over the place.

Users often change all sorts of settings, but don’t sufficiently take into account filament changes. To make matters even worse, filament vendors know this and don’t want their filament to clog printers. So, they under-dimension a lot of their materials so that it will always fit. This means that 1.75mm filament is really 1.72mm, so enjoy that delightful tidbit, if you were unaware.

Now, the nice people at QUALUP have come up with a solution that can compensate for these variations. I think that this is fantastic!

“The filament control, integrated into the printer, continuously measures the diameter and ovality of the filament with an accuracy of 0.8μm.The triple objective of this instrument is to continuously compensate for variations in filament diameter in order to have a constant flow rate, the same as that calculated by the Slicer, to guarantee the repeatability and the quality of the parts by means of a print report supplied with each part,” said Myriam Boichut, president of QUALUP.

¨Filament manufacturing tolerances generally vary by +/-0.05mm, which in reality gives a 12% variation in volume between the maximum and minimum tolerances. For technical filaments: PEEK, PEKK, PEI, PPSU… Some manufacturers even announce tolerances of +/- 0.10mm, the filament can therefore vary by 24% in volume! These volume variations are generally well supported when using standard filaments (PLA, ABS, PETG,…), but pose major problems with technical filaments. All filament extruders control the flow rate in “mm equivalent”, so it is impossible to achieve consistent quality and reproducible prints with such volume variations. The variation of the printed volume causes under-extrusions or over-extrusions systematically degrading the inter-layer bonds, and thus the strength of the parts. But also, the dimensions of the part, filling rates, the surface conditions, the mass of the part, missing material, porosity or residual material on the nozzle.

The team has been working on these improvements for two years, triggered by issues in printing metal-loaded filaments like BASF’s Utrafuse 17-4. Qualum wanted 100% fill rates for parts because ¨the filament, highly charged with metal 85/15 ratio, did not tolerate any over or under-extrusion, either there were gaps and porosity, or the nozzle became fouled and caused marks on the part.” The team now hopes to guarantee quality of parts by adjusting parameters and logging this as well.

The sensors in the system also continually check ovality and compare it with the extruded length of filament at that point. This becomes a basis for volume compensation and when this compensation should occur.

Filament control is brilliant, but the Qu3-HT system has a lot more to offer. It can be customized for pellet extrusion, including high temperature pellets, or even for paste or thermoset materials. The printer has quick change nozzles, as well as a 270°C chamber that can be programmed for annealing, which is crucial for PEEK and the like. The chamber of this printer is also adaptive, and can adjust to the size of the part being printed. Most of the machine components are completely isolated from the heated chamber. A bugbear of high temperature 3D printed parts, the electronics, are at the back of the machine and ventilated. The firm has print beds for PEEK, PEI (ULTEM), ceramics or metals. 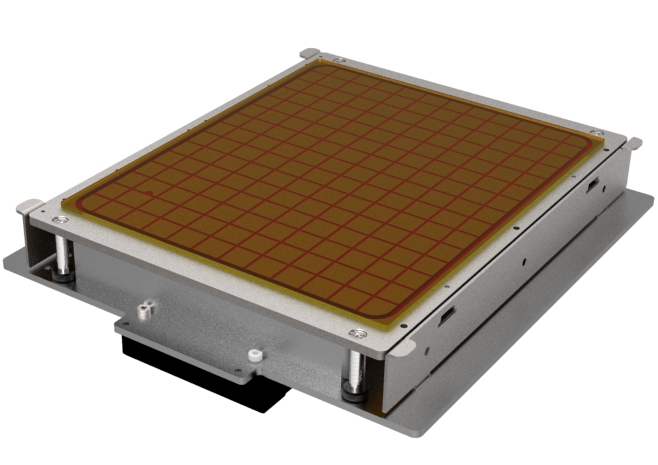 The print heads are liquid-cooled and quick-change. Featuring a large radiator, the heads circulate 500 liters of fluid per hour. The printer also has an on-board thermal FLIR camera as an optional extra. 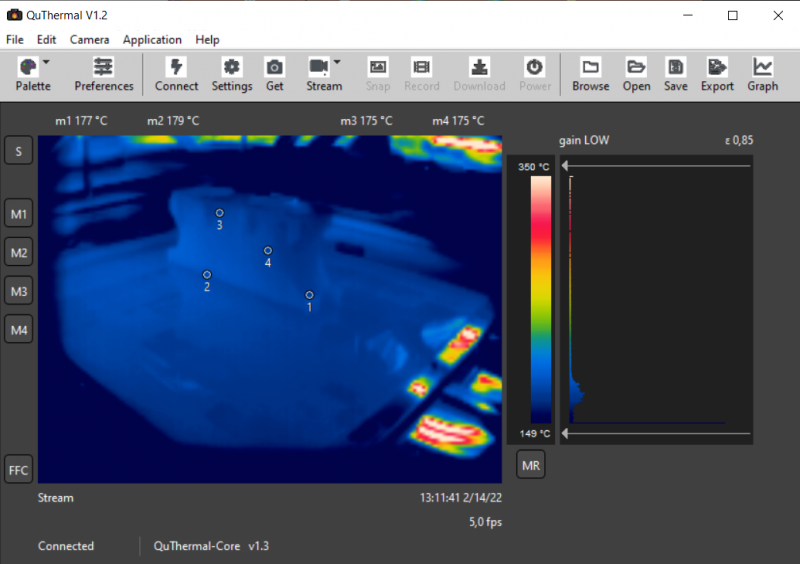 I really think that this printer has a lot of really relevant features that can be very useful to companies who are looking to 3D print parts in a reliable and repeatable manner. FLIR and the variable dimensional control are features that every high-end system should have, if you ask me. It’s lovely to see that a relatively small, family-owned business can continue to make innovative printers that lead the way in exciting features and capabilities.