While their technology may not be on desktops quite yet, Glowforge is already famed for their subtractive laser 3D printer, which we’ve been following since they entered the marketplace in 2015 announcing pre-orders and then earlier this year as they had great success in their $22 million Series B investment round.

Now, the Seattle-based manufacturer has announced that pre-release units are shipping. With this exciting news, they are also filling the public in on manufacturing details, as Flex will be making the printers in Milpitas, CA. Specializing in sketch-to-scale solutions, Flex is known for their focus on encouraging a connected world, in both designing and building products. The two companies have been working together in preparation for mass production of the Glowforge 3D printer, following the beta testing phase, allowing for further refining to include faster printing with higher resolution.

“We are delighted to have been selected by the Glowforge team and are thrilled to provide innovative supply chain and manufacturing solutions for their iconic 3D laser printer,” said Mike Dennison, president of the Consumer Technologies Group at Flex.

According to the Glowforge team, the printer has already made thousands of versatile prints, and they state that in testing it has actually made items such as:

“Having a Glowforge at my fingertips made me look at everything just a little differently as my mind worked to figure out how I could make it myself and customize it at the same time,” said beta user Jan Martinell. “I’m barely done with one project before I’m thinking about the next.” There are over 10,000 pre-order customers waiting with anticipation to try out their new 3D printers, featuring an elegant and classic design. The subtractive technology allows the use of materials such as:

“Working with a Glowforge has been satisfying, confidence building, motivating, and a revelation creatively,” said beta user Ryan Milles. “I now have the ability to take an idea from a file to an actuality. This machine is a true creative tool for fresh, new ideas and unlocks imaginative creativity and expression.”

Thanks to this desktop 3D printer with industrial capabilities, thousands of makers will be looking forward to creating amazing objects, made even easier with Glowforge’s user friendly, cloud based app.

“Probably my favorite thing about the Glowforge is that it can turn an idea into actuality in less than an hour,” said beta user Nyomi Lei. “I had an idea to create a wacky present for a friend, and between my husband and I, we turned a photo into an etched picture, and designed a frame, all within an hour’s effort. That’s amazing.”

Shipments of the printers will also include a starter pack worth $150 containing materials such as Proofgrade hardwood. All of the materials are created by Glowforge specifically for optimal results with the new 3D printer. 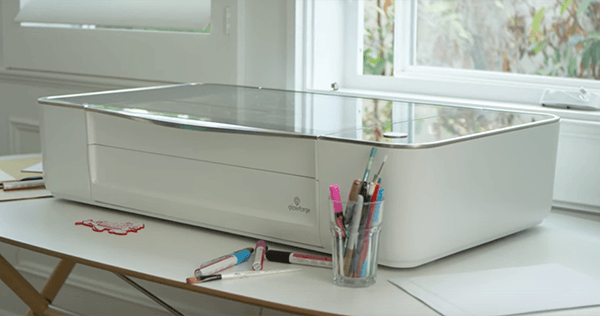 The Glowforge team obviously also holds their new manufacturer in the highest regard:

“Our top priority has always been delivering a safe, high quality product that works every time. After considering manufacturers large and small, we concluded that Flex’s expertise and high-standards would let us build a vastly better product than we could with any other partner,” said Dan Shapiro, Glowforge CEO and co-founder.

Deliveries will begin on the large scale next month, and according to Glowforge, they will update everyone further on their ‘schedule forecast’ toward the end of the month as they are still evaluating beta testing results and looking toward feedback from their customers receiving the pre-release 3D printers. Discuss in the Glowforge forum at 3DPB.com.