NASA, ASME and Future Engineers Announce Winners of the Think Outside the Box 3D Printing Challenge The ingenuity of kids never ceases to amaze me – and young students have had plenty of opportunities to showcase their brilliance lately through 3D printing and design competitions offered by various organizations that include universities, research institutions and companies. One of the most exciting series of recent design challenges is the 3D Printing in Space challenge series, developed in partnership between NASA and the American Society of Mechanical Engineers (ASME), and hosted by the Future Engineers educational platform.

The fourth in the series of 3D Printing in Space Challenges was launched in May. (The winners of the third, the Star Trek Replicator Challenge, were announced over the summer.) The Think Outside the Box Challenge was inspired by the launch of the Bigelow Expandable Activity Module (BEAM), the first expandable habitat to be deployed on the International Space Station. In the spirit of BEAM, a compact, lightweight module that folds up for easy transport and then expands into comfortable quarters once deployed in space, students were asked to design a 3D printable object capable of expanding to become larger than the print area of Made In Space’s AMF 3D printer.

The challenge also asked students to design items that could be useful for astronauts working in zero gravity, and the winners, recently announced, came up with some brilliant ideas. The winner from the Teen Group (ages 13-19), was Thomas Salverson, who is now a freshman at the University of Alabama. His Expanding Pod design consists of five cylindrical, watertight containers that telescope to become tall storage compartments for either liquid or solid items. The pods screw together and clamp onto the ISS handrails, to keep them secure in zero gravity.

“I enjoyed the difficulty of this challenge since it made me think in terms of ‘expanding’ an object, which was something I had never considered before when 3D printing,” said Salverson. “It took me many prototypes before I had successfully made my completed design, making it all the more rewarding now that I’ve been selected as a grand-prize winner.” The winner from the Junior Group (ages 5-12) was Emily Takara for her Space Anchor, a device that fastens to walls to help astronauts move around in zero gravity. The pyramid-shaped anchor includes two extendable posts that astronauts can grab onto to pull themselves to the wall, thus avoiding getting stuck floating around in the middle of a large space. It can also be mounted on the outside of the space station for the purpose of spacewalks, said Takara.

“This challenge taught me to persevere and be creative,” she added. “It has also inspired me to continue designing, as well as teach others computer-aided design.”

Several finalists and semi-finalists were also chosen from each group. The Teen Group includes:

Each finalist and semi-finalist will receive a Heimplanet inflatable tent as well as a $50 3D printing gift certificate from Shapeways. Salverson and Takara will also receive a trip to Las Vegas to tour the Bigelow Aerospace facility. The next 3D Printing in Space Challenge will be announced this month, so stay tuned! Discuss further in the Think Outside the Box 3D Printing Contest Winners over at 3DPB.com. 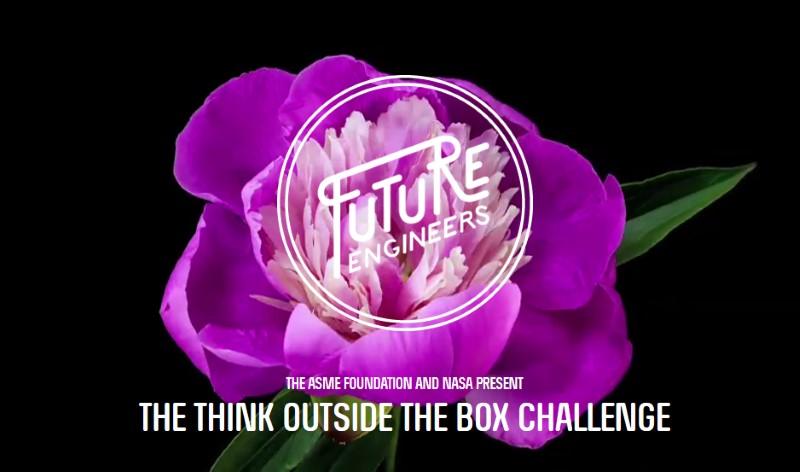