Wiivv Wearables is a company we’ve followed for quite some time, and while we thought these pretty fancy insoles were going to go far, it is a wonderful surprise to find that not only has their Kickstarter campaign been a smashing success—it’s broken a record!

Indeed, the bionics company creating 3D printed custom gear with human comfort in mind–and starting off with the feet—is certainly running on a direct path to success as the most funded 3D printed good in Kickstarter history. In a stunning show of support, those pledging helped them to go to full funding, and then on to reach 470% of their original goal. The company is now in the process of fulfilling orders, and we think it’s safe to say that everyone involved is going to be pretty happy, whether they are part of the Wiivv team, or a backer receiving some awesome rewards. 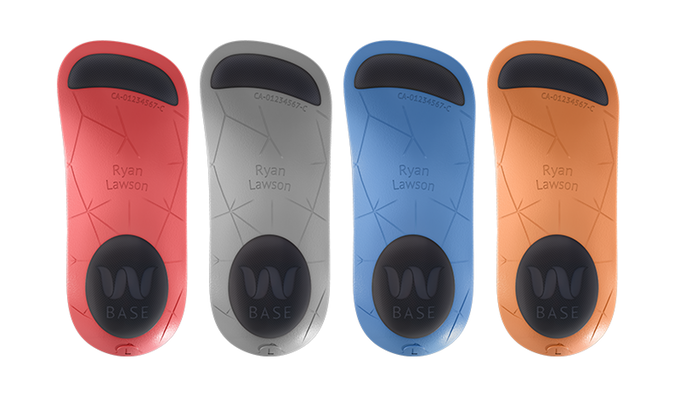 The company, based in both Vancouver and San Diego, is dedicated to seeing people lead active, healthy lifestyles. Their BASE custom arches are meant to allow everyone on their feet to be able to reach their desired potential without straining muscles. While that sounds amazing in itself, the crowning glory in their process is that customers are able to use an easy smartphone app to design their personalized insoles. And customization is indeed what makes a product like this so attractive to users, in that they are promised the comfort they should have had all along, with better alignment and elimination of fatigue. With the app, they can be designed in lightning speed—five minutes! Who would have ever imagined such options? As they say—‘it’s your shoes—with better technology.’

We’ve been following the wildly successful startup since last year, when they began amping up development. They went on to reach their goal for initial venture capital, and then shortly after, completed their final round of seed funding, resulting in $3.5 million. As excitement intensified and they began getting ready for Kickstarter, they also had the good fortune to be named runner-up at this year’s TechCrunch Hardware Battlefield at CES—along with earning a spot in the recent Forbes’ 30 Under 30, which featured Wiivv’s co-founders Shamil Hargovan and Louis-Victor Jadavji.

BASE is their flagship product which was launched on Kickstarter with the humble goal of raising $50K. It was quickly apparent, however, that consumers were ready to see this product come to market—and they were ready to buy—with $20K raised in the first day. Led by co-founder and CEO Shamil Hargovan, the Wiivv team has been working on the BASE product over the last year. Those efforts resulted in 72 iterations before they came up with what they believe is the optimal biomechanical insole—and apparently many others have faith in them.

The BASE insoles are now actually available on Indiegogo, where one pair of insoles is available for $75. Two packs are available for $140, and if you have a group order, shoot for the $549 team pack offering a volume of ten insoles. With just five photos used to measure your foot and then uploaded to the mobile app, the Wiivv team offers a patent-pending design that ensures biomechanical neutrality to lessen pressure on the forefoot, thereby increasing stability and promoting healthy alignment. With emphasis on the fact that everyone has a unique foot—and arch—proper comfort and support are achieved.

“We are truly honored by the overwhelming positive feedback we’ve received surrounding BASE by Wiivv custom insoles,” said co-founder of Wiivv, Shamil Hargovan. “It’s a great feeling, knowing that we are creating a product that is accessible to the masses on a customized, individual level and we’re excited to share with the world later this year what we have coming next.” The company certainly has a bright future ahead—and the world can look forward to much less foot discomfort, it would appear. In selling over 4,000 pairs to 2,750 backers they have become the most funded 3D printed good in all of crowdfunding history, along with being the highest funded insole—and third most funded footwear product. They’ve also received an enormous boost in social media, which is certainly not a surprise.

We think many will be thrilled to find out what an incredibly high quality insole they can get, completely customized, at a great price—with little effort—and all the while, looking toward reducing joint stress, helping to prevent injuries, and increasing performance. Discuss in the Wiivv 3D Printed Insoles forum over at 3DPB.com.