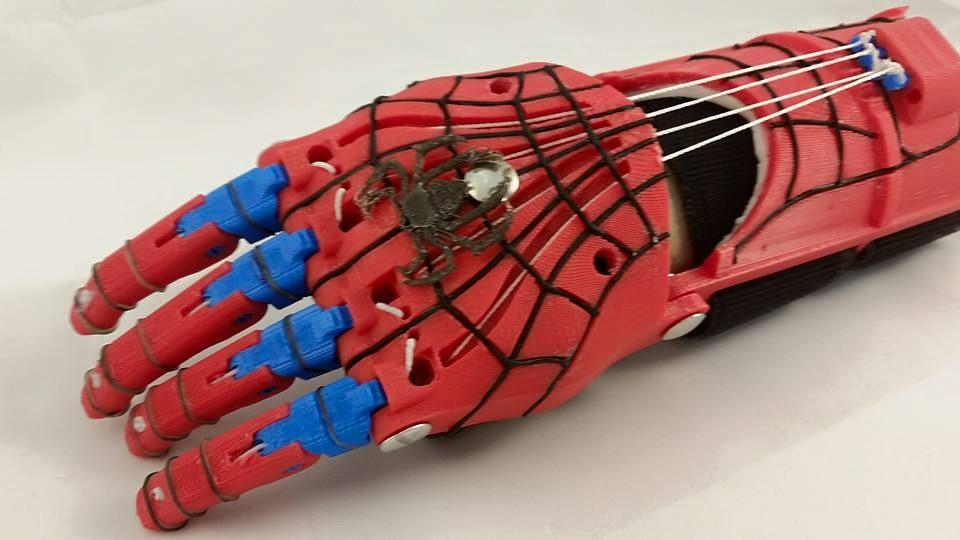 The greatest deterrent preventing most schools around the world from introducing 3D printing into their classrooms is the simple fact that teachers and school administrators, as well as other decision makers within various school districts, simply don’t know what the technology can be used for or how it can be used. Just like the personal computers of the late ’80s and early ’90s took ample time before being implemented on a mainstream level, it can be expected that 3D printing will follow a similar path. However, it is those teachers and those administrators who are willing to take a chance with the technology who will ultimately lead the way for the rest.

One such teacher is a man named Peter Graven, who is a science teacher for 8th graders in Wisconsin. A little over a year ago, Graven was able to successfully crowdsource a MakerBot Replicator 2 3D Academic Bundle from DonorsChoose.org. Since that time, he had been trying to come up with ideas of how he could use this printer within his classroom.

“I was trying to picture how to incorporate a single 3D printer into my science classes,” Graven tells 3DPrint.com. “With some prints taking 4-6 hours and having 160 students, scale of use was something I struggled with.” Graven then became aware of an organization that we have covered many times in the past, e-NABLE. This led to him forming the “Hand Project” with a small core group of his students. On the first day of this past school year, Graven introduced the ideas of 3D printing and e-NABLE to his students and asked that if anyone was interested in participating in the “Hand Project,” they sign up via a form posted on the classroom door. The overwhelming interest showed him that this was something that he should pursue.

Two 3D printers later, thanks to another DonorsChoose.org campaign and a helpful representative of a 3D printing company, Graven and his students were ready to pursue the project. Graven teamed with a man named Jonathan who was able to help model the students’ designs, and when the class was matched with a 5-year-old child named Dante Mercado, who was born without a complete left hand, they were ready to go full-swing with the project.

“Dante was matched with us with just a few months left of the school year remaining,” Graven tells us. “You’d think that this would be enough time to design, print, and assemble a hand device – up until now, not a chance. The 8th grade students working on this project were giving up part of their lunch hour to working on this project. 10-12 minutes a day doesn’t get you very far. The process is completely done by the students. I am in the middle of it, some days emailing out the ideas if time runs out or making sure the printing is being completed in case a piece fails and needs to be reprinted.”

Upon speaking with Dante’s mother, Graven found that he was a huge fan of Spider-Man, so the idea to create a prosthetic hand themed after the popular superhero was formed. First, the students agreed on a color scheme which ultimately ended up being red, blue and black. Then it was on to coming up with unique design features while ensuring that the hand would also remain entirely functional. “Students thought about a web shooter (we did some testing with silly string with little success) to the webbing of a spider on the hand to an actual spider that could be inserted or attached to the hand itself,” Graven tells us. “One of my students discussed via email with Jonathan a number of design challenges as together we looked at how play with materials, colors, etc in the design. We looked at printing the webbing to using rubber bands to our final use of elastic banding glued into grooves designed by Jonathan into the hand.”

In the end, the design the students came up with featured a set of crisscrossing grooves for the webbing and a spider on Dante’s palm. The hand was 3D printed on a MakerBot Replicator 2, and the students were able to finish the printing and assembly of the hand with one full week left before the end of the school year. Dante himself was very pleased with the results, as you can see in the photos provided.

This is just one more great example of how 3D printing can be used within a classroom environment in order to allow students to do a little good for their community, while also learning about a technology that will most likely play a large role in their futures. What do you think about this unique 3D printed Spider-Man prosthetic hand? Discuss in the Spider-Man Hand forum thread on 3DPB.com. Check out the video below.