The 3D bioprinting space is developing rapidly, with several companies around the world leading its charge. Although it may be some time before we witness actual 3D printed human organs being implanted into patients, skin, bone and cartilage printing is actually a technology of today.

Every year, hundreds of thousands of individuals are disfigured due to tragic accidents, diseases like cancer and war. Their lives are forever changed, and usually their self confidence is destroyed in the process. Many of these cases involve either the nose or the ears.

Two weeks ago, we covered a story about a group of Swiss scientists who have been working on perfecting the art of bioprinting noses for some of these types of victims. Today, news of yet another group of researchers working to bioprint noses and ears has emerged. 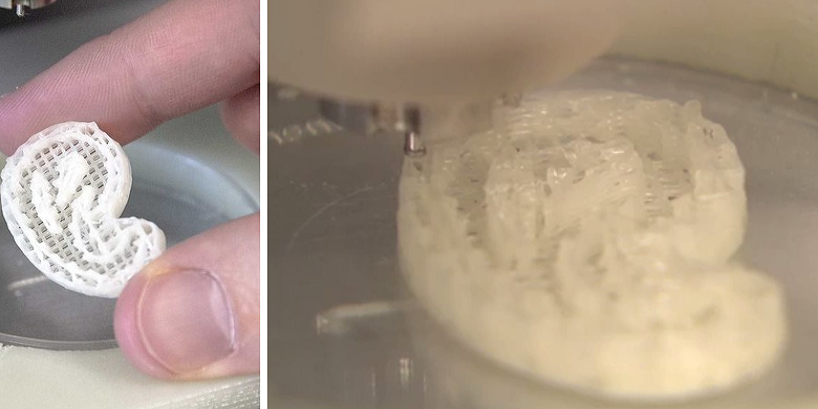 Researchers and scientists at the VU University Medical Center, located in Amsterdam, Netherlands, have made substantial progress in culturing human cartilage from stem cells of particular patients. Using these cells, they are able to bioprint the structure of a nose or an ear to replicate the lost appendage of a patient. Because the printed body parts are constructed out of the patient’s own cells, there is a reduced risk that the body will reject the new appendages.

The printer being used for this incredible research was purchased last year by the Department of Plastic Surgery, and the 3D Innovation Lab at VUmc, after funding was provided to the institution by the 3M Fund as well as Aegon, MOVE, DCHG, Flint Wave, VEBON, and others. The machine is able to print multiple materials at the same time, allowing for versatility not seen in other bioprinters that many researchers are currently using. After a full year of the researchers working diligently with this machine, the fruits of their labor are finally being realized.

“In time, we hope to offer [this research] as individual solutions for patients with mutilations of their nose and ears,” explained Paul Zuijlen, a plastic surgeon at the Burn Center in Beverwijk, Netherlands. “Of course, the printer can also be used for other research in the field of repairing damaged tissue.”

After an accident, burn or disease, doctors will be able to obtain samples of the patients’ cells, which they then culture, and mix with a hydrogel to form an ‘ink’. This ink is then extruded, layer by layer to form the shape of the patient’s original cartilage, which can then be implanted into a restructured nose or ear.

Although significant progress has been made, a firm date as to when such a procedure could become available to the general public is still up in the air. There is little doubt that with numerous companies and research groups, like those at VUmc, working to further advance bioprinting, that this technology will see rapid gains and swift implementation in the years ahead.

Let’s hear your thoughts on this incredible story in the 3D Printed Ear and Nose Cartilage forum thread on 3DPB.com.