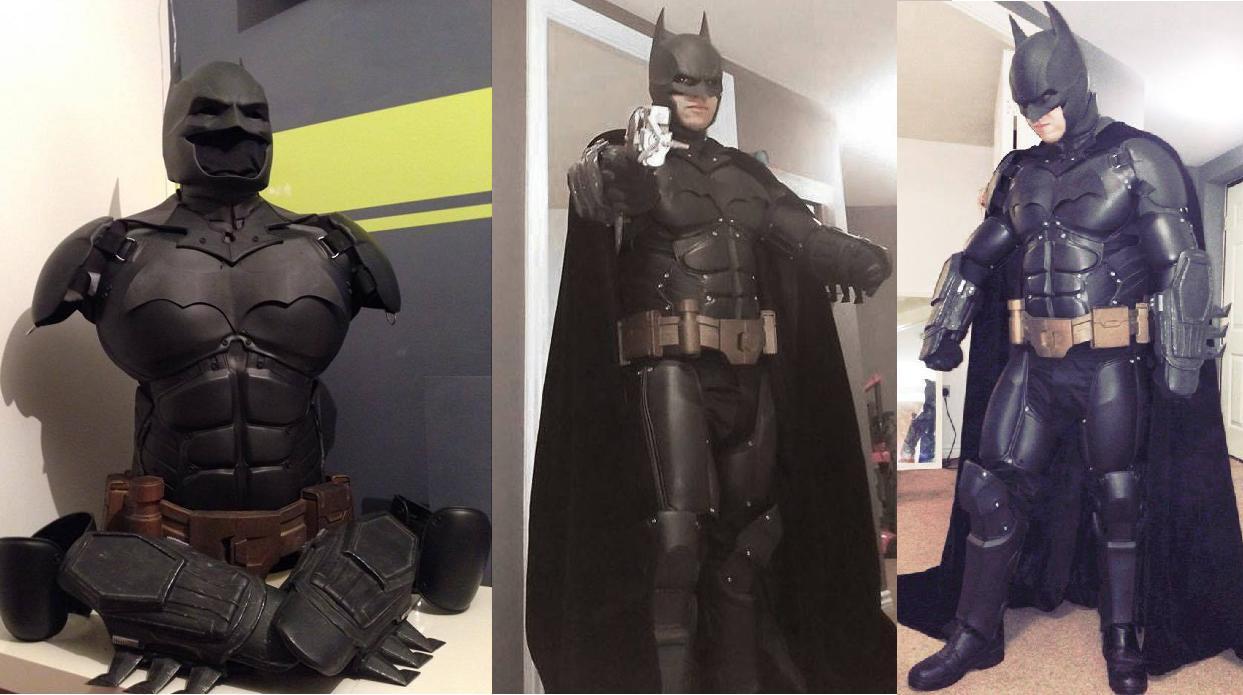 There are people who dress up in costumes for Halloween, then there are others who need more than just one day a year to put on costumes and take on an entirely new persona. These people consider themselves cosplayers, taking part in costume play, oftentimes referred to as “cosplay”. Cosplay has become quite a bit of a subculture that has really taken off thanks to technological innovations such as the internet, 3D modeling, and now 3D printing. 3D printing has lead to the creation of a plethora of unique costumes as well as detailed replica masks and other attire of some of our favorite movie and television characters. When it comes to cosplay, superheros are a bit of a subcategory within this growing culture. Whether it is Spiderman, Superman, Iron Man, The Hulk or Batman, there are always people who take a liking to one character or another.

In a recent collaboration between companies, a Batman suit was created, using advanced 3D modeling and 3D printing techniques. Gauntlet FX, and Crimson Coscrafts teamed to create what may be the most incredible 3D printed Batman suit that I have ever seen. The project was privately commissioned by Stevie Dee of Crimson Coscrafts, and undertaken by Gauntlet FX. The Arkham Origins suit was first 3D modeled before being 3D printed. Then a mold was created in order to cast it for creation of the final product.

“The colours are not the standard issue Arkham Origins, as I wanted to go with the Dark Knight Skin you get at 100% completion,” explained Stevie Dee of Crimson Coscrafts. “The suit is quite comfy to wear and movement is great. I cant bend at the stomach but I didn’t expect that.”

Crimson Coscrafts did the 3D modeling work on the project, while another party was responsible for the 3D printing and finishing, and Gauntlet FX provided the molding and casting. The team worked tremendously well on the project and the end results will surely please just about any Batman fan. Everything from the cowl, to the abs and obliques were precisely created, showing off plenty of intricate detail.

“Gauntlet had really thought about [the abs and obliques] and provided some squares of ribbed rubber to fit the pieces together, so I set to gluing these all up with some trust urethane glue with added gorilla glue,” said Dee. For those individuals interested in getting one of these suits made for them, they can contact Gauntlet FX, directly. No prices have been announced publicly as of yet.

2015 should be a heck of year for cosplayers everywhere, with more and more design companies beginning to utilize 3D printing technology in order to completely customize their costumes. While companies will still utilize more traditional mold casting techniques in their creations, 3D printing is playing a major role in driving the growth of Cosplay. If it weren’t for the technology, creating detailed custom costume pieces would be a lot more difficult.

What do you think about this Arkham Origins Batman suit? Would you have done anything different as far as design goes? Discuss in the 3D Printed Batman Suit forum thread on 3DPB.com.