Inspired in part by the acquisition of EnvisionTEC by Desktop Metal, of 3D Hubs by ProtoLabs, and of Origin by Stratasys, we’ve been brainstorming about the newly hot 3D printing stocks and renewed interest from investors in our markets. Is 2021 going to be a SPACtacular year for us?

In parts one and two of this series, we speculated on some Merger and Acquisitions activity that we’d like to see in 2021. Here, we continue to think creatively about what kinds of options there are out there. Think of these as inspiration for your own M&As this year. colorFabb is a leading filament producer and manufacturer. It also is one of the largest remaining independent ones, although it is an Eastman partner. ColorFabb is a good brand known for its quality. It has inventive new filaments, such as its active foaming filaments. It sells directly to consumers and businesses, as well as through resellers.

3M, meanwhile, is doing rather well these past twelve months. As a firm 3M also identifies strongly with invention and the capacity to innovate. With plastics, industrial processing, and additives expertise, it has a lot to offer the 3D printing industry. Having not invested in it yet, it could hit the ground running with a filament brand and distribution set up in the Netherlands. At the same time, when we compare it to products like the Post Its, Bondo the repair compound, and Scotch tape, these are all extensible products that can help consumers build make and improvise. 3D printing is such a product, as well, and can be very useful to the same set of people in helping them extend the makeable. 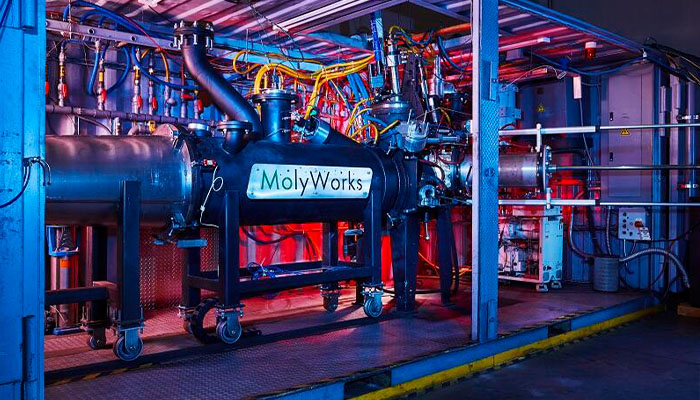 Molyworks is a startup that we’ve profiled before. The company allows clients to start an inexpensive mini factory that makes powder for metal 3D printing. You can use scrap or recycle your own failed prints and supports to make powder good as new. What’s more, you can do this at a remote location or bring metal powder manufacturing to a new country.

This is a threat to Sandvik because it could lower the barriers to making 3D printing powder. Also, by recycling scrap and creating the powder on-location, Molyworks could perhaps make less expensive powder. The recycling marketing message is a lovely one also. Defensively, this would be a good buy, but, as a growth business, a from-scrap powder manufacturing system would be a great product for the Swedish metal giant to add to its arsenal, especially in a more “environmentally woke” world. Yes, I know that an IPO is much more likely for Markforged. Having raised $136 million, the firm has set expectations high and probably has over $75 million in revenue itself. The company wouldn’t be cheap, by any means. Markforged makes composite and metal 3D printers, mostly sold to machine shop-style environments and to manufacturers.

Haas is a large and privately-held company that does much more than lose at Formula 1. It’s a leader in vertical machining centers, lathes, and other machine tools. Culturally, the firms are a good fit and Haas could sell a Markforged printer to every single one of its existing customers, as well as develop complementary tools for the systems. Ovens and debinding stations could work with finishing solutions or lines of products. Haas would also find Markforged’s software valuable. All in all, this deal would allow Haas to expand its product line and generate more revenue very quickly from this deal. Rather than step into powder bed fusion technology, as DMG did, it would enter with a less expensively priced printer that would be much more accessible for making series parts. Even though it is held by a fantastically wealthy (and extremely nice) family investment fund, Highlands Beheer, Additive Industries looks a bit underweight when sizing it up to the competition now. EOS is privately held and a clear leader. At the same time, EOS also sells a great deal of polymer sintering machines that share a lot of the same components as the metal sintering machines contributing to their better economics. SLM Solutions is, surprisingly, forging ahead with many-laser systems and looks to benefit from at least one final push from Parcom and others. GE is GE, which means that they could outspend everyone or sell its additive unit tomorrow. This we won’t ever really know. 3D Systems is also now investing heavily in metal.

It looks like, with metal sintering machines moving more into 10+ lasers, the investment required to thrive may yet be much more than the tens of millions of dollars that Additive Industries could command. Enter Trumpf, who as one of the largest suppliers of industrial lasers, is salivating at the prospects of the powder bed fusion market. At the same time, it is a leader in all sorts of lovely cutting tools. It must be grating for them to have a limited offering and limited market share in metal printing. With Additive Industries, they will acquire a platform that can scale much quicker and let them grow their 3D printing business much faster. Hot off of our talk with CEO Brad Rothenberg, I came away impressed by nTopology’s capabilities and leader as well. The lattice makers have now turned their software into a tool that can simulate and help companies with manufacturing operations. Through a novel way of creating geometries, complex files can be manipulated quickly. New CAD for a new manufacturing paradigm could see the company go far.

But, simulation giant’s ANSYS has $1.5 billion in revenue and must be eying the New York-based nTop crowd. ANSYS would find nTopology to be very complementary to its core offering and be able to use it as an extensible module that would embed them deeper still into the design workflows of its existing customers. Furthermore, with many more of its users expecting to take up 3D printing, it could use nTop to guide them there. It has already bought Brent Stucker’s 3DSIM, which helped it do metal simulation previously. ANSYS could potentially derive more value from nTop than could Autodesk because it could use it for leveraging more of its tools into accounts. Current Autodesk strategy would see it become a Fusion 360 feature, which probably would cause them to balk at what ANSYS would pay.