3Dflow is a private software company operating in the field of Computer Vision and Image Processing. It was established in 2011 as a spin-off of the University of Verona, and in  2012 it became a spin-off of the University of Udine. 3Dflow is a company that provides solutions in Photogrammetry, 3D modeling of reality, 3D processing, and 3D visual effects. Their customers range from small industries competitors to large scale entertainment companies. In this article we will be analyzing this company as well as showcasing their workshop for 3D imaging and photogrammetry, as well as their world cup competition.

3Dflow is a company that is based in Italy. It is a small organization with fewer than 15 employees. The main value proposition this organization gives is its ability to use computer vision and software in combination to create 3D image data. For the stitching of the point cloud data of multiple photos, the organization provides software that does this for the user. The software is called 3DF Zephyr. 3DF Zephyr comes in the following forms: 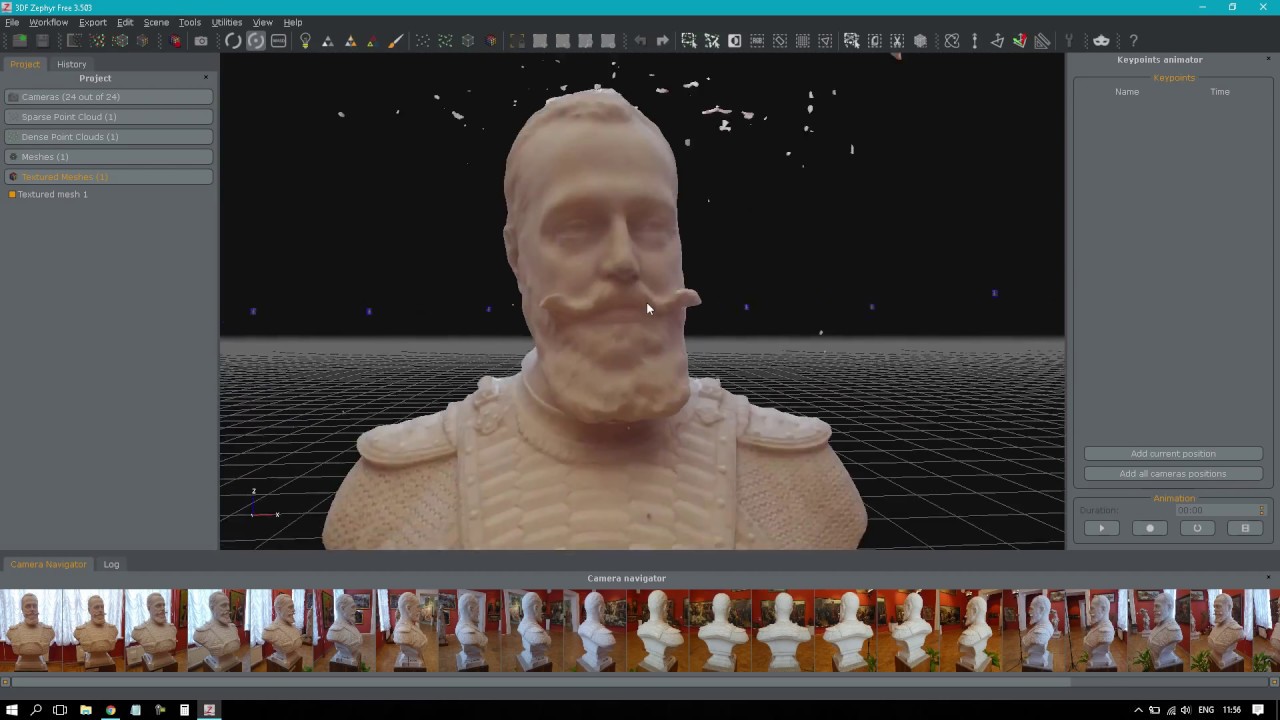 3Dflow still comes from an educational background in terms of its founding story. It explains how they have transitioned to a consulting company as well as an organization that is focused on research and development. It also explains why they offer a free version of their software as an educational version for students. They care about building software for the future of photogrammetry as well as 3D imaging. They have developed specific algorithms and frameworks that are proprietary to their organization. This includes:

3DF Stasia is the proprietary algorithm to extract very accurate dense point clouds from a set of 2D images. In Computer Vision this process is best known as a multiview stereo. The first step is to extract the corresponding points in two images and the second step is the 3D reconstruction with algorithms like Discrete Linear Transform. The Discrete Linear Transform, or Discrete Fourier Transform used in a linear model, converts a finite sequence of equally-spaced samples of a function into a same-length sequence of equally-spaced samples of the discrete-time Fourier transform (DTFT), which is a complex-valued function of frequency. The function we are dealing with in this case is the stitching together or images into 3D object data. Using DLT, the reconstruction is done only where there are SCPs. By increasing the number of points, the results improve but it is time consuming. This method has low accuracy because of low reproducibility and time consumption. This method is dependent on the skill of the operator. This method is not suitable for bony structures with continuous shape. This method is generally used as an initial solution for other methods. Hence the other technology developed by 3DF is vital.

3DF Sasha is their proprietary algorithm for mesh extraction: given a dense point cloud full of details, it is important to preserve as much detail as possible when extracting the surface. Sasha allows one to get sharp edges on a 3D model and that is why it is more suitable for applications such as architecture, industrial surveying, and urban monitoring. Without the precision of point cloud data, the resulting stitch of 2D images would come out to be noisy.

To clean up residual noise from the data, 3Dflow employs their 3DF Masquerade tool. This tool has been developed as an external executable that is included in the 3DF Zephyr installation package. Masquerade can mask images so it can save time during masking operations. 3DF Masquerade is helpful when there is a lot of background noise or when the subject has been moved incoherently with the background: the most common scenario is a subject that is being acquired on a turntable. 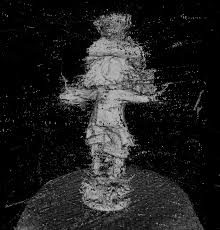 Example of a Noisy 3D mesh

The first photogrammetry & 3D scanning training course in the English language by 3Dflow in Verona is next September 30th, October 1st and October 2nd! One will learn photogrammetry with 3DF Zephyr: this course will tackle everything from photography for photogrammetry (basic and advanced shooting techniques) to data processing with 3DF Zephyr, on both photogrammetry-only workflows and a external-data oriented workflows (e.g. laser scanners). Theory and practice on the software will be paired with an actual test-acquisition Verona, a world-famous history-rich cities in Italy and home of 3Dflow.

I will be attending this workshop to learn and report on this next month, but I encourage others to look into the 3Dflow organization and see what they are doing. Also be sure to sign-up for their workshop here.