Our fancy of flight begins almost as soon as we are conscious beings, as toddlers fascinated watching and reading about birds, glimpsing and even riding in planes, as well as learning about the rugged helicopter and all of its mechanics. But why the obsession? Why the stubborn drive to soar in the air—often with great successes like the Wright Brothers, as well as tragedies and mysteries like that of Amelia Earhart? Ambition and glory certainly play a role, but most would say that we want to fly high above terra firma because it represents freedom, and more than a little rebellion against the norm.

While building model airplanes becomes a fun and challenging hobby for many, when you add history to the mix the whole process of learning and creating (as well as seeing them fly!) becomes even more exciting. Stepan Dokoupil knows his history and his planes, as well as 3D design, and the Czech Republic-based designer, also a talented architect and pilot, has certainly taught us a thing or two in the last couple of years about iconic aircraft. We’ve followed his progress in releasing 3D models such as the P-51D Mustang and the 3D Printed RC Spitfire Mark XVI. Now we’re all going to learn even more as his company 3D LabPrint releases a new lineup of 3D printable planes.

“The successful models of Spitfire and Mustang fighters in one-twelfth scale are accompanied by the so far largest model of Thunderbolt with retractable landing gear, and the EasyMax sports glider for less experienced pilots,” says Dokoupil in his latest press release. “All the models, both in static or RC versions, are printable on standard desktop FFF/FDM printers.” Specs on the new models, both available at 3D LabPrint for $20, are as follows:

This scale model portrays the largest WW2 single engine fighter, propelled by a piston engine. It was built from 1941 to 1945 and proved highly efficient in its use as a fighter bomber during war, used in many successful ground attacks.

It has a wingspan of 1.16 meters, offering user-friendly flight behavior. An optional conversion kit also includes a steerable rudder, preparation for LED navigation lights, and modified wings which allow for the installation of retractable landing gear. Thanks to the local reinforcement of the wing structure, the printed parts of the retractable landing gear version can easily withstand the impact of stress when landing on a hard surface. (See the flight video at the end of this article.)

This model offers the best weight-to-wing area ratio of all the models offered by 3D LabPrint, and is fully ready for standard desktop 3D printing. Very user-friendly, its cultivated flight behavior with good glide ratio will be appreciated by less experienced pilots, according to the designer. With a wingspan of 1.53 meters, this particular model consists of 26 printed parts, plus the propulsion system. Mixing enthusiasm for planes with history, freedom also akes on a new role in Dokoupil’s work with the addition of 3D printing. This technology allows for model plane enthusiasts not only to make their own designs like Dokoupil, if they so desire, but they can also download his latest 3D models and be flying into the sunset for $10-$20 quite expediently. While finishing and additional crafting are always an option, being able to simply download, print, and go, offers a whole new world of possibilities for enthusiasts involved in a wide range of hobbies today. Additional parts can be 3D printed easily and quickly, and the affordability factor is of enormous benefit. 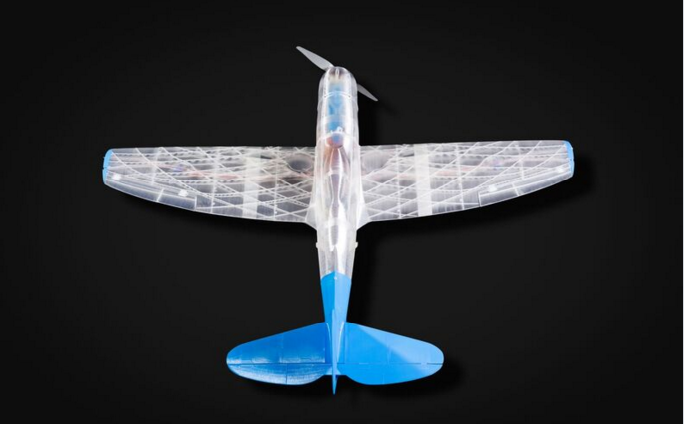 “The technology of 3D printing offers unprecedented possibilities for designing model airplanes. You can produce an ideally shaped load-bearing structure while being limited only by your creativity and modelling abilities,” says Dokoupil.

Stepan Dokoupil has over 15 years of experience in designing such architectural models and masterpieces. He also pilots Zlín 142, Cessna 172 and 152 or Tecnam JS92 aircrafts over Europe and North America. His fondness for flying, combined with architecture and modeling, prompted him to buy his own 3D printer and begin designing his own RC model kits, all of which you can purchase online, download, and 3D print yourself.

The results are extremely impressive. To see for yourself, check out the video below of the 3D printed Republic P47 N15 Thunderbolt. Are you interested in downloading these new models? Discuss in the 3D Printed Model Planes forum over at 3DPB.com.