A 3D model website with over 200,000 different models, Sketchfab is becoming more popular for companies and individuals looking for 3D printable content. This is Sketchfab’s most popular, downloadable, 3D printable files for the month of June, which includes: Microsoft shades, a Firefox cookie cutter, a sheep figurine, a battle helmet, a juicer, a Canary Islands artifact, the Statue of Liberty, and the animated character Flapjack.

This nerd glasses model from Microsoft are just one of several popular models this month. (The others are Shutter Shades and Block Glasses.) This one uses a piece of 1.75 mm filament for the hinge axis, and can be printed and enjoyed if you are going for that popular nerd look!

Some people are really dedicated Firefox fans. If that’s you, why not show it by making a dozen or so Firefox cookies? Artefact3D has made this possible for you simply by downloading this cookie cutter from Sketchfab’s site: the recipe for the dough is your responsibility!

This low poly sheep by ‘FumihikoMakiyama’ has much detail in its wool, as it looks distractedly up to the sky, sitting back on its hind legs. If you are a fan of animal figurines, or sheep in particular, this is a must-have model for your collection.

“deadlygeek” is no stranger to Sketchfab and has contributed many Sketchfab designs in the past such as a coffee mug, fork, wireless mouse, and a toy plane. He was “playing around with Fusion 360 tools” and designed this nifty and simple medieval looking battle helmet, which is one of our top printable models for the month of June from Sketchfab.

This looks like an esoteric weapon, and maybe that’s because the same person who designed the battle helmet –“deadlygeek” — also designed this model. It’s not a weapon, it’s really a juicer. Designed as a “123Design modelling experiment,” this handheld juicer looks like it can get the job done on any of that extra citrus fruit you have lying around.

This unique piece is by Tibicena, a group that reproduces archaeological artifacts. Modeled after an artifact found on San Lucia, the Canary Islands, the Pintadera La Fortaleza is available for downloading on Sketchfab and it has already had close to 800 views.

The 130th anniversary of our Lady Liberty statue has arrived, believe it or not. And what better way to celebrate this momentous occasion than by downloading and printing your own mini replica of the Statue of Liberty? Designed by “magali,” this statue can be edited to your own liking by using 3D Slash here. Flapjack is the lead cartoon character in Cartoon Network’s “The Marvelous Misadventures of Flapjack” and now you can have your very own 3D printed version of this fun animated character — designed by killer23fire.

Be sure to tune in next month for our review of Sketchfab’s top 3D printable downloads! Will you download any of these models? Which is your favorite? Let us know in the Top 3D Printable Sketchfab Models forum thread over at 3DPB.com. 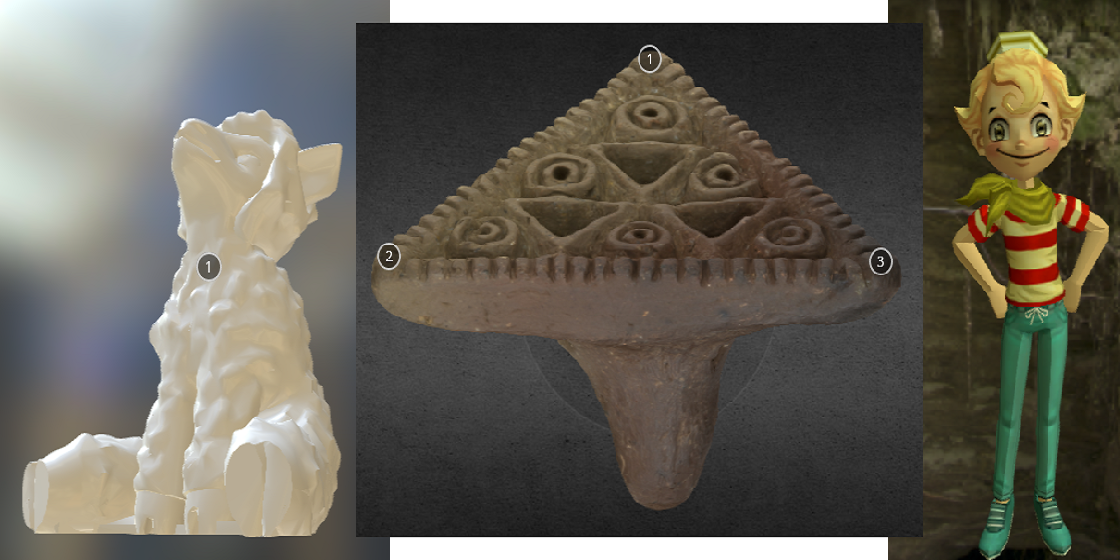 By sending this form, you consent to share its content with Aniwaa and its trusted partners.
<script type='text/javascript' src='https://cdn.polyfill.io/v2/polyfill.min.js?features=IntersectionObserver&ver=594