Today, when you mention the name Charles (Chuck) Hull to the average individual, they probably have no clue who the heck you are talking about. However, if you were to mention this name to someone who is as enthused about additive manufacturing/3D printing as I am, they will probably know that he is the Thomas Edison of the entire 3D printing industry. Chuck Hull was the man who created the first 3D printer capable of printing an actual part. While today, his name certainly doesn’t come close to being anywhere as noteworthy as Thomas Edison, Ben Franklin, or Alexander Graham Bell, one day in the future it very well may.

Hull’s first 3D printer proved successful over 30 years ago, on March 9, 1983. I was merely a one-year-old toddler back then, and “3D printing” was still decades away from even being considered a term. “Rapid Prototyping” was the description given to Hull’s unique new machine, the “SLA-1,” as it was created in order to speed up the lengthy time-frame it took to have prototypes of products created. It would take approximately 6-8 weeks using one-off tooling processes back in the early ’80s, so a machine that could print a part in just hours was a major breakthrough within the manufacturing industry. Three years later, in 1986, Hull formed a company called 3D Systems to better market and sell his “Rapid Prototyping” machines which have since earned the name “3D printer” or “Additive Manufacturing” machine.

On May 21 of last year, Hull earned the honor of being inducted into the National Inventors Hall of Fame in Alexandria, VA, joining the ranks of many tremendous inventors before him, including Wilbur Wright, Henry Ford, Steve Jobs, and the aforementioned Thomas Edison. Hull was noted for inventing Stereolithography (SLA) 3D printing as well as co-creating the STL file format, the most common 3D printing file format that has been used to date. Now it has just been announced that visitors of the National Inventors Hall of Fame will not only have an opportunity to see a 3D printed bust of Hull, printed on a 3D Systems ProJet x60 printer, but they will also be able to see the first-ever 3D printer that Hull invented, the SLA-1.

When Hull invented this machine, he never envisioned one day having a 3D printed bust of himself displayed in the Hall of Fame. In fact, he never thought 3D printing technology would end up becoming so popular. Today, 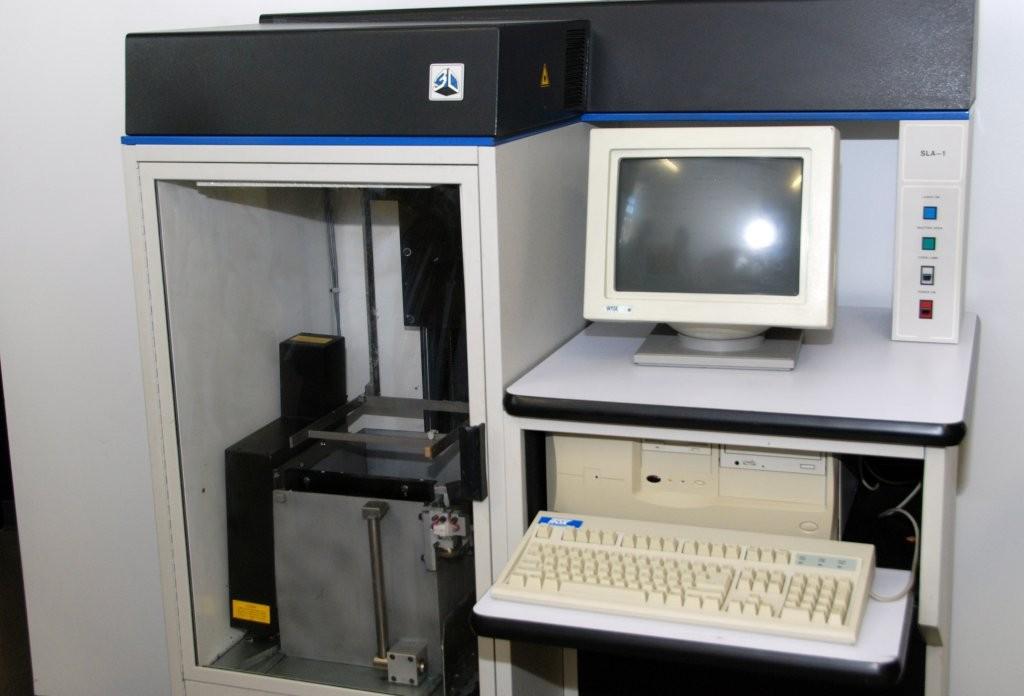 3D printing is available to just about anyone, with printers ranging in all different sizes and price points.

“The consumer and maker movement has created a lot of awareness about the possibilities that technology makes available to people, and that has made people look at 3D printing as something they can now do,” Hull explained. “3D printing is just another tool, but it’s a very powerful tool that can create anything.”

Without a doubt, Hull’s contributions to the manufacturing sector, as well as the Maker Movement, have been extremely valuable. Perhaps one day kids will be learning about him in history books, right besides the Thomas Edisons and Benjamin Franklins of the world. Have you had a chance to visit the National Inventors Hall of Fame? What was your opinion of the first ever working 3D printer? Discuss in the First 3D Printer Sent to the Hall of Fame forum thread on 3DPB.com.