Affordability, My Dear WatsonBot; A 3D Printed Robot Built for Less Than $50

3D printing is opening a world of possibilities for custom gadgets and creative designers. It is enabling people to think of unique and fun ideas combining hobby electronics and a custom-designed exterior to make their visions come to life. Some great recent examples have been the SpotiBear, a 3D printed bear toy that can control your Spotify account and play music through the speaker in its belly, or the NFC-automated front door lock designed by a fourteen-year-old electronics enthusiast known as Qtechknow. Now, a designer in Spain has designed an Arduino-assisted robot with a 3D printed chassis, and he’s done it for less than $50 in parts.

Think of the possibilities of having your own four-wheeled programmable robot around the house. You could have it retrieve the mail dropped through your mail slot each morning, entertain the family pet while no one is home, or maybe, with a bit of extra tinkering, even bring you a frosty beverage from the fridge while you sit comfortably in your favorite chair.

Meet the WatsonBot, the inexpensive robot designed by Miguel Angel Lopez. Lopez wanted to design a small four-wheeled robot but found robotic kits to be too expensive, so he decided to build his own. Using 3D prints for the body, some electronics that he had lying around his home, and others that can easily be ordered online, he was able to build this small programmable robot.

He began by searching for other images of Chinese-made robots online from which he could base his initial designs. From there he was able to 3D print Watson’s undercarriage, front and rear bumpers, central pillars between the wheels on each side, and the top in PLA. Lopez then added an Arduino processor, a motor expansion shield, and a recycled RC car battery, all of which he had around his home, to program and power Watson’s movement.

If you don’t have these items lying around your house, don’t worry; Lopez detailed the price of each piece and where they could be found online. He also purchased an Arduino proximity sensor to face forward, allowing Watson to ‘see,’ and four wheels to get him moving.

For the next iteration, Lopez said that he would like to install at least three proximity sensors. He also would have liked to 3D print the wheels as well, but needed a rubber coating on them so that they wouldn’t slip, and he didn’t have the capability to print them at this time. 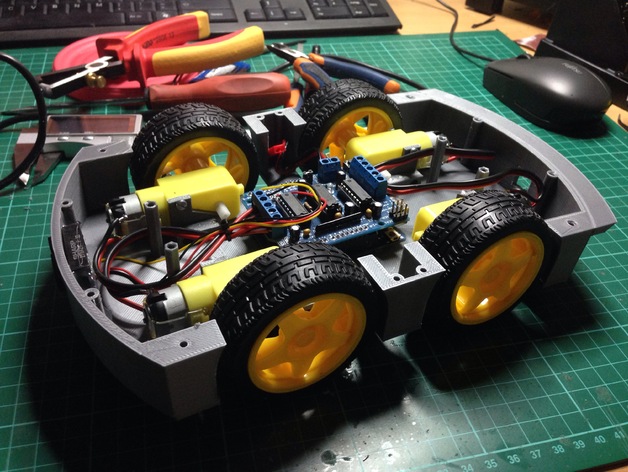 If you’d like to try to create a Watson of your own, Miguel has included all of the information, as well as the initial Arduino code, on Thingverse, where he goes by the username Malopezn. He will continue to update there as he improves on Watson’s design.

Is this a design you’d consider making? Let us know if this affordable 3D printed robot appeals to you in the WatsonBot forum thread over at 3DPB.com. 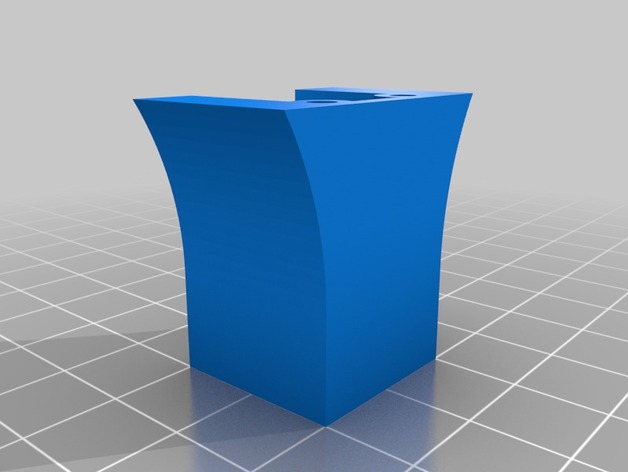