The thing I love most about technology is that its progress is oftentimes plotted along an exponential curve.  As time moves forward the rate of progress increases by an ever expanding amount. Moore’s law is the most well known example of exponential growth within an industry. Moore’s law states that the number of transistors which can fit onto an integrated circuit will double approximatly every 24 months. The crazy thing is that Moore’s law is beginning to carry over to pretty much every industry out there that relies on computational power. As computers became exponentially more capable, so do the technologies which use computers as a central brain.

Over the next 14 years, we will see numerous technologies converge, with the brains behind them all quickening their progression, meaning that the amount of technological change we will see by 2029 will likely surpass that of the change we have seen from 1974 to present. I thought it would be fun to take a guess at just how different our lives will be in a mere 14 years from now. Much of my prediction is based on substantially more powerful computer processing power, as well as the maturing of 3D printing as a major technology.  Although what’s written below is merely a guess, much of it is based on technologies which we know will eventually exist, or are in the early stages of development.

Today I woke up thanks to my new Apple Watch 9 health companion. The device determined that I was just ending a 90 minute sleep cycle, so it gently vibrated my wrist to wake me up. Boy do I feel energized after just 5 hours of sleep! From bed I quickly ran downstairs to 3D print my waffles which were infused with maple syrup, thanks to my new all-in-one Foodini 12 Food printer. The printer uses fresh ingredients to print me all three meals each day if I ask it to. It downloads recipes from the cloud and suggests meals I’d like based on my past reviews. My waffles took approximately 20 minutes to make, and were superb! 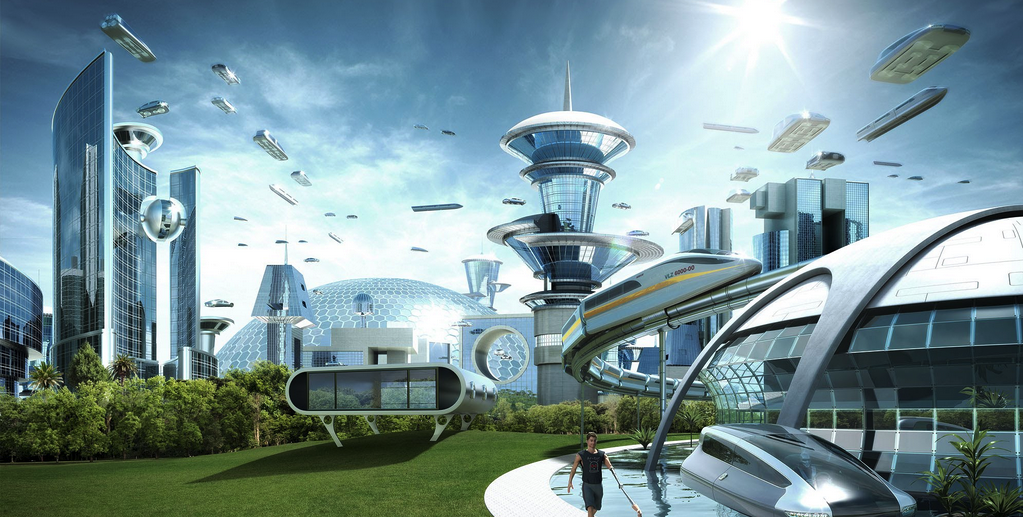 I was running a bit late for work because I decided to take part in a new virtual reality game called Home Run Derby 2029, in which I competed with my brother, 3000 miles away. I lost, but only by one homerun. I have to work on my swing a little more I guess when I get home tonight. I wasn’t too concerned with being 10 minutes behind in my morning routine, despite the fact that I still had to finish project for work before I arrived. I simply ordered an express business class vehicle from Google Cars from my Apple Watch, and within three minutes it was in my driveway. The vehicle was more like a traveling office, no steering wheel, or pedals, just an emergency button, and a whole suite of office supplies, including a 3D printer. I knew the drive to work would be a quick one since I had ordered the express vehicle this morning. Instead of a 45 minute drive it would take me just under 35 minutes. Thanks to the interconnected network that Google had set up, we are able to bypass any traffic via express lanes which will be communicated from the central processing hub. Thirty-five minutes just happened to be enough time for me to 3D print out the six models I needed done for an important meeting this morning with a trade partner.

When I arrived at work we were slammed, but I was prepared. I work for a robotics firm. We are currently in the process of manufacturing our new line of personal assistant robots. This product is called Robot Assistant Version 21. Almost every 5-6 months we come out with a newer, more versatile, better designed model. Unlike 10-15 years ago, it doesn’t take months to create new molds for our latest parts. We use a rapid manufacturing system provided to us by 3D Systems. We can print out new products with a few clicks of a button, at speeds which surpass injection molding techniques, and do it all on a massive scale.

After a long day of work, another vehicle picks me up. This time I ordered an entertainment package. For the next 45 minutes I wander though the dessert fighting off tribal enemies, in a virtual reality experience which is quite amazing. When I arrive home I quickly print myself a hamburger.  Although bioprinters are now available to print out meat that’s not from an actual cow, I used a beef insert that I took out of my fridge for this burger. Bioprinters are still way too expensive for household use.  It will likely be another five years or so before we can have such machines in our homes.

For the remainder of the evening I work on a project I have been spending a lot of time on. I am reconstructing a 1957 Chevy, piece by piece, with my carbon fiber based 3D printer. I’m halfway done the body. Once complete I will outsource some of the more intricate parts, such as the drive shaft, engine, and glass to Staples, who will print me out everything I need. It’s not cheap, but I love cars, and this is something I have always wanted to do. After working for a few hours I finally decide to turn in for the night, excited to see what awesome new technology tomorrow will give me an opportunity to discover.

Discuss this story in the Future 3D printing forum thread on 3DPB.com