If you saw something flying out the window just now as I revved up the car and took off, don’t bother to pick it up. It was just my mental New Year’s resolution fluttering away in the wind, firmly listing all the reasons I was never planning to eat anything enjoyable again — like sweet, delectable blocks of chocolate. After considerable time spent studying the Print Arsenal chocolate 3D printer this morning, I decided maybe cutting out the good things in life is not such a smart idea — not this week, anyway. Let’s keep in mind that if I had my own chocolate 3D printer, I could be manufacturing my own lunchtime snack right at my desk — and that’s not a bad idea — especially considering that I could experiment with different ornate designs and tastes, textures, and shapes.

If that sounds good to you too, check out the Indiegogo campaign just launched by the Print Arsenal. With hopes to raise $15,000 by February 11, 2015, pledges at the $25 mark receive tees, and as contributions hit the $250 level, Print Arsenal begins to offer significant discounts on the chocolate 3D printers, along with cocoa powder, .stl files, and more.

With the funds from the Indiegogo campaign, the fledgling chocolate technology company hopes to do some redesigning of their 3D printer, as well as adding some new features. Print Arsenal plans to customize their own website, promoting an open-source design, available .stl files, as well as comprehensive customer service. Their goal is to invest in more 3D printers, as well as, eventually, a factory in New York.

With a team composed of experienced engineers, Printer Arsenal already has a functioning prototype on the ground that will allow the user to 3D print custom chocolate shapes, employing ‘digital gastronomy’ with what they profess to be the very first commercial grade chocolate 3D printer on the market.

Beginning with a 3D file, users can either download existing files for chocolate designs, or can make their own with specific software. Relying on a heated extruder and syringe, the chocolate recipe, prepared by the user by melting chocolate or mixing cocoa, has to be at just the right consistency to pass through the syringe tip as well as hardening into just the right form. Temperatures can be adjusted according to settings on the machine’s SD card.

Offering the ability for users to become their own manufacturers of chocolate is a pretty easy sale pitch, including a price of just under $4K for the 3D printer itself. Printer Arsenal allows for an exciting foray into creating textures, flavors, and shapes. And if you are going to ditch that New Year’s resolution already, why not go big?

Have you 3D printed with food or chocolate? Will you be pledging funds for this campaign? Tell us about it in the Print Arsenal 3D Printer forum over at 3DPB.com. 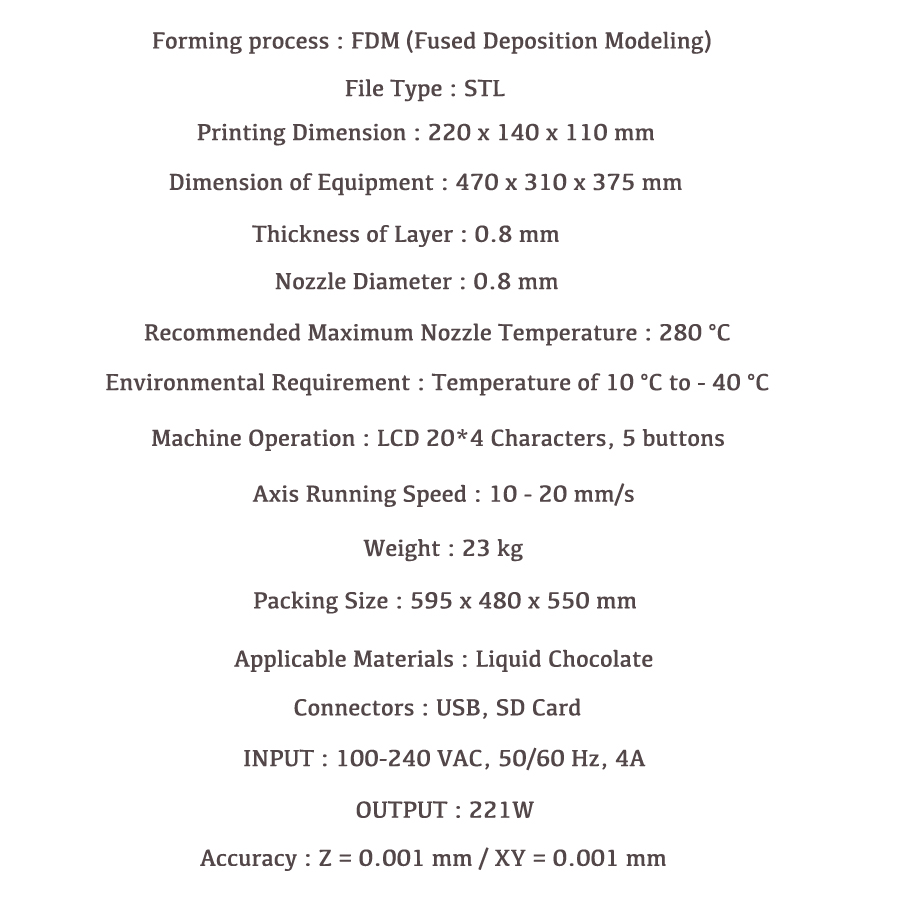