Particularly in the last several years, 3D printed houses have become increasingly prevalent, but the technology may be much older than you might have thought. The seeds for the concept actually date back to William E. Urschel’s “Wall Building Machine” in 1941. Although the machine was not completely automated, the progenitor resembles bears a striking resemblance to many construction 3D printing systems we know today.

Now, if you have heard of the Urschel name, you are probably in the food manufacturing industry or from Indiana. The company has been located in the state since its founding in the early 1900s, when William E. Urschel started selling his gooseberry stemmer machine to local farmers. The firm eventually expanded to other food processing equipment and is still known for the technology today. However, in the 1940s, priorities changed briefly when the company was instructed to halt food processing operations to focus entirely on WWII efforts.

Generating the necessary supplies meant everyone was expected to do their part. For Urschel and his company, that not only meant manufacturing shell loadings and assembly equipment, but also exploring new inventions that could help the U.S. military on the battle front. One such inventions was the Wall Building Machine. 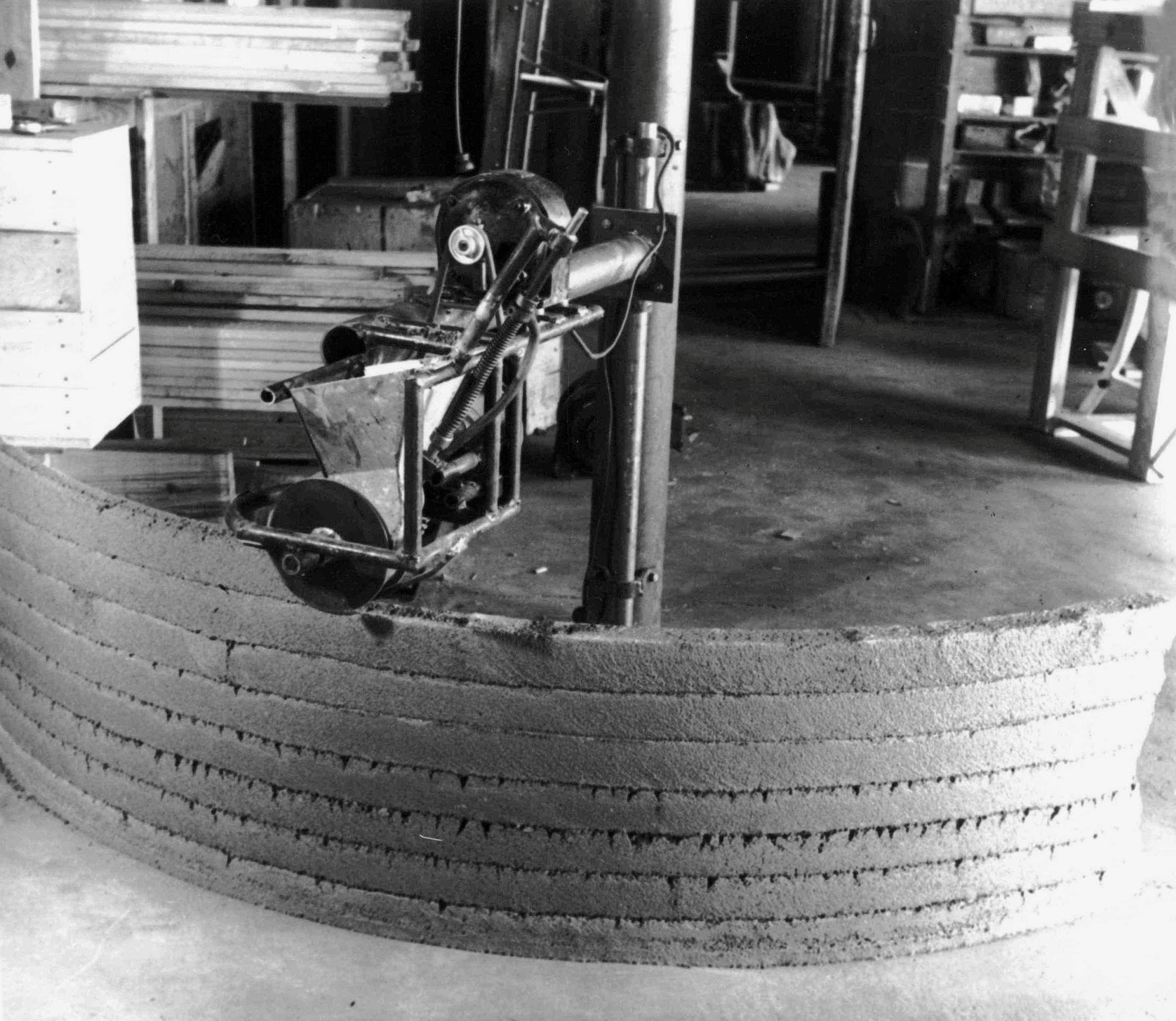 Originally intended to quickly build bomb and other shelters for war, William E. Urschel’s Wall Building Machine is one of the oldest forms of semiautomated layer by layer concrete construction. It was patented on October 20th 1941, and relied on a radial print arm to rotate in a circle to deposit cement. This is not dissimilar to the architecture of Apis Cor’s 3D printing system. 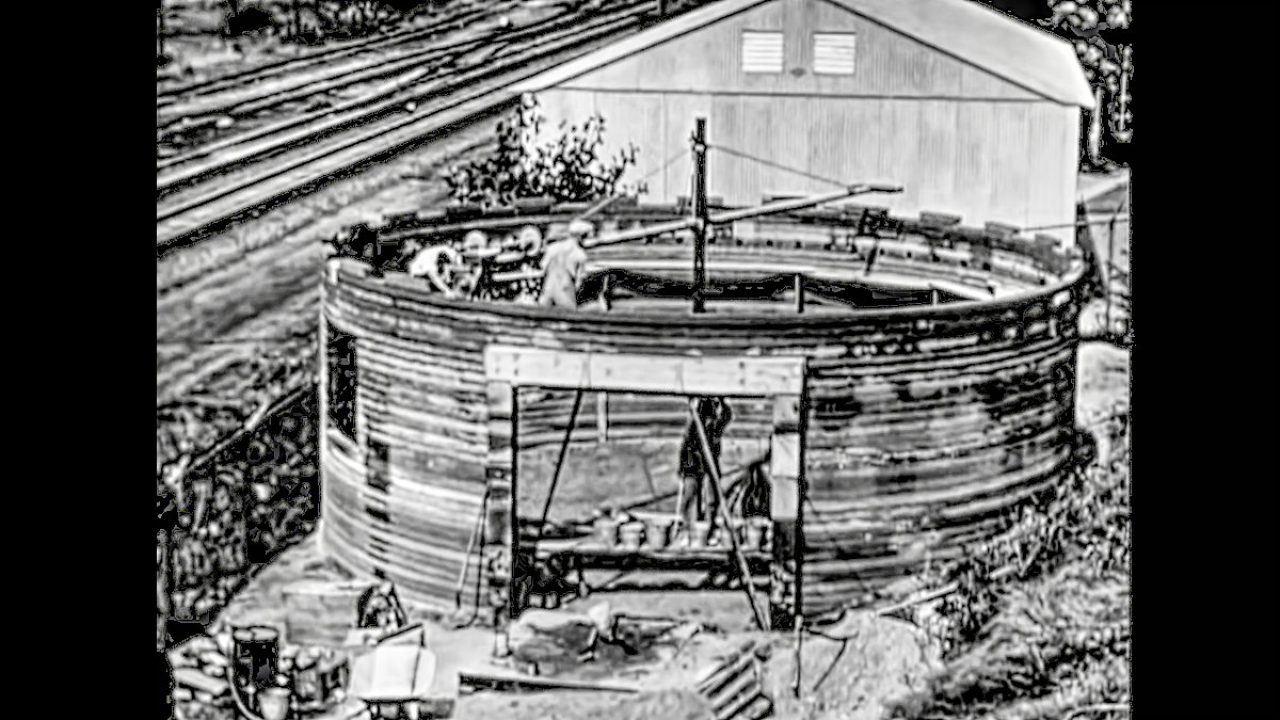 The machine also incorporated spinning disks to the side of the print head to smooth the extruded concrete and featured a tongue and groove fitting to increase adhesion between layers. Rebar could also be laid with the concrete to give the cement added support to withstand strong winds and shockwaves from bombings. Interestingly enough, even the doors and windows were made using techniques similar to those used today. Overall, Urschel’s structures resembled a modern 3D printed house, and if you were to put them side by side, then you could see how one inspired the other. 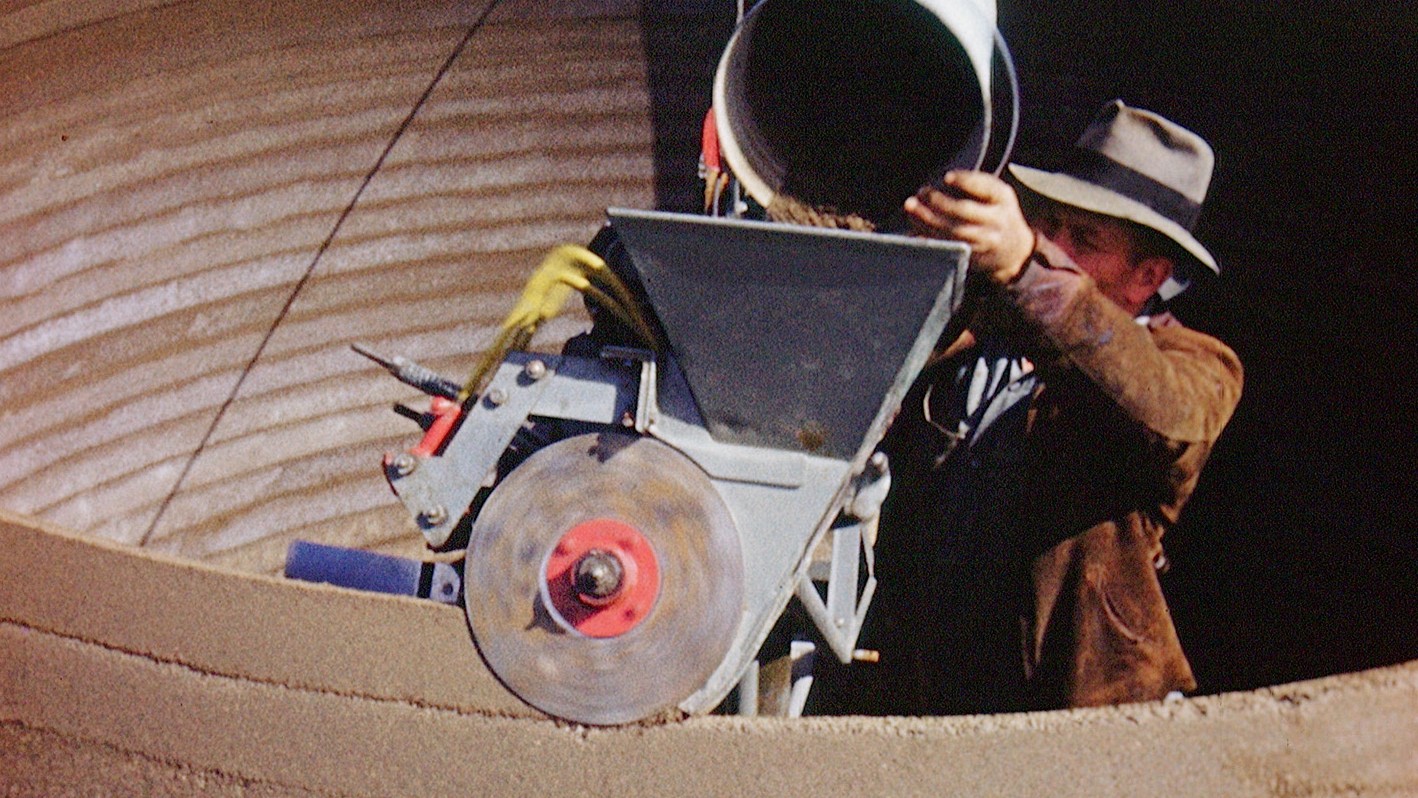 Close up of the print head of the “Wall Building Machine” 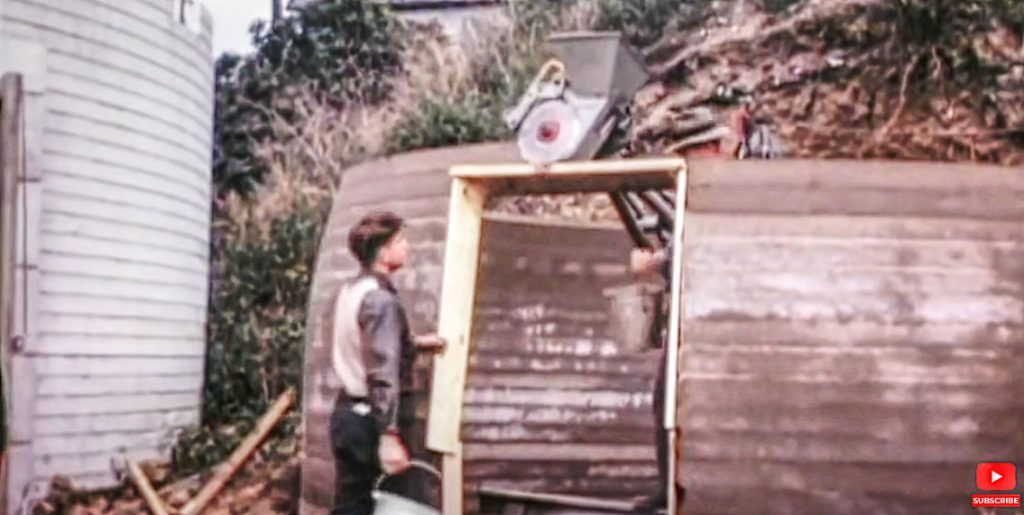 “The Wall Building Machine” building a door to a bomb shelter.

Unfortunately for Urschel, this machine was well ahead of its time, and did not receive the same attention that 3D printed houses get today. The technology grew cold after the war and wouldn’t resurface for another 50 years when concrete 3D printing began its renaissance. To think, this history was almost lost if Jarett Gross had not posted his original video discussing the topic.