Back in 2018, the CEO and founder of rocket company Launcher, Max Haot, was looking for a solution to print entire combustion chambers for his rocket engine. The parts are typically very large and have intricate internal regenerative cooling channels, so finding a 3D printing process to produce a large copper alloy, single-part, was difficult but critical for Launcher’s goal towards high performance and low production costs. The company turned to manufacturer Additive Manufacturing Customized Machines (AMCM) to develop an ideal printer for the job. Nine months later, AMCM released its M4K industrial metal 3D printer and printed a first combustion chamber model out of cast aluminum alloy.

Since then, Launcher and AMCM – an EOS Group company – began a long-standing partnership that led to the creation of the world’s largest, single-part 3D printed combustion chamber. Now, the rocket maker announced the purchase of the M4K printer to make combustors at its new Hawthorne, California headquarters and production facility. By additively manufacturing the entire 10 ton-force E-2 rocket engine, Launcher hopes to continue developing its orbital launch vehicle. Once complete, the rocket will be ready to commercially deliver small satellites to low Earth orbit (LEO) by 2026. And since the engines will require less propellant to get to orbit, the company hopes to deliver more satellite cargo per rocket and offer a lower price than its competitors.

In a LinkedIn post announcing the purchase, Haot said that “in 2017, the space industry needed a 3D printing breakthrough to print larger liquid rocket engines. To meet the challenge, we partnered with AMCM GmbH to create the AMCM M 4K 3D printer for printing Launcher’s E-2 liquid rocket engine chamber as a single part in copper alloy.” While space companies 3D printing liquid rocket engines rely on Inconel alloy as their combustion chamber material, Launcher turned to NASA research to learn more about 3D printing copper. Then they asked for support from AMCM and EOS to print copper alloy, which offers optimal thermal conductivity properties, enabling more effective regenerative cooling. Thanks to Launcher’s design, the use of 3D printed copper alloy, and a unique liquid oxygen cooling system, the prototype sub-scale engine currently being tested is so efficient (over 98% according to Launcher) that it produces a blue exhaust plume, which is unprecedented for kerosene engines. 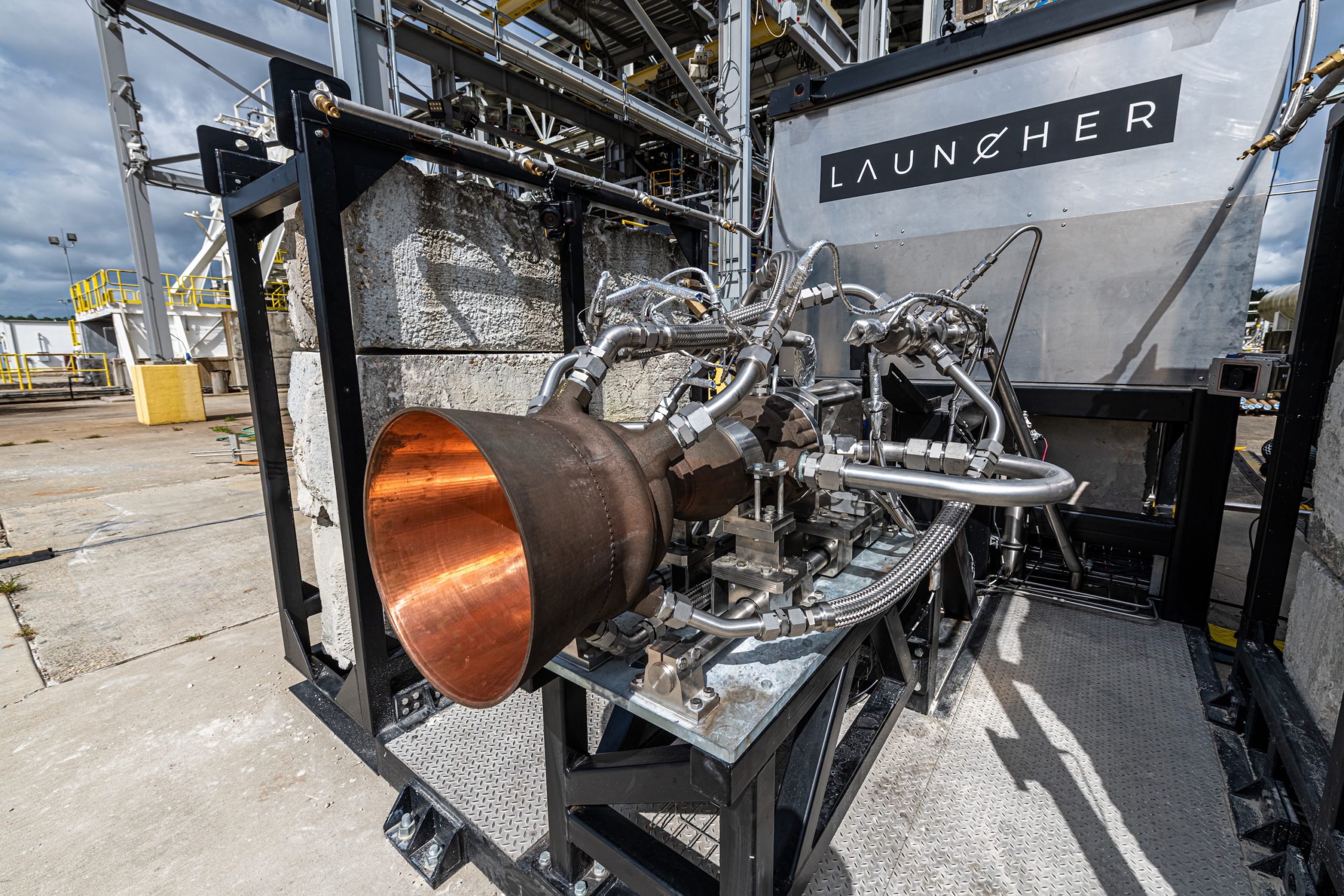 AMCM Managing Director Martin Bullemer pinpointed several major advantages of metal AM in producing liquid rocket engines, including lower manufacturing costs and more design flexibility. But printing in a single piece not only reduces costs it also enables the highest-performance regenerative cooling design. Bullemer said the result of these benefits is an improved propulsion system that uses less propellant, carries larger payloads, and enables new ideas and applications to take flight. The expert highlighted: “Additive manufacturing is revolutionizing the space industry, and innovative companies like Launcher are taking advantage of this advanced 3D printing technology.” Now in serial production at AMCM’s expanded facility in Starnberg, Germany, the customized, high-performance Direct Metal Laser Solidification (DMLS) M4K printers are tailored to produce large applications, with a height up to one meter (40 inches), and capable of printing copper alloy, the most advanced material for liquid rocket engine combustion chamber production.

Built on the EOS M 400 platform, the AMCM M 4K large scale, high productivity system is ideal for demanding AM applications and has up to 400 or 1.000 Watt laser power. Additional features include increased robustness of the frame design, a new filter system, and optional soft recoating. Out-of-the-box, the AMCM M 4K can produce applications from a wide range of materials, not just copper alloy, like aluminum and nickel alloy. With partner AMCM, Launcher built its first rocket engines in October 2019. Following the test-fire in October 2020 at NASA’s Stennis Space Center in Mississippi as part of a $1.5 million U.S. Air Force award, the company decided it was time to purchase the M4K. The new platform will be part of Launcher’s new 24,000-square-foot building in California, where it will complete its launch vehicle.