A friend of mine knows a nearby beekeeper from whom we can get some great, fresh, local honey, which I use to liven up my tea…and smoothies, desserts, and a variety of other treats that could use that nice, sweet touch. Local honey is not only tasty and ecologically sound, but it also has the benefit of adding fortifications against pollens in the area that add to seasonal allergies. My fiancé dreams of the day we own a nice house with lots of backyard space so he can keep a small hive back there to produce our own honey. I’ve been telling him no on that front, because beekeeping isn’t an easy, cheap, or necessarily safe hobby, and it seems pretty difficult to harvest just minute amounts of fresh honey. While I’m not ready to give my blessing on that front quite yet, a new means of beekeeping has just emerged that truly enhances almost every aspect of that work. A father-son team out of Australia, Stuart Anderson and his son Cedar Anderson, have been working for more than a decade to come up with a better way to harvest honey. Their goals included increasing production, decreasing bother to the bees, and being able to mass produce the winning concept in order to maximize the benefits across the worldwide beekeeping community.

“There was this one moment when we were well along the path with a particular patent,” Cedar said. “Dad just moved his hands in a particular way and in two seconds I understood exactly what he meant. Then the entire design changed.”

Flow Hive is a novel means of adding a man-made, plastic honeycomb starter frame into the beehive. The frame’s honeycomb structures are completed by the bees, which also cap them off with their wax as they produce honey. When the combs are full, harvesting–traditionally a laborious effort that disrupts the entire hive as the frames are removed, taken to other locations to clean and then purify the honey, and then returned to the hive, again disrupting the bees–is literally the matter of turning a handle. Below is a short video detailing this frame idea.

The ingenious idea centers on the honeycomb structures. The frames are created via 3D printing, using a BPA-free, food-grade plastic. The 5.8mm honeycomb cells are designed to each break apart at the turn of the handle, allowing the gathered honey to flow downward. Once the honey reaches the bottom of the frame, it pours out through a spout that is attached. The splits in the cells are also large enough to ensure bees cannot catch a leg or wing in it.

The concept, while it may seem simple, is making a huge splash among beekeeping aficionados. In fact, the 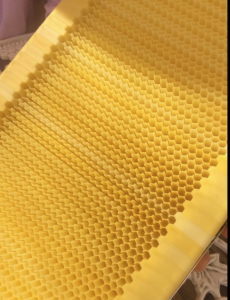 Indiegogo campaign for the Flow Hive was fully funded within a matter of minutes and broke the record for the most fully funded international campaign more than a month before it concluded. At its conclusion last week, the Anderson team raised a grand total of $12,203,195 (USD, despite being an Australian campaign), thanks to a whopping 36,526 backers. That’s an incredible 17,433% over the original $70,000 goal. That original goal, in fact, was reached in just 477 seconds–that’s not even a full eight minutes.

Once they had the design, 3D modeling helped them to render it just so, and then 3D printing brought the cells to life. Information about just what production systems they used along the way seems unavailable, though the pair has been quite open with most of their design process and inspirations, even doing a Reddit AMA (Ask Me Anything) earlier this month.

Have you ever tried beekeeping? Let us know if you think the Flow Hive system might be something you’d be interested in using for your own drones and queen. Join the discussion in the Flow Hive forum thread over at 3DPB.com. Check out a video detailing the process, as well as more photos, below. 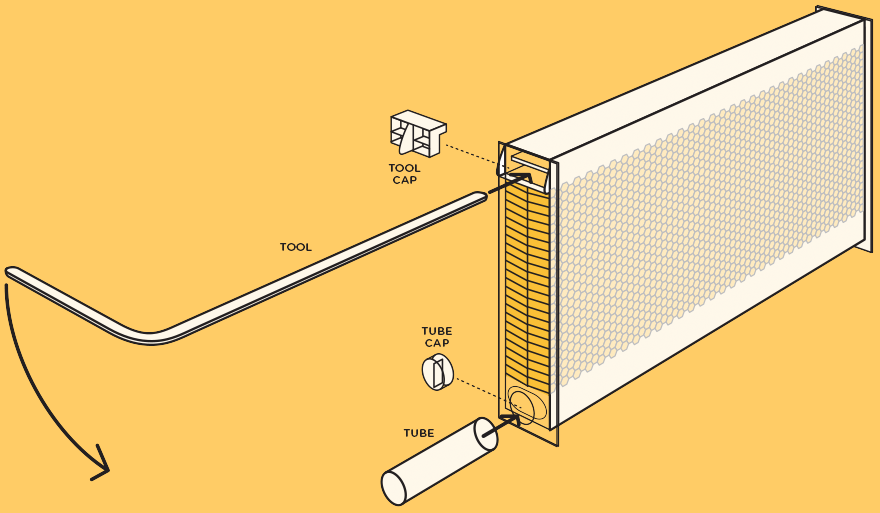