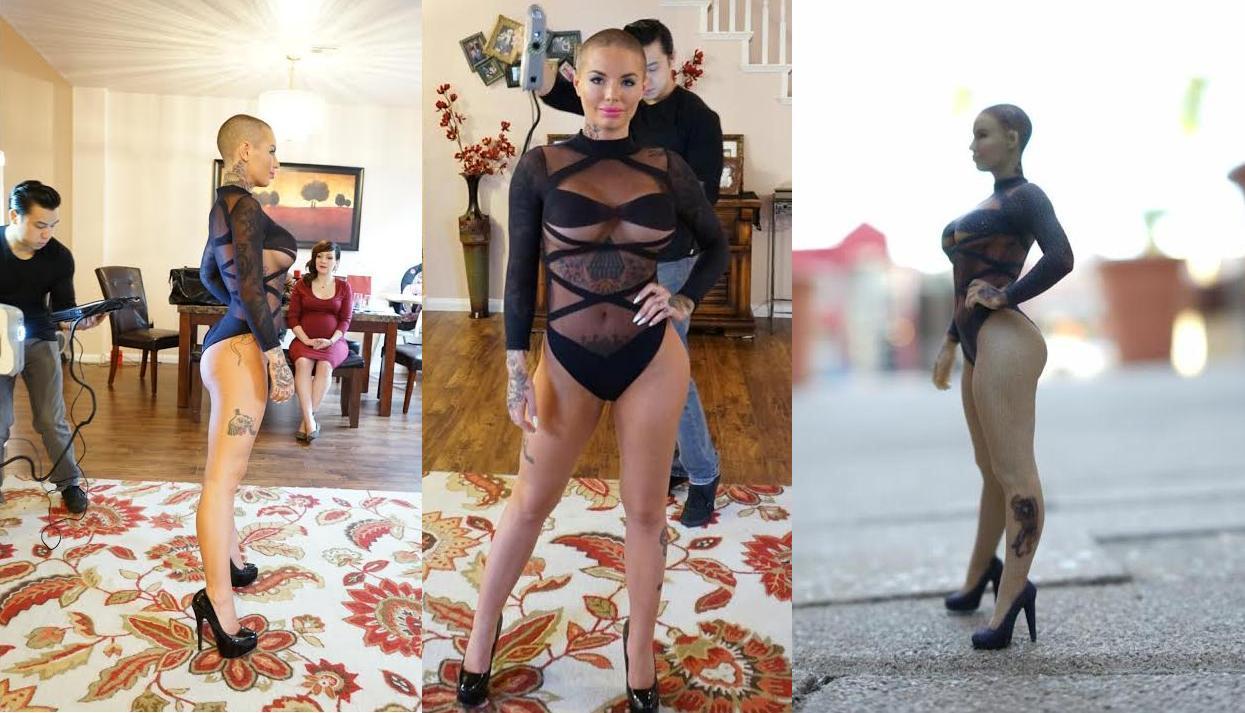 As many of you have seen over the past year or so, 3D printing is beginning to create what some would call the ‘next generation selfie.’ Gone are the days of simply taking a photo of yourself and posting it to the web, as 3D scanning and printing are beginning to make their marks within pop culture. With the increasing affordability of both 3D scanners and 3D printers, and the ability to walk into a 3D print shop or simply send your designs to online 3D printing services like Shapeways or Sculpteo, 3D technology is really beginning to hit the mainstream.

One company which has begun to make a name for themselves within the 3D printing space is CoKreeate. The Alhambra, California-based company has already teamed up with several well-known celebrities, such as Larry King, Kat Bailess, SuicideGirl Milloux, and ‘Mini Me’ among others, to 3D print miniature figurines in their likeness. They’ve even 3D printed a 3-dimensional wedding photo of my wife and me, which I proudly display in my office. Their latest project, however, might be their most ‘interesting’ yet. They have teamed with adult film star Christy Mack to 3D scan and print a miniature version of the popular actress.

“We were very fortunate to have worked with Ms. Christy Mack,” CoKreeate co-founder Jewel tells 3DPrint.com. “We were introduced to her by one of our good friends, who we had met last year and just kept a good relationship with. She is also one of Christy’s best friends. When we had the opportunity to create her figurine, and she introduced CoKreeate to Christy so that she could also get a one of a kind figurine of her own.”

Using an Artec Eva 3D scanner, CoKreeate co-founder Andy Co was able to capture Mack’s entire body.  This was directly sent to their computer and then after getting it prepared for 3D printing, it was off to the 3D printer to watch the magic happen.

“3D scanning and printing Christy will give us a good opportunity to help spread awareness about 3D printing and its capabilities through the help of Ms. Mack’s social media,” Jewell tells us. “We discussed with her about future products [we could create] to offer to her fans.”

Mack has plenty of them. With over 712,000 followers on her Twitter account, and another 1.2 million fans following her on Instagram, it certainly could be a huge boost for both CoKreeate and 3D printing in general. Currently CoKreeate and Christy Mack are in discussions to potentially collaborate in producing more of these figurines to sell to her fans and possibly generate some funding for charities. As more develops, we will keep you updated. Stay tuned!

What do you think about the 3D technology that is bringing some of our favorite celebrities into our homes through 3D printed figurines? Do you think more celebrities will be taking part in collaborations like this in the future? Discuss in the 3D Printed Christy Mack Figure forum thread on 3DPB.com. Check out some more photos below.