UK Government Report Says 3D Printing is a Threat to National Security, and That Should Scare You

The Ministry of Defence is a government department within the UK that takes responsibility for managing the nation’s official defense policy and their various armed forces. However it also has broader responsibilities that include protecting the country’s overseas interests, working to maintain peace and stability internationally and looking ahead to prevent unexpected or unforeseen dangers from taking the nation, and the world, by surprise. I’ll leave judgment about their effectiveness and how well they’re doing that job to the pundits, but they have decided that part of that role is to assess growing societal trends and emergent technology and try to understand what role it may play in any future conflicts.

As with the United States, the Ministry of Defence spent much of the ’70s and ’80s bracing themselves against potential conflict with the Soviet Union. However when it collapsed in on itself, and with the resulting dissolution of the Cold War, there seemed to no longer be any short-term conventional military threats on the horizon. Rather than scale back their activities, both agencies have seemed to step them up and begun examining the potential for smaller-scale hostilities. The Development, Concepts and Doctrine Centre (DCDC) is a think tank that was assembled in the late 1990s to develop specific concepts and doctrines that they hope will foresee possible threats and allow the government to plan potential responses to them.

The DCDC regularly writes reports that collect and contextualize what they see as future trends, threats and hazards, and draws up limited response suggestions to help policymakers develop their counter strategies. In their Future Operating Environment 2035 report, the think tank singles out a wide variety of what they consider potentially dangerous new threats that could arise from advanced, cutting edge technology. The report specifically warns of natural and manmade threats like crowdsourced ‘swarm attacks,’ genetically engineered weapons, cyber-warfare and the development of new pathogens. That’s all big, scary stuff that would give anyone pause.

The report also believes that hostile powers and extremist groups will have more access to unconventional weapons and that it will be more difficult to differentiate between government aggressors and rogue groups unaffiliated with any single nation. The threat of nuclear weapons is also of major concern to the DCDC, and they worry that there could be limited use of tactical nuclear exchanges within conventional conflicts by the year 2035. And also that some non-Western nations could even use them to limit or de-escalate growing conflicts. One of the more interesting, and worrying, sections of the report called The Changing Technological Landscape highlights threats that the DCDC believes advanced and low-cost technologies could very well pose. 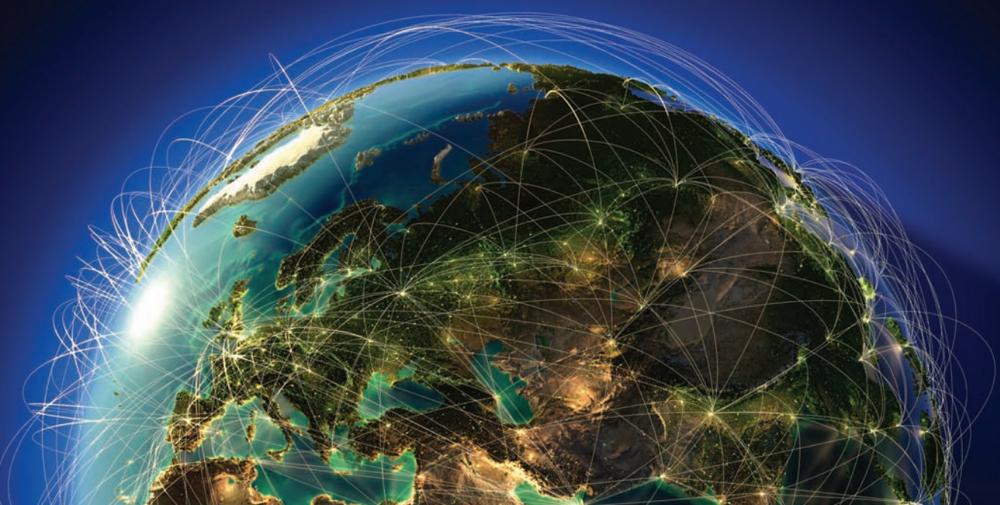 Big Data and the connected world are seen as potential threats. Cat videos are serious business.

“Global connectivity and open markets will facilitate greater access to research, equipment concepts and technologies. Along with decreasing production costs, these factors will enable technologies to proliferate, allowing a diverse range of actors to access capabilities once restricted to just a few states. A range of actors, including less advanced adversaries, may employ existing dual-use or commercial technologies in highly innovative ways that may dislocate our understanding of their activity. Additive manufacturing (sometimes referred to as 3D printing), reverse engineering and greater innovation will increase the amount of illicit and unregulated technology transfer, exacerbating the threat to the UK. Other actors will access, adopt and integrate technology at a rate that will make it increasingly difficult for the UK to maintain a technological edge.”

I don’t want to sound paranoid, but that sounds suspiciously like the maker movement filtered through a domestic terrorism lens, and it makes me really quite uncomfortable. I know the goal of the report is to bring up issues that could potentially pose a threat, so the air of mistrust is wordlessly implied. But still, I find many government agencies’, from both the UK and the US, growing willingness to view technological advancement, and the people who develop it, as a threat to be an incredibly dangerous mindset. And their suggested response to this threat doesn’t help me feel any more comfortable, especially when it sounds suspiciously like they are suggesting larger spending budgets.

“New technologies will need to be increasingly adaptable out to 2035 – both to allow for interoperability with legacy systems and for modernisation or upgrade. Simply procuring superior capability will not be enough – the speed at which Defence can adapt and integrate technologies will be more important. Maximising cross-environment utility will also be an important consideration for military equipment. In future, the UK may be obliged to share with, and use, allies’ intelligence and cutting-edge technology to enhance interoperability and effectiveness.” “Hooked on Conflict worked for me!”

I would never suggest that governments should not prepare themselves for any potential threats, or do its best to maintain a technological edge. But sometimes it seems less like they are preparing for a threat and more like they are hoping for one. And yes, I’m all for lawmakers being educated on advanced technology, it often produces better laws and a more informed governing body. But history has shown us time and time again that lawmakers are often woefully uneducated on the very subjects that they have been tasked to regulate and control. In the government, politics will always supersede the development of sane policy. That’s why in the United States, the House Committee on Science Space and Technology has nearly a dozen members who are aggressively anti-science, and almost comically unwilling to accept climate change as scientific fact.

When governments decide to write laws without even reading the entire reports on the actual subject that they are expected to regulate, really bad things tend to happen. If they can spend thirty years misunderstanding or, more cynically, willfully ignoring, the effects of climate change despite there being a near consensus among scientists, what hope does new and barely understood technology stand? We’ve already seen how the US government reacts to 3D printing when they are erroneously lead to believe that entire arsenals can be instantly manufactured at the push of a button. How then will they respond when told that 3D printing, and of all things Big Data, will be weaponized by terrorists in the future? Here you see the mama future tank pushing the baby future tank out of her protective pouch for the first time.

Of course the DCDC makes a point of mentioning that their reports are based on research and findings that do not represent the “official policy” of either the Ministry of Defence or the UK government. Nor to they want to be seen as trying to predict the future. But it isn’t like the DCDC isn’t a government-funded think tank that won’t have their findings taken seriously. The first time that I read through the report, it all seemed like something written by a group of really cynical futurists, but as I read through it a second time, it seemed a little more sinister. I felt as if the report was less about foreseeing potential threats and more about trying to push government in a specific direction.

I would never suggest that I have all of the answers, or even a valid course of action for the government to take in regards to the potential use of 3D printing by terrorists. Of course it’s a plausibility, terrorists groups have weaponized Twitter for goodness sake. And perhaps I’m overreacting a bit, but based on a long history of governments, in both the US and UK, stifling technological advancement and the free sharing of information ‘for security reasons’ I couldn’t help but come out of this report not feeling uneasy. And not at all for the reasons that the report really wanted me to feel uneasy about. But I encourage you all to read the report for yourself. Are you surprised about these ideas regarding big data and new technology? Discuss in the 3D Printing as Threat forum over at 3DPB.com.