You may not have noticed the declining number of desert tortoises in the Southwestern US in recent years, but it hasn’t escaped the attention of a team of conservationists who have come up with a high-tech way to use 3D printed shells to educate their predators to leave them alone. The initial image that came to mind was of a series of slowly marching herbivores, lazily munching on vegetation while fending off arial attacks via lasers that had been fitted to their shells. Apparently, however, that is both impractical and unnecessary and so for some reason has not been fully explored as an option. In the meantime, the conservationists have been working to create a series of 3D printed decoy shells to fool the hungry ravens who are all too often targeting the youngest of these tortoises as their meal of choice.

The thing about ravens though is that they are surprisingly clever. So, instead of simply creating decoy shells to distract the ravens, they are using these artificial carapaces as part of a raven re-education program. The plan is to place these decoy shells after having sprayed them with a non-toxic substance that the ravens find highly unappealing. It shouldn’t take too long for the ravens to realize that they are pecking at something awful smelling that doesn’t yield any reward and they may begin to simply discount tortoise hunting as a worthwhile expenditure of energy.

The key here is that the ravens aren’t harmed, there’s no need to hunt them down or poison them, instead just fill them with a strong sense of doubt about the cost/benefit ratio of attempting to eat a small tortoise. It’s the same sort of aversion therapy that I wish would work for cockroaches or talkative children, I’d rather not squish them, but instead have them convinced that they must be in the wrong place and leave. 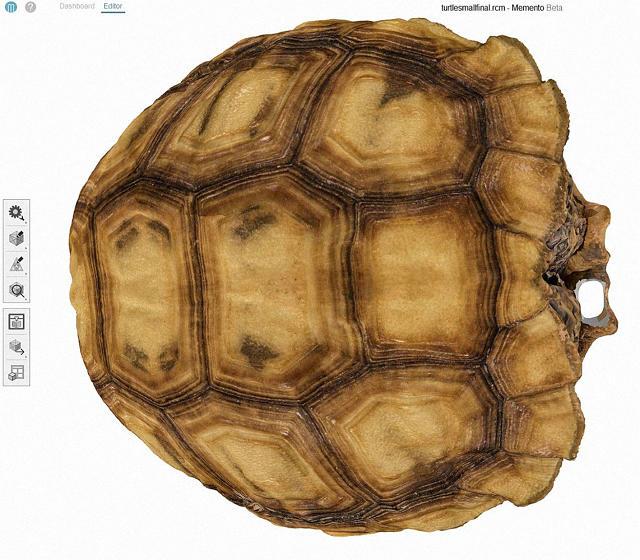 The faux-shells were created as part of a collaboration between Hardshell Labs and Autodesk and are also equipped with sensors that track the ways in which the ravens interact with them to provide more data about the predator’s behavior and to paint a picture of any improvements that need to be made. The initial phase of testing is underway, with three lures having been placed by conservation researcher William Boarman. He hopes to be able to conduct a larger scale test involving as many as 50 shells along with motion-triggered cameras to collect data about the predator interactions.

Boarman described the development of this unique approach to conservation and the contribution made by 3D printing:

“About 15 years ago, we used styrofoam models of juvenile tortoises that were nowhere near as authentic-looking as the 3D models are. Nearly 40% of those models were attacked by ravens, so we are confident the more realistic 3D ones will work. We are testing to see if other tortoise predators, such as coyotes and kit foxes, respond to the lures. If so, we could possibly use the models to train them with taste aversion not to eat tortoises. The applications [of this technology] to conservation are so broad they are only limited by conservationists’ creativity.” Just how good are these fakes? Autodesk’s Tatjana Dzambazova thinks fooling the ravens is a sure bet. She’s showed them to colleagues and found that even when they know one of the shells they are looking at is fake, they can rarely distinguish which is which. This means the unsuspecting ravens are even less likely to spot the fake. Of course, there’s always the chance that they will detect the trickery using other means, but Hardshell Labs is ready to respond to whatever the ravens might bring.

Tim Shields, the founder of Hardshell, described the type of information to be gathered as part of the perfection of these lures:

“We hope to use these lures to assess predation frequency by recording attacks (beak marks made in soft ’tissue’ of the lure), videotape and photograph raven behavior as they approach and attack the lures, experiment with robotic versions adding the element of motion to the equation, and experiment with marking, trapping, and aversively training the birds. As we gain experience, we will probably find other combinations of predator and prey with whom this formula will work. We may ultimately be able to add an olfactory element by accurately ‘scenting’ the lures for species that identify prey both by sight and smell.”

So, short of lasers, shell mines, and extensive training in the art of taekwondo, these clever fakes seem to be an excellent way to engage in a non-damaging bit of conservation. And even if the tortoises don’t know it, their chances of survival are looking a whole lot better. Tell us your thoughts on this re-training system in the 3D Printed Tortoises forum over at 3DPB.com.