Just a couple days ago, we reported on a new 3D Printer, by ‘New Matter’ called the MOD-t. They plan on launching a crowdfunding campaign in the near future, to fund its production.

Today, we have received additional information concerning the mechanics of the MOD-t. As most of you know, the majority of FDM 3D printers operate in a similar manner. There are typically 3 axes, the X-axis, Y-axis, and Z-axis, all three of which the printer’s extruder runs on. The X and Y axes move on a 2-dimensional plane, left-right and top-bottom, parallel to the build platform of the printer. The Z-axis runs vertically, up and down, thus allowing 3D printers to create 3-dimensional objects. A typical 2D printer, like the inkjet that sits on your office desk, only utilizes the X and Y axes, thus your documents only print in 2 dimensions. Adding the Z-axis allows 3D printers to print on an additional plane (the third dimension).

‘New Matter’ is changing the way that 3D printers operate. Instead of having the extruder, which is where the build material is expelled from, move on all three axes, they have changed the mechanics around quite significantly. The MOD-t 3D printer will feature an extruder that only moves in the Z direction, while the build plate will move in the X and Y directions. 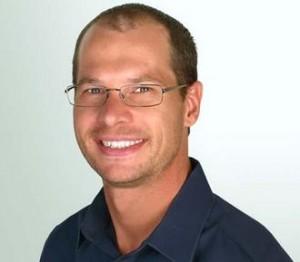 “The combined X-Y axis motion system in the MOD-t is patent-pending, and we believe one of the real differentiators in our product,” explained New Matter’s Co-Founder & President Steve Schell to 3DPrint.com. “It is a very simple two-axis motion system with very few parts. We’ve got a very unique mechanical design that reduces part count (and therefore costs), and improves both reliability and ease of use. I can’t wait to launch this product and see how people respond!”

Because there are fewer parts involved, the costs of making the MOD-t 3D printer will be quite a bit lower than typical 3D printers. This will allow them to greatly reduce the price, and hopefully generate interest from those that normally wouldn’t consider purchasing a 3D printer. As for the price that the MOD-t will launch at, details are not yet being released. What do you think? Is this new mechanical method of 3D printing, something that you think will work? Discuss this new method and the new printer from ‘New Matter’ in the MOD-t discussion thread at 3DPB.com