LEGO recently announced another additively manufactured (AM) LEGO brick! The 3D printed pogo stick is the third official additively manufactured LEGO block and was included as a gift when backers bought the new crowd-funded book, The Secret Life of Lego Bricks. The new brick displays the intricate structures possible with 3D printing and might mean mass produced 3D printed LEGO bricks are closer than we think.

LEGO’s AM explorations date back to 2019 when the group first released Design ID 66237, a 3D printed drafting arm. That arm accompanied the LEGO “Systems House” Set, and was the first time LEGO announced they were utilizing AM to build bricks. The set commemorated the opening of the LEGO building back in 1958, and if it were not for the drafting arm’s matte finish, few people might have known it was additively manufactured.

LEGO soon capitalized on the public’s interest and began designing its next 3D printed LEGO piece.

However fans would have to wait until September 2022 for LEGO to release its second AM brick, The Red Duck, inspired by LEGO’s first toy. The 3D printed duck operated similarly to its predecessor and quacked its beak as the toy rolled across a surface. Sadly, the piece was exclusive for special guests during the Adult Fan of LEGO Day event in Billund and could only be bought on auction sites after the fact.

Luckily, waiting for the next 3D printed brick would be much shorter. LEGO fans only had to endure a few months before Ronan Hadar, Senior Director of Additive Design & Manufacturing with the LEGO Group, took to LinkedIn to announce the group’s achievement and its third AM brick. “Our third Additively Manufactured LEGO Brick has now been launched!

The LEGO Group has partnered together with Unbound to launch a book dedicated to and crowd-founded by our fans, called: The Secret Life of LEGO Bricks.

During this pilot, we will again collect feedback from our consumers, in order to continue our Additive Manufacturing journey in the right way.

The Pogo stick was first posted to The Brick Post and was chosen based on feedback from users. They wanted to explore a new design/play function and do something different. The spring coil is my favorite part of the pogo stick and is a simple yet effective way to show the possibilities of 3D printing LEGO bricks.

Sadly, for all the LEGO fans that were hoping to get their hands on these blocks, you will have to pay a hefty price now. The pogo prototypes are available on BrinkLink, but each go for a minimum of around $800 due to their exclusivity. 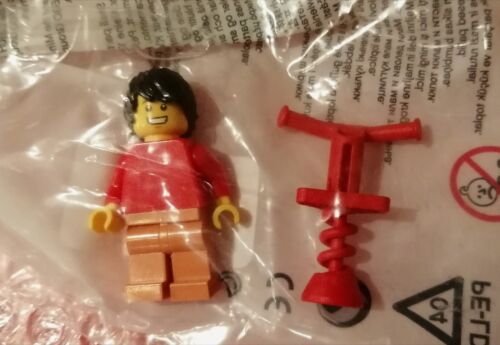 Although the pogo sticks are quite expensive, with how much LEGO has announced with AM recently, hopefully, it won’t be long until they offer a more affordable model. After all, the company has been hiring a good deal for its AM division lately. We are excited to see how LEGO continues incorporating AM into its existing manufacturing infrastructure and how it improve on the process in the future. It’s an exciting time to be an Adult Fan of LEGO, and fingers crossed, the company’s fourth 3D printed piece will be here before we know it.