I remember growing up as a kid, whenever my father was home, it seemed as though our television was always tuned to whatever station was playing Star Trek. My Dad was quite the avid Star Trek fan, and would probably be considered a borderline Trekkie. While I was too young to thoroughly enjoy this futuristic-themed television series at the time, I have since become a bit of a fan myself.

It’s funny, because one of the first things that people often compare today’s desktop 3D printers to, is the Replicator from Star Trek. While today’s 3D printers are not yet able to do everything that the Star Trek Replicators could, they are well on their way to perhaps one day eventually reaching these heights.

One Youtube user, who goes by the name “Printing the Revolution“, and happens to own an Ultimaker 2 3D printer, decided to use his printer to create one of the ships from the original Star Trek TV series, the Starship Enterprise (USS Enterprise NCC 1701). 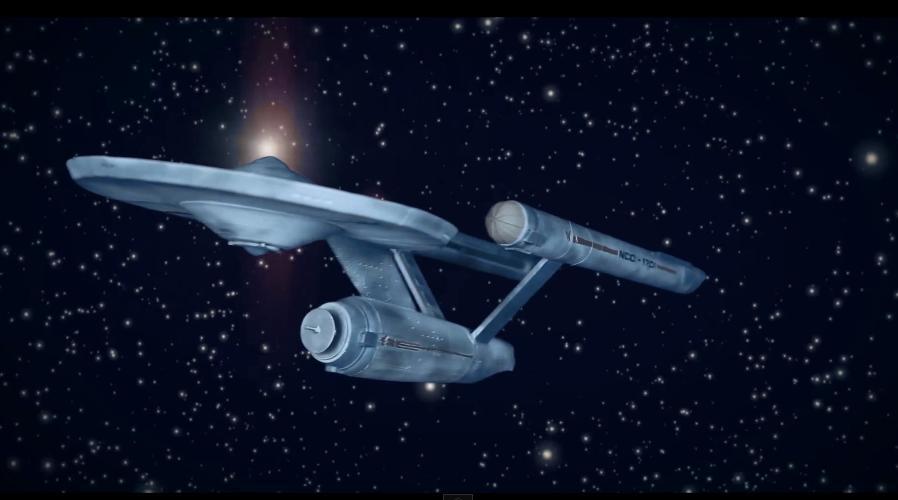 Using his Ultimaker 2, he downloaded a design from Thingiverse, sliced it with Cura, and then 3D printed it. Once he completed the 3D printing process, he had to connect the eight separate pieces together, before sanding it down and then proceeding to use his airbrush to paint the incredibly detailed ship, which was printed in a solid green PLA filament.

“The green filament actually came with my Ultimaker 2,” he explained. “The enterprise was basically my third ‘large’ model after printing a vase and a T-800 skull, which I also painted using my airbrush.” Fresh off the 3D printer

While he doesn’t remember all of the printer settings used, he does remember that he printed it using PLA plastic with an extruder temperature of 215 degrees celsius. He used a layer height of 0.15mm and a print speed of about 40-50mm/sec.

For painting the ship, three colors were used: White, light grey and dark grey. He just got the airbrush kit recently, so he admitted to not being an expert by any means. However, the results, as you can see in the photos and video below, were quite incredible.