The traditional manufacturing industry paradigm that we are in today has its roots in various techniques and methods that are proven and have been in use for quite some time. With this though, there come some pros and cons. We are able to create items quickly and efficiently. These methods may not be the best though in terms of sustainability with products. Traditional manufacturing, although it has extreme efficiency, can be detrimental to various environmental resources. These larger scale manufacturing methods hurt the Earth as a whole and we should be more educated on these ramifications. It may even point to a larger issue referred to as global climate change. It also is not necessarily sustainable to operate with these tools due to the high setup costs they garner. There is also a need to keep a copious amount of material to conduct all of these processes. A manufacturer is also typically producing in bulk with these methods, so overproduction is a natural consequence. We will analyze waste and how large manufacturing may be able to change this with a shift toward newer methods such as additive manufacturing.

In Injection Molding plastic pellets are pressed into a mold cavity and under pressure and heat become a certain shape. Injection molding produces low scrap rates relative to other traditional manufacturing processes like CNC machining which cut away substantial percentages of an original plastic block or sheet. This however can be a negative relative to additive manufacturing processes like 3D printing that have even lower scrap rates. Overall this is a method that does not produce a lot of scrap through initial production. The downsides that are associated with injection molding include high costs in terms of startup, molding, and tooling. 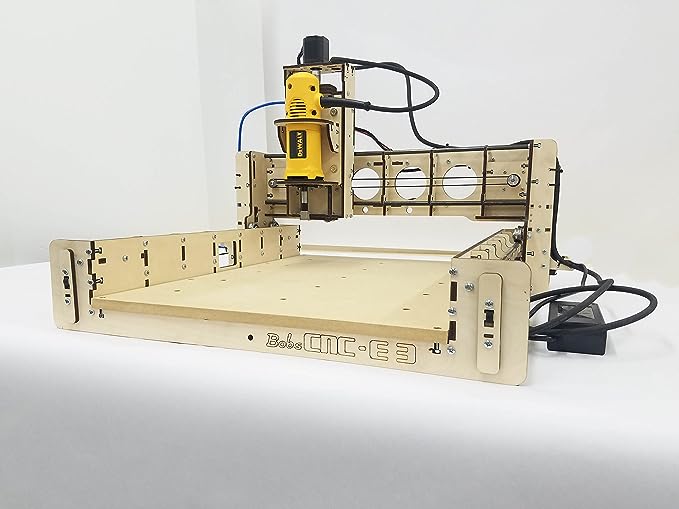 CNC Machining is a subtractive process. It will take a piece of material and cut out material from that item for usage. One can think of a wooden rectangular block for example. A CNC can then cut this into an intricate design. The issue then becomes how intricate of a design can work with CNC. CNC machines combine a motorized maneuverable tool and often a motorized maneuverable platform, which are both moved according to specific input instructions. Instructions are delivered to an NC machine in the form of graphical computer-aided design (CAD) files, which are transformed into a sequential program of machine control instructions such as G-code, and then executed. 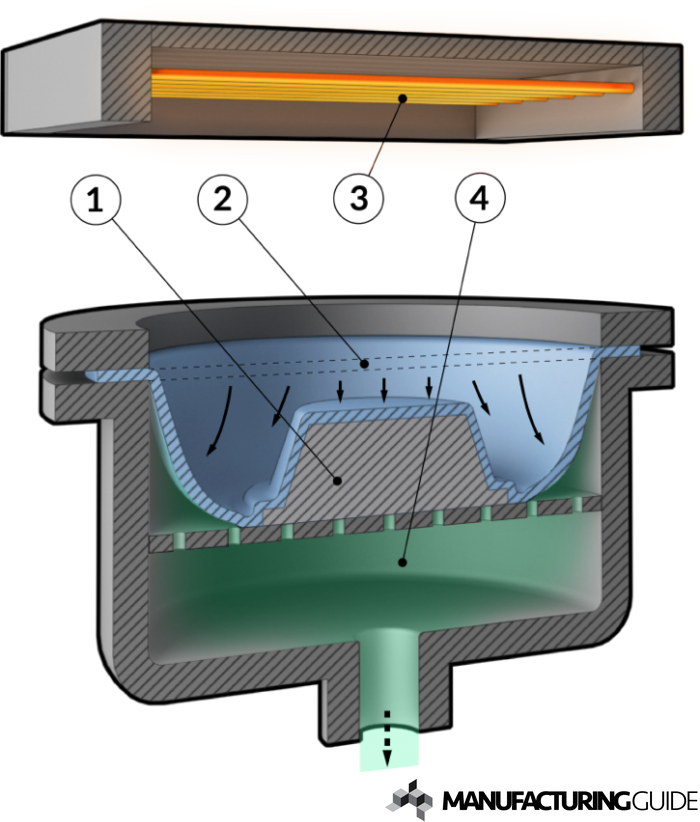 Vacuum forming is a simplified version of thermoforming, where a sheet of plastic is heated to a forming temperature, stretched onto a single-surface mold, and forced against the mold by a vacuum. This process can be used to form plastic into permanent objects such as turnpike signs and protective covers. This is one of the oldest techniques for modern manufacturing. There is an ability to reuse a lot of the plastic that is used within these processes but this may not be the case. 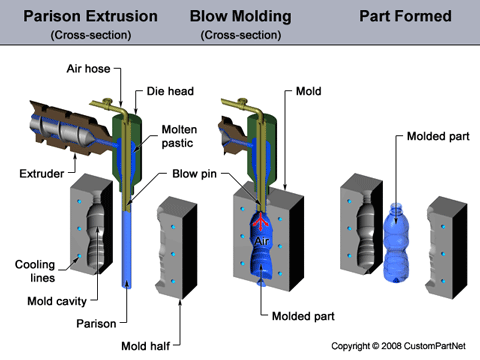 Blow molding is a manufacturing process that is used to create hollow plastic parts (such as water bottles) by inflating a heated plastic tube until it fills a mold and forms the desired shape. The raw material in this process is a thermoplastic in the form of small pellets or granules, which is first melted and formed into a hollow tube, called the parison. Lastly, after the part has cooled, the mold halves are separated and the part is ejected. As the diameter of a mold increases, the corners and areas with the thinnest walls have close tolerance.This refers to how an object will have physical barriers in its material strength and geometry, thus having a threshold for firmness. 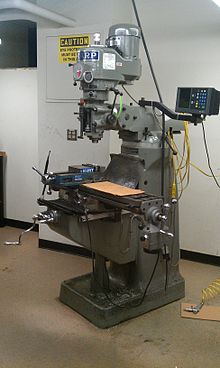 Milling is the process of machining using rotary cutters to remove material by advancing a cutter into a workpiece. This may be done varying direction on one or several axes, cutter head speed, and pressure. Milling covers a wide variety of different operations and machines, on scales from small individual parts to large, heavy-duty gang milling operations. It is one of the most commonly used processes for machining custom parts to precise tolerances. Milling can be done with a wide range of machine tools. The original class of machine tools for milling was the milling machine (often called a mill). After the advent of computer numerical control (CNC) in the 1960s, milling machines evolved into machining centers: milling machines augmented by automatic tool changers, tool magazines or carousels, CNC capability, coolant systems, and enclosures. Milling centers are generally classified as vertical machining centers (VMCs) or horizontal machining centers (HMCs). Milling machines tend to create a lot of metal debris and scraps after their use. This is another subtractive manufacturing process, so it is vital to contain and recycle all swarf or debris created from this process.

Stamping (also known as pressing) is the process of placing flat sheet metal in either blank or coil form into a stamping press where a tool and die surface forms the metal into a net shape. Stamping includes a variety of sheet-metal forming manufacturing processes, such as punching using a machine press or stamping press, blanking, embossing, bending, flanging, and coining. This could be a single stage operation where every stroke of the press produce the desired form on the sheet metal part, or could occur through a series of stages. The process is usually carried out on sheet metal, but can also be used on other materials, such as polystyrene. Progressive dies are commonly fed from a coil of steel, coil reel for unwinding of coil to a straightener to level the coil and then into a feeder which advances the material into the press and die at a predetermined feed length. Depending on part complexity, the number of stations in the die can be determined. Metal stamping companies can treat and recycle certain types of waste on-site.

Laser cutting is a technology that uses a laser to cut materials, and is typically used for industrial manufacturing applications, but is also starting to be used by schools, small businesses, and hobbyists. Laser cutting works by directing the output of a high-power laser most commonly through optics. The [laser optics] and CNC (computer numerical control) are used to direct the material or the laser beam generated. A commercial laser for cutting materials involved a motion control system to follow a CNC or G-code of the pattern to be cut into the material. The focused laser beam is directed at the material, which then either melts, burns, vaporizes away, or is blown away by a jet of gas, leaving an edge with a high-quality surface finish. Industrial laser cutters are used to cut flat-sheet material as well as structural and piping materials. Laser cutters have the same concerns of waste generation with other CNC machines as they are using a subtractive method. A water jet cutter, also known as a water jet or waterjet, is an industrial tool capable of cutting a wide variety of materials using a high-pressure jet of water, or a mixture of water and an abrasive substance. The term abrasive jet refers specifically to the use of a mixture of water and abrasive to cut hard materials such as metal or granite, while the terms pure waterjet and water-only cutting refer to waterjet cutting without the use of added abrasives, often used for softer materials such as wood or rubber. Waterjet cutting is often used during fabrication of machine parts. It is the preferred method when the materials being cut are sensitive to the high temperatures generated by other methods. Waterjet cutting is used in various industries, including mining and aerospace, for cutting, shaping, and reaming.

Further advantages are the capability to optimise geometries and create light-weight components that reduce material consumption in manufacturing and energy consumption in use; the subsequent reduction in transportation in the supply chain; and inventory waste reduction due to the ability to create spare parts on-demand. Overall AM is expected to become a key manufacturing technology in the sustainable society of the future. Much of this material cannot be recycled especially if it concerns photopolymers which are thermosets. Other thermoplastics can be recycled but this is usually done much lower down the value stream and may consume a similar level of energy to manufacture the original material.