Since we can already 3D print pasta, chocolate, watches, and prosthetics, the next frontier for the technology is the ability to print a 30 kW induction motor. The inside of a typical induction motor is filled with parts that are subjected to a great deal of stress in the forms of heat and electrical engineering. This has made them seem unlikely candidates for additive manufacturing.

Researchers at United Technologies Corp Research Center (UTRC) have entered into a contract with the Department of Energy through a program called the Advanced Research Project Agency-Energy (Arpa-E) to move this into the realm of the possible. The aim is to create an induction motor that does not utilize rare-earth magnets and that could be used in electric powered vehicles. They are not approaching this complex problem alone. Instead, they are working closely with partners such as the Connecticut Center for Additive Manufacturing, researchers and Penn State University, and an engineering consulting firm. Wayde Schmidt, UTRC’s project leader for this initiative described their approach:

“Our original proposal was to devise a single machine that made copper conductors, dielectric components, and steel laminations that were are co-located and adjacent to each other, with all having state-of-the-art properties. But there is a large technical gap to be bridged before we can fabricate parts of all three materials simultaneously on a single machine. So, we are dividing the problem into smaller chunks that can be addressed with a focused effort.” There is more to this problem than simply figuring out how to get the appropriate materials to work with 3D printing technology. There is a very good chance that traditional engine architecture won’t be the most appropriate way to build an engine that is manufactured in an entirely new way. Therefore, the researchers are also investigating a redesign of the motor that would take advantage of the additive manufacturing technologies rather than requiring the technologies to bend to fit the needs of older engine types. As such, they have a dedicated motor design task leader in Jagadeesh Tangudu. Tangudu discussed the creative process of developing a new engine design:

“A major portion of the project is devoted to finding a motor design that maximizes power efficiency under the assumption that the structures can be made with additive manufacturing. We haven’t yet constrained the motor design. It could end up being quite non-traditional. But there are a lot of challenges. Traction applications, for example, need constant power over a wide range of speed. The usual approach is to use flux weakening as a way of hitting high-speed operation, but induction motor characteristics don’t lend themselves to this sort of field weakening. There are some opportunities to innovate here, but that’s all I can say at this point.”

Offering only this tantalizing glimpse into the nature of the approach has many people speculating about the redesign, but the only thing the team is willing to reveal so far is that they plan to have a prototype ready by the end of 2015. The fact that the team has been tasked to create this new engine so that it does not use rare-earth magnets, begs the question of whether magnet based motors will ever be something in the purview of additive manufacturing.

To address this collateral issue, a team from Lawrence Livermore National Laboratory (LLNL) and researchers from Brown University are working together as part of the Department of Energy’s Critical Materials Institute to design a magnet that would both be super-strong and reduce the amount of rare-earth materials needed for its creation in the form of an exchange-spring magnets.

This type of magnet is more likely to be successfully produced by additive manufacturing technologies because its creation requires the extreme material precision that 3D printing brings to the table. An exchange-spring magnet requires the combination of two types of magnetic materials, termed hard and soft. The hard material is very difficult to demagnetize while the soft material retains its magnetism to a high degree after the magnetic field has been removed. These properties are known as coercivity and remanence, respectively. To create an exchange-spring magnet, these materials have to be placed in a checkerboard fashion with a spacing between them that is measured in nanometers. Dr. Scott K. McCall, CMI’s Deputy Magnet Thrust Leader explained the fit between that necessity and 3D manufacturing technology:

“The trick is that you need to have the hard material spaced between soft materials in such a way that the separation distance between them is only on the order of a magnetic domain wall. In many materials, that turns out to be a handful of nanometers. It is a simple idea, but trying to control materials at that level is something people have been working on for 20 years. We think with some of our advanced manufacturing methods we will be able to build up exchange-spring magnets brick-by-brick.”

While we won’t be buying either the induction motors or the exchange-spring magnets at the local hardware store anytime soon, they are yet further examples of the ways in which additive manufacturing technologies are not only changing the way things are made, but what we choose to make as well.  Let’s hear your thoughts on what 3D printed motors may mean for the future, and what applications may be best suited for such a technology.  Discuss in the 3D Printed Motor forum thread on 3DPB.com. 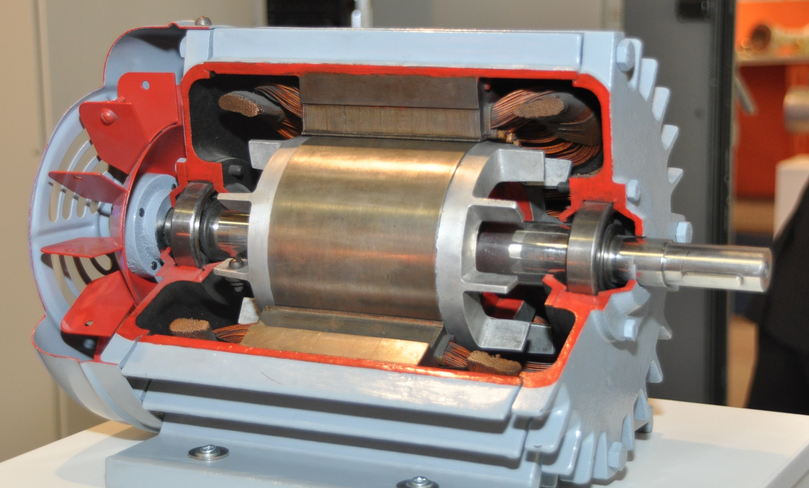