Court cases having to do with 3D printing are usually related to copyright infringement – and there are certainly a lot of those, as the legal system struggles to keep up with the convoluted intellectual property issues related to the expanding digital world. No 3D printing-related court case, however, is as well-known and controversial as Defense Distributed v. Department of State.

It’s been a long, drawn-out battle, beginning in 2013 when Cody Wilson, founder of Defense Distributed, published the open source files for his 3D printed handgun, the Liberator, online. The State Department ordered that he take the files down, and Wilson complied, but not before thousands had downloaded them and spread them elsewhere on the Internet. In 2015, with the help of gun rights organization The Second Amendment Foundation, Wilson filed a federal lawsuit claiming that the State Department had violated not only his Second Amendment but his First Amendment rights. By suppressing his right to share information online, Wilson argued, the State Department was violating his right to free speech. 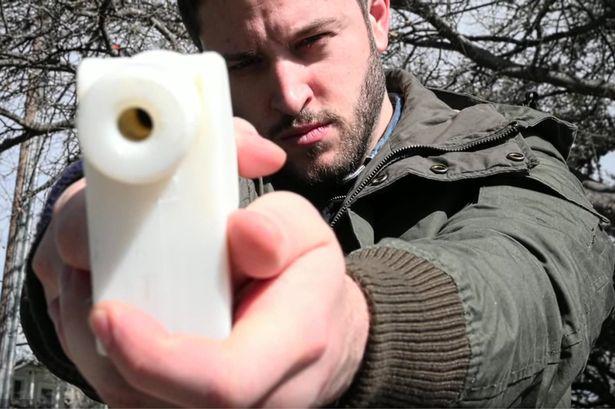 Wilson’s request for a preliminary injunction was denied, on the grounds that the safety of the public outweighed any damages Wilson had suffered from the alleged violation of his rights. As the State Department said in its initial letter to Wilson, posting files for weapons online may be in violation of the International Traffic in Arms Regulations (ITAR), as the files could be accessed by anyone, domestic or overseas.

Wilson responded by filing an appeal to the 5th Circuit Court of Appeals, but this week he was dealt another defeat, as the court ruled, in a 2-1 decision, that national security still supersedes Wilson’s right to free speech.

“Ordinarily, of course, the protection of constitutional rights would be the highest public interest at issue in a case. That is not necessarily true here, however, because the State Department has asserted a very strong public interest in national defense and national security,” the ruling states. “Indeed, the State Department’s stated interest in preventing foreign nationals—including all manner of enemies of this country—from obtaining technical data on how to produce weapons and weapon parts is not merely tangentially related to national defense and national security; it lies squarely within that interest.”

While it can be argued that the Liberator itself, a single-shot plastic handgun, doesn’t pose a major national security threat, it could be just the tip of the iceberg – the court’s ruling seems to have less to do with the nature of the original files and more to do with the possibly dangerous precedent they could set. Wilson announced earlier this year that he intended to make files for a 3D printable machine gun available online as soon as he was permitted to do so, generating a lot of concern from security experts. It’s not necessarily over for Defense Distributed, though. The case will now be sent back down to the district level for further review, and Wilson could appeal again, asking this time for an en banc hearing before the entire 5th Circuit rather than the typical three-judge panel. One of the judges on that panel was definitely sympathetic to Wilson’s cause, however. District Judge Edith Jones argued that the court showed zero regard for the First Amendment, and that the ruling falls into the category of “prior restraint on speech” – i.e., suppressing the publication of information before it has been published:

Jones’ opinion was in the minority, however, so for now, Wilson is back to square one. Meanwhile, he can continue designing and producing 3D printed weaponry, as well as selling the Ghost Gunner CNC mill designed to fabricate the lower receiver of an AR-15 semiautomatic rifle. The court reiterates that its ruling applies only to files published online: “With CNC milling files supplied by Defense Distributed…Ghost Gunner operators are able to produce fully functional, unserialized, and untraceable metal AR-15 lower receivers in a largely automated fashion. Everything discussed above is legal for United States citizens regardless of the outcome of this case. This case concerns Defense Distributed’s desire to share all of its 3D printing and CNC milling files online, available without cost to anyone located anywhere in the world, free of regulatory restrictions.”

Defense Distributed also sells pre-fabricated lower receivers for the AR-15 and the AR-10. It remains to be seen whether Wilson will continue to pursue his fight with the government – but considering how doggedly he has pursued it thus far, I suspect we haven’t seen the last of this case. Discuss further in the 3D Printed Liberator Handgun Creator Shot Down in Court forum over at 3DPB.com.