I’ve always been a fan of the zodiac in all of its forms. Regardless of whether or not you believe in astrology, it’s fun to look up your sign and see how well it actually reflects your personality. I’m comfortable with my Aries distinction in Western astrology, but I’ve always felt a bit unfortunate when it comes to the Chinese zodiac. I’m a Rat, which doesn’t carry a lot of positive connotations, at least for most people. So I have a lot of appreciation for 3D printing marketplace aoku3D and artist Biljana Klekackoska, who have produced a rat pendant so beautiful I would wear it without hesitation.

Klekackoska’s silvery filigreed rat is just one piece in the new zodiac jewelry collection that aoku3D has just introduced on Indiegogo. It’s the culmination of a project that was announced in March, in which the company would bring together several different artists to design Chinese zodiac-inspired jewelry as a tribute to the late Vietnamese artist Master Nguyen Tu Nghiem. The finished work, which reflects the influences of Master Nghiem, is a gorgeous collection of pieces both handcrafted and 3D printed, from several respected artists including: The talent of the artists shines clearly through the collection, which includes pendants, rings, and bracelets based on the twelve signs of the Chinese zodiac. The Indiegogo campaign, which aims to raise $25,000 in the next month, offers several pieces as rewards for backers, with contribution amounts ranging from $80 for a brass gold-plated rabbit pendant to $560 for a silver rooster ring. Most of the pieces are created using wax casting from 3D printed molds, although the work of Klekackoska and Koder is handcrafted and the jewelry created by Dean is directly 3D printed. Chinese astrology states that those who fall under a particular astrological sign are likely to have bad luck during the year of their sign (which I won’t argue with – 2008, the last Rat year, was not a great year for me), but that that bad luck can be mitigated by wearing jewelry associated with that sign. How’s 2016 going for you, Monkeys? Alas, your luck isn’t likely to improve this year, as the filigreed Monkey pendant (also from Klekackoska) isn’t among the rewards being offered from the campaign, but as soon as the campaign ends, all designs will go into production. Roosters, your year is up next, so if you (or someone you love – Christmas is coming all too soon) are willing to pledge $560 for a silver and red enamel ring, you can stave off 2017’s bad fortune before it begins.

The Zodiac Jewelry collection is a limited edition one, with only 100 of each design being produced (including the ones being offered as Indiegogo perks). Once the campaign concludes, the remaining collection will be offered in additional marketing campaigns from aoku3D. Free delivery is included with all pieces ordered through the Indiegogo campaign, and a portion of the proceeds will go to two conservation organizations: Orangutan Outreach, which is dedicated to protecting orangutans in their natural habitat; and WildAid, which is working to end wildlife trafficking. 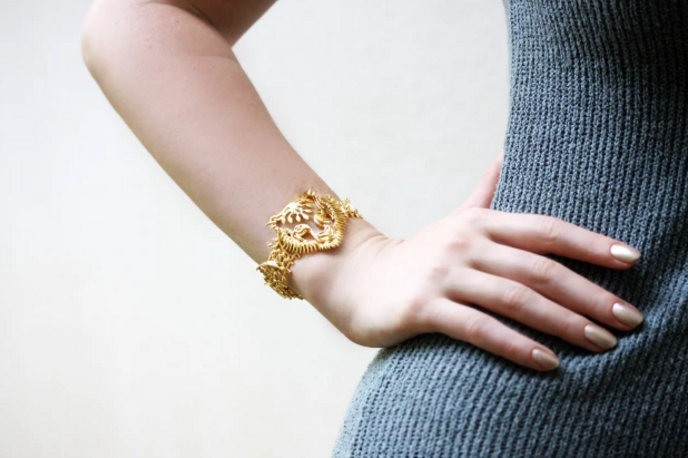 Supporting the Zodiac Jewelry campaign is for a good cause, then – or several good causes, depending on how you look at it. You’re helping endangered animals, while also – if buying a piece as a gift – potentially helping those disenchanted with their zodiac signs to embrace the beauty of their inner Rats. Discuss further in the aoku3D 3D Printed Jewelry forum over at 3DPB.com.